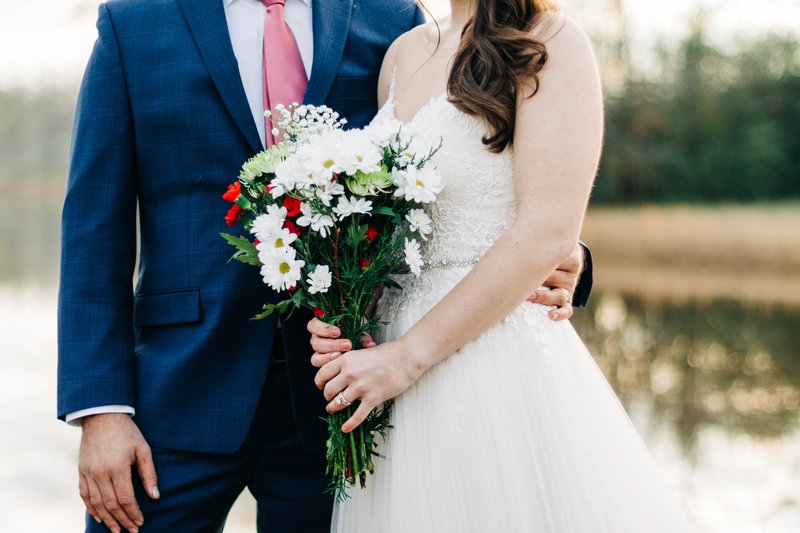 After months of wedded bliss, Lauren Speed and Cameron Hamilton are ready to welcome another family member soon!

Considered as the most successful couple to come out of the dating experiment "Love is Blind," Speed and Hamilton are now in the 18th month since they got happily married and started to live together.

During the recent "Love is Blind" reunion special, the crowd's most favorite pair spoke up with Entertainment Tonight about their plans on finally having a little Speed-slash-Hamilton as soon as possible.

"I am not getting any younger," Lauren said. "You heard my mom telling that my eggs are shriveling up and that's a real thing."

The couple started to laugh together upon hearing Speed's story about her mom telling her seriously that she wants to have a grandkid.

Since they adopted a puppy together, the couple treated their "fur baby" like their own kid and imagined how their future baby could be like it.

"He's still a puppy, so it's like literally our kid!" the future mom exclaimed.

The two then went on and talked about how they house-trained their pup -- from potty training to allowing it do "teething" -- which made them feel more like parents now.

They Want to  Inspire People!

The "Love is Blind" couple divulged during the same interview that they received overwhelming support from the people who got inspired with their story.

In return, they want to continue to be an example to their supporters by sharing more of themselves, most especially as they start their journey as a married couple.

"We've been touched by so many fans reaching out and just asking 'hey are we gonna see you guys?'" Hamilton said. "Do a spin-off? Or something else. And we would love to."

Previously, the two opened up to People about their relationship and the "overwhelmingly positive" support their fans gave them even after the show ended.

Lauren said that they received like 95 percent of love from fans that they almost jokingly threatened them that they should still be married.

The two also shared how they received a lot of messages from people saying how "Love is Blind" helped them restore their faith in love.

Because of the testimonies they learned from the show's viewers, they want to continue spreading the positive impact of their love story to the world.

Since the reunion special became the venue for the special announcement of their plans, Speed and Cameron fans showed their full support to the couple once again.

One fan wished them not to let the public or media pressure them over having a kid as soon as possible. The same fan explained how important it is for the couple to let their marriage mature before adding a baby to the family.

Another fan wrote, "As much as I love them and I would love for them to do a spin-off, these reality shows can be toxic as hell, and I would hate the media to come between them because what they have is so amazing."

"The way they look into each other's eyes when they speak is so beautiful," a "Love is Blind" fan commented.