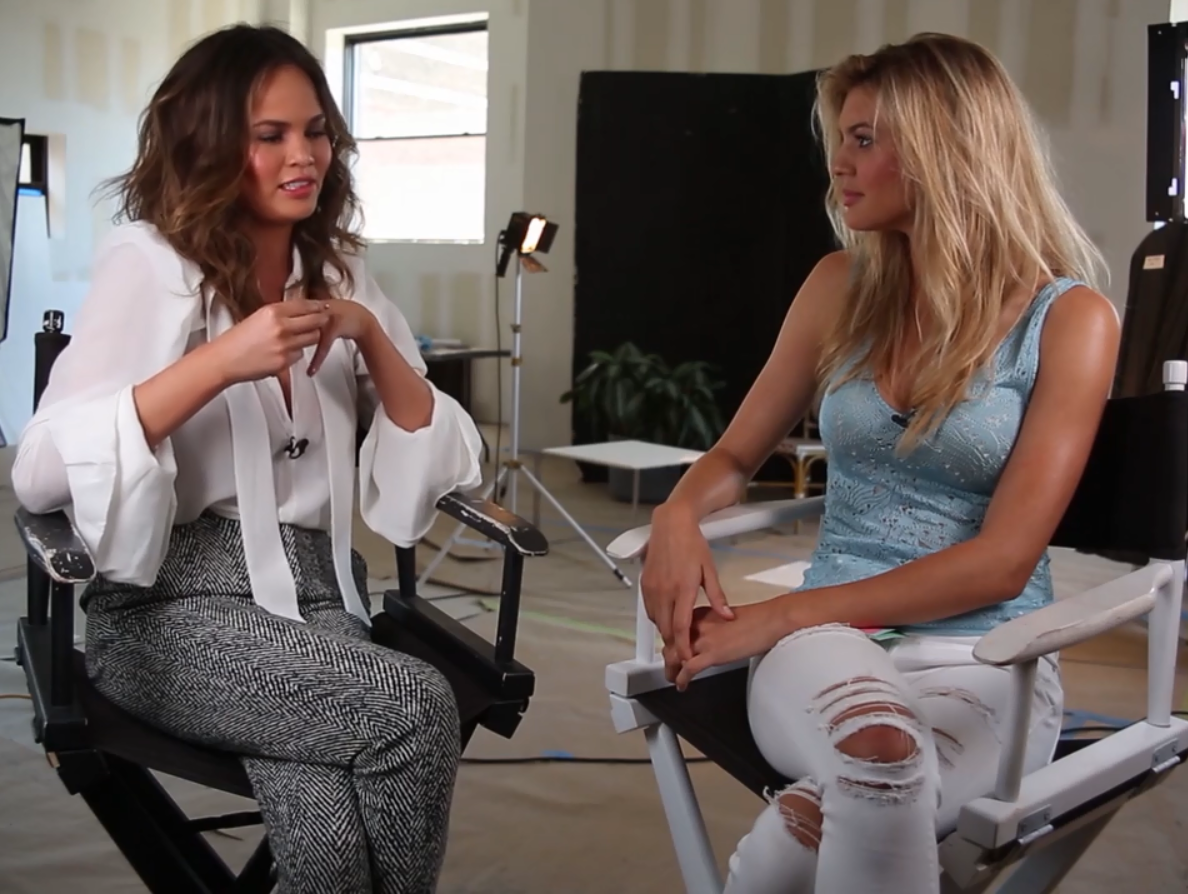 Chrissy Teigen felt satisfied when she had her breasts done years ago. But as a mother now, she has her reasons to feel screwed about having them.

In an interview conducted by Glamour magazine, the 34-year-old model opened up about her breast augmentation -- something she never talked about in public, not even once.

Teigen revealed that she had to undergo the procedure when she was still 20 years old for a swimsuit photo shoot. Since the model wanted her pair to look more lively if she had to lay on her back for a pose, an additional mass would be ideal to define her chest.

"But then you have babies, and they fill up with milk and deflate, and now I am screwed," Chrissy went on.

When asked if she did boob jobs to increase her self-esteem, Teigen said that she kept her cup size but filled them to make them look rounder and firmer than before.

"I had a quarter 'teardrop' cup in the bottom and filled out the breast line," she explained.

However, Teigen also expressed her desire to take them out now and have a lift instead. Sure, she knows she can replace them after 10 years, but the model also thought of her kids. They are the reason why she cannot take the risks of the surgery.

The mom of two continued and said that she does not want her future procedures to cause her to create unhealthy beauty standards.

Meanwhile, the 2019 "Sexiest Man Alive" replied to the tweet and said "they're spectacular."

Even her fans showered her with compliments and supported her.

One fan said, "I thought your boobies where all-natural. I'm perplexed. They do not look altered at all. Great job by your surgeon. I love your boobies."

"They still look good to me, perky or not ! (Trying not to be creepy, just complimentary) x," another one commented.

Teigen on Loving Her Body More

In the same Glamour interview, Teigen also proclaimed that she stopped criticizing her body after decades of shaming herself.

According to Legend's lovely wife, she used to weigh herself three times a day for eight long years. She became too body conscious over the past years.

But thanks to their children, Luna and Miles, she realized that she can be comfortable with her new normal weight after giving birth.

"It's very fulfilling not having that pressure of putting on a swimsuit and looking good for a magazine while running around a beach, which I did when I was modeling," Teigen stated.

Because of the miracle motherhood brought to her, Chrissy finally learned not to think that her body is anything less.