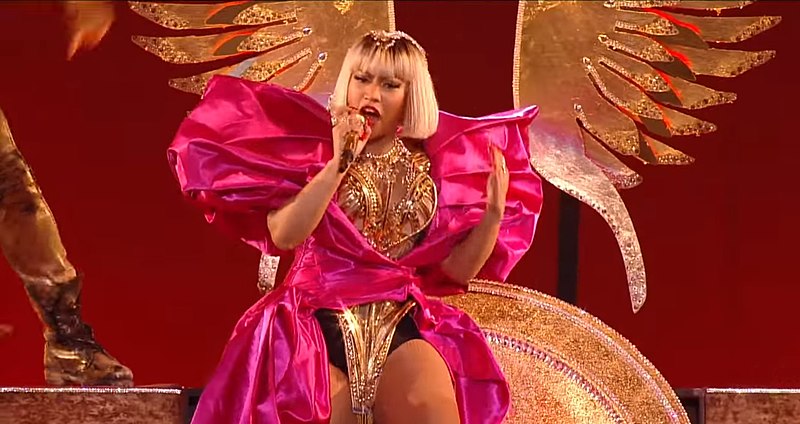 Nicky Minaj and her marriage with Kenneth Petty just started on the wrong foot. The beginning of their union has already been very controversial, and it was followed by yet another concerning news.

Despite everything that people had to say about her husband though, Nicki is standing right by her man and there is nothing that could make her change her mind.

Not a Deal Breaker

On Wednesday, Kenneth Petty was taken into custody because he reportedly failed to register as a "sex offender" in California. The U.S. Marshals confirmed the arrest with Hollywood Life, with Petty being taken before a judge where he pleaded "not guilty."

A source close to the "Anaconda" singer said that the arrest may be embarrassing, but it was definitely not a "deal-breaker" for Minaj and her marriage with Petty.

"She has known Kenneth forever and knows the person that he is," the source close to Minaj revealed. The source added that the singer only wants the issue to go away as quickly as possible.

"She will likely address it in an episode of Queen Radio, but she would rather that it won't happen again," the source furthered before saying those close to the couple believe that a simple incident as such is not going to lead her into leaving him.

"She is in love with him," the source confirmed.

A Mistake From the Past

A second source told Hollywood Life that the Minaj has decided to stand by her man in all these. "Nicki knows that Kenneth made a mistake in the past, but that doesn't change the person that he is," the source pointed out.

The "Super Bass" singer remains hopeful that what happened in the past would teach Kenneth a lesson.

Although people say that it was embarrassing for Nicki Minaj to have her husband arrested for being a sex offender, Minaj stays by her word. "If something like it happens again, that's when they would deal with it," the Hollywood Life source added.

For now, all is well in their household.

Legal Troubles Here and There

Everything began on November 15, 2019 when Petty got pulled over by traffic police in Beverly Hills. At that time, he was arrested but released on a bond worth $20.000.

The arrest confirmed that Petty was a registered sex offender in New York state. However, he failed to register himself in California as part of his status requirement. Every state has its own registration guidelines, but California mandates registration within five working days of moving residence. Since then, Kenneth has been battling legal troubles, as if all were haunting him from his past.

Kenneth Petty and Nicki Minaj have known each other since they were young. In fact, the two dated when they were teens.

Kenneth was featured in the singer's "MEGATRON" music video. They went public with their romance in late 2018 through her official Instagram account. A year later, on her "Queen Radio" show, Minaj confirmed that she and Kenneth were already married.

It is safe to say that the two have been through a lot in the past. It is only best that they stay beside each other through the good times and the bad.