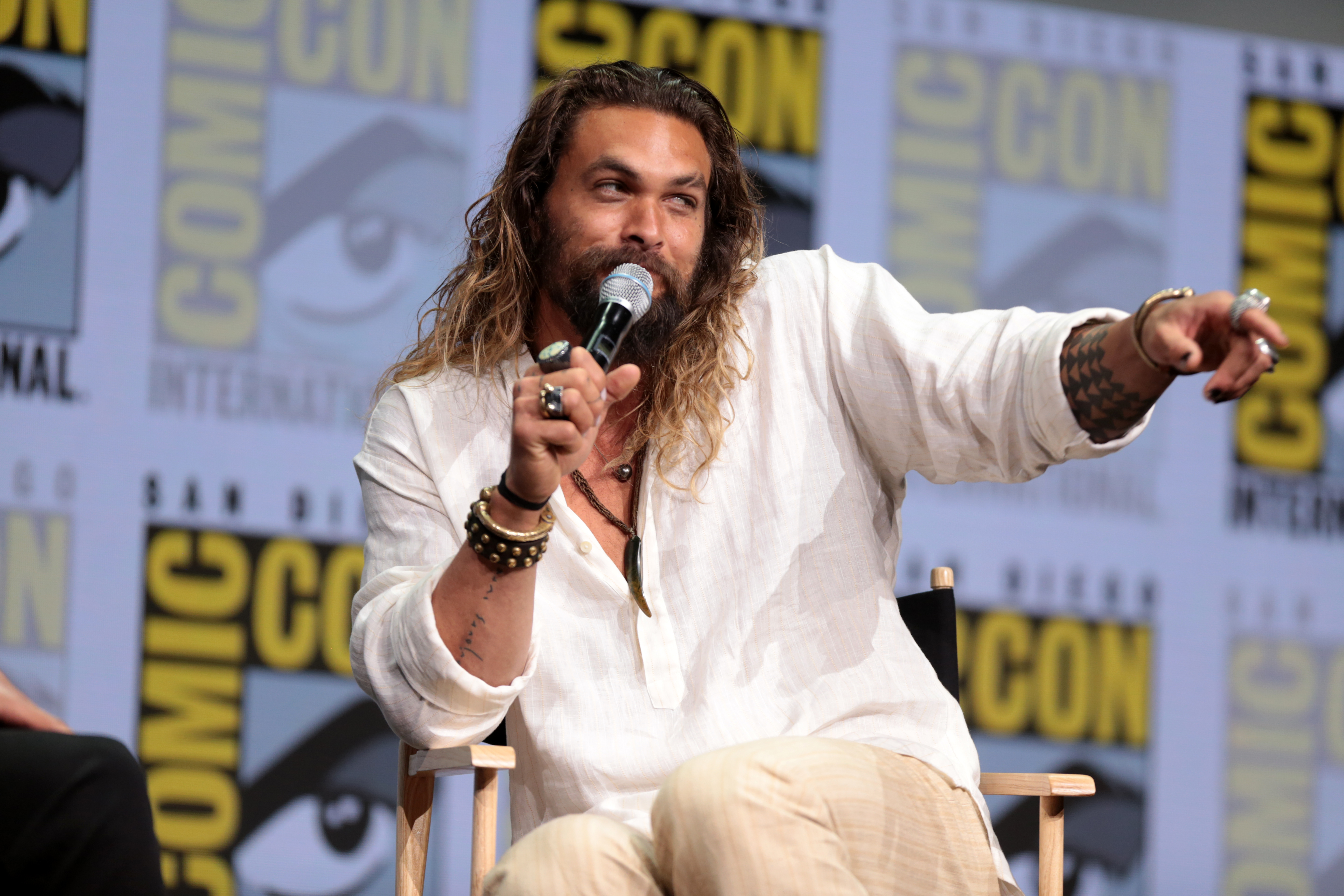 Jason Momoa only fanboyed over his idol, Mel Gibson. Instead of congratulatory messages though, he received heavy backlash in return.

On Thursday, Momoa disappointed his fans after he shared a few photographs of himself beside Gibson and his former "Game of Thrones" co-star Peter Dinklage.

The 40-year-old "Aquaman" star posted three pictures on the photoset and called Gibson as an icon. Momoa also acknowledged the 64-year-old "Braveheart" actor's existence and for making his childhood amazing through his creations like "Mad Max" and the "Lethal Weapon" series.

"And yes anything you need from me IM F****** IN MEL. good to see u as always peter you always light me up love u bro," Momoa wrote.

View this post on Instagram
ICON. legend MEL you made my childhood amazing MAD MAX MARTIN RIGGS WILLIAM WALLACE in my opinion even a greater director. thank you sir for APOCALYPTO and yes anything you need from me IM FUCKING IN MEL. good to see u as always peter you always light me up love u bro #intheworks #weartheflannelpete #gotthememo #punchmeimdreaming #lethalweaponchildhood #imafan. mahalo cale and mary aloha j A post shared by  Jason Momoa (@prideofgypsies) on Mar 5, 2020 at 5:02pm PST

Momoa did not explain what he is doing with Gibson and Dinklage. However, the inclusion of the hashtag "#intheworks" on the caption indirectly suggested that they are working on a project. Some speculate that it may be the "Wild Bunch" remake that Gibson talked about last year.

Deadline reported in May 2019 that Michael Fassbender, Jamie Foxx and Peter Dinklage have started the early talks for a "contemporary remake" of Sam Peckinpah's 1969 film "The Wild Bunch."

Since Gibson and Bryan Bagby allegedly co-wrote the script, it could why Gibson, Dinklage and Momoa are together.

Although Momoa's Instagram update garnered over 1.6 million likes as of this writing, some of his fans were upset about the encounter.

Because the fans wanted to protect the "Conan the Barbarian" star from Gibson's problematic past, they warned him by commenting on the photoset. Most fans reminded Momoa what the director and producer did in the past.

One Momoa fan said, "Sorry, but I just can't get past Mel's unsavory hateful rant."

"This is SO incredibly wack and disappointing, especially given you are a man of color married to a woman of color. Mel is not only anti-Semitic, he has espoused words and beliefs that are insanely racist, misogynistic and homophobic," another one wrote.

Another fan hoped that Gibson "has changed and grown." In addition, the same netizen said that while she believes in second chances, the "The Passion of the Christ" director's past behavior was really horrible to be forgiven.

What Did Mel Gibson Do in the Past?

The mind behind the success of the movies "Apocalypto" and "Hacksaw Ridge" was arrested way back in 2006 for drunk driving.

During the arrest, Gibson blurted out foul words against the law enforcement team -- including anti-Semitic and racial comments.

"The Jews are responsible for all the wars in the world!" the Hollywood star spouted at the time, according to the arrest report.

Aside from that incident, his ex-wife Oksana Grigorieva accused the star of both verbal and physical abuse that caused the actor to spend three years in probation, one-year domestic violence counseling, and additional two days of community service as part of his sentence.

The conviction was vacated in 2014.

In 2016, he finally opened up about his past demons to Variety's "Playback" podcast, during which Gibson referred to his 2006 arrest as an unfortunate incident.

"I was loaded and angry and arrested. I was recorded illegally by an unscrupulous police officer who was never prosecuted for that crime," Gibson said. "So, not fair. I guess as who I am, I'm not allowed to have a nervous breakdown, ever."

READ MORE: 'Last of Us' HBO: 6 Actors Who Could Play Joel & Ellie -- According to Fans