To see a company CEO or brand ambassador use something from the competitor's product list is like committing a mortal sin. Sure, they can use it for research and comparison purposes, but to see them use and promote it in public can be genuinely shocking.

That is why when people caught Kylie Jenner using a different product other than the one from her skincare line, people were left startled.

Aside from flooding our Instagram feeds with selfies and well-curated photos during her recent holiday in Palm Springs, California, Kylie also proved that she could also use budget-friendly products from time-to-time.

While enjoying some time under the sun, Kylie shared a series of photos and clips reminding her 165 million Instagram followers to use sunscreen during a hot summer day.

The makeup mogul blessed her followers' feed with some snaps of herself while wearing matching brown bikinis. Kylie showed off her body in full glory and demonstrated how she bathes herself with sunscreen by spraying a bottle in her entire body.

While Kylie's public service reminder is done with pure intentions, eagle-eyed social media users could not help but realize that she is using a budget-friendly brand instead of the newly launched SPF oil from her very own Kylie Skin line.

The youngest among the Kardashian-Jenner crew recently launched her sunscreen oil that boasts a "broad spectrum SPF 30" worth $32.

Earlier this month, Kylie also took to Twitter to share a glimpse of her new face sunscreen, which she introduced as her buyers' "new best friend."

"My face sunscreen is too good I had to tease. This formula is weightless, invisible, and soo smooth," Kylie wrote alongside a clip of her rubbing a generous amount of the product on top of her hands.

Some of her followers pointed out that Kylie is using a Banana Boat sunscreen brand, which is more affordable than her Kylie Skin SPF Oil.

Judging from the bottle's appearance with colors blue and orange, it is clear that Kylie is using the said brand in the said Instagram post. Banana Boat's multiple praying hands emoji comment is also a clear admission and 'thank you' message to Kylie for using their product. 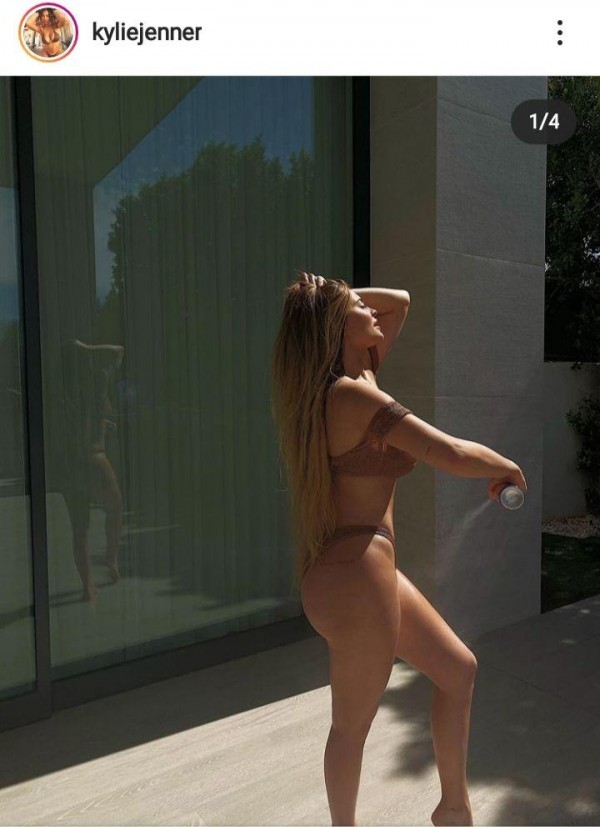 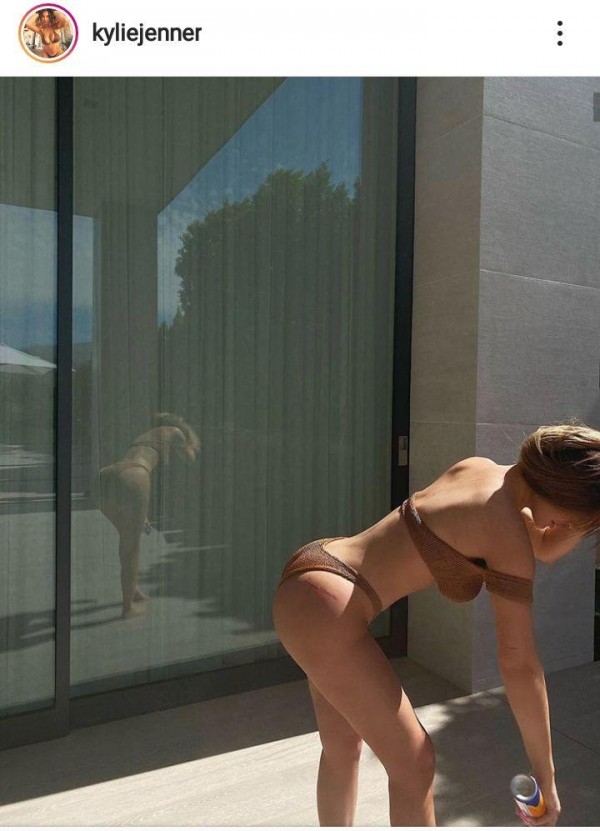 Some fans called out the beauty cosmetics mogul, saying that she failed to be loyal to her own brand.

"But why are you not using your own sunscreen?" one user commented.

"Girl that ain't no Kylie skin sunscreen," another one added.

"I guess you don't like your own brand of sunscreen, but the rest of us are supposed too?" one follower wrote.

But Kylie was quick to redeem herself and explained why she is not using her own brand for the peace of mind of her followers.

"Ugh, I'm out of town, and my mom is a hater and doesn't have any here," Kylie wrote.