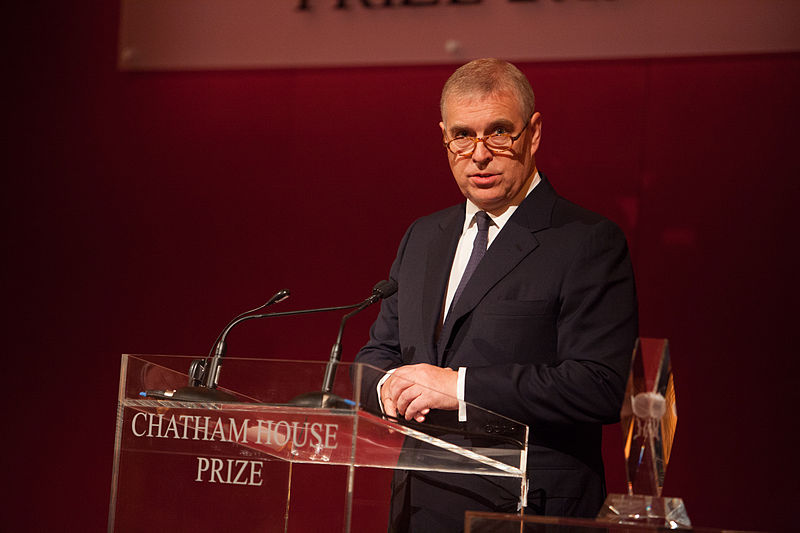 The Federal Bureau of Investigation (FBI) is still having a hard time getting the full cooperation of Prince Andrew in their investigation of the late Jeffrey Epstein.

Last week, U.S. Attorney for Southern District of New York Geoffrey Berman said that despite the Duke of York's commitment to help with the investigation fully, the 60-year-old Prince has "completely shut the door" on giving his voluntary cooperation.

According to reports, Prince Andrew's lack of cooperation is not only based on his own decision, as he was merely persuaded not to work hand-in-hand with the investigating body.

It turns out that Queen Elizabeth II's son has been connected to Epstein's alleged pimp, Ghislaine Maxwell, who convinced the Duke to completely snub the authorities as it will not do him any good.

In an interview with The Sun, Ghislaine's family friend Laura Goldman said that Epstein's so-called "madam" and Prince Andrew's lawyers had convinced him not to talk to the FBI.

"Ghislaine told me that yes, the lawyers and Ghislaine have finally convinced Andrew that it would do no good for him to talk to the FBI," Goldman said.

The source added that Ghislaine thinks that Prince Andrew is a very honorable man, who initially offered his full cooperation since he knows he has nothing to hide.

However, the pimp, who has been in hiding for seven months, has successfully persuaded the Duke to do the opposite thing.

"But it was Ghislaine who persuaded him that it didn't matter. The FBI will never be satisfied. Nothing happened. However, the FBI doesn't want to hear that," Goldman explained.

"The FBI has no case, but Ghislaine says that they won't admit it," Goldman continued, adding that the FBI is only destroying the "good man" out of Prince Andrew.

Ghislaine also allegedly said that the attempt to question Prince Andrew is the FBI's "public ploy and reeks of desperation."

Goldman also revealed how Ghislaine and the Duke of York shared a good laugh talking about U.S. President Donald Trump's statement, saying that his justice department will quiz Prince Andrew. The old pals mainly laughed about how Trump used the term "his," as if he personally owns the investigating body.

"She told me that they both had a laugh at the thought of Donald Trump agreeing to have 'his' justice department question Prince Andrew. With Donald Trump referring to the DOJ and Attorney General as 'my,'" Goldman said.

Ghislaine's friend added that it only shows that the old pals -- with Epstein as their common friend -- are still in good terms despite the scandal and even though the "madam" has gone into hiding.

Ghislaine's comments through a friend came after Prince Andrew's alleged victim and Jeffrey Epstein's sex slave, Virginia Roberts Giuffre, commented that the Duke of York is "guilty as sin."

Giuffre highlighted that Prince Andrew is not cooperating with the U.S. prosecutors investigating Epstein's crimes because he is hiding something.

"That was expected - I knew he'd never help with any probe or investigation because he's guilty as sin," Roberts said in a Twitter post.