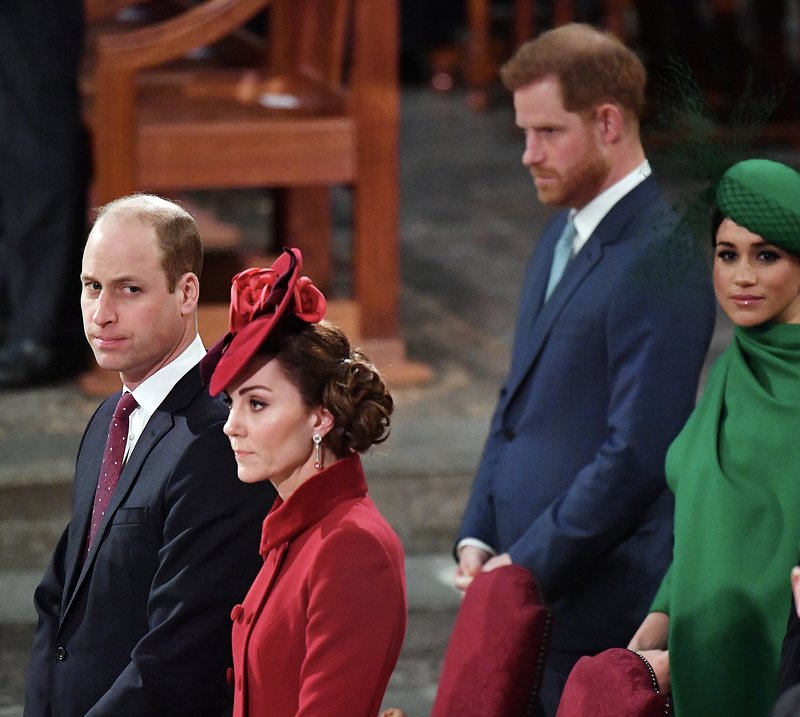 Prince William, instead of offering a sweet farewell, felt nothing but fury for Prince harry and Meghan Markle during the Sussexes' final royal engagement, a body language expert claims.

The Duke and Duchess of Sussex said their goodbyes to the royal family during the Commonwealth Day Service at Westminster Abbey on March 9. It is also where Prince William allegedly failed to hide his "anger" toward Harry and Meghan.

According to body language expert Parri Wood in her interview with Marie Claire, the Duke of Cambridge obviously felt irritated upon seeing the royal couple in the event.

"He's doing a comfort palm, that palm down on his leg, which is comforting and suppressing his emotional state or he's trying to suppress how he's feeling," the expert claimed.

Wood pointed out that when Prince William put his fist on his leg, it only meant that he tried to suppress his annoyance. Also, the duke did a lip suppression, which unveiled that he was trying to conquer his emotional state.

To recall, the Daily Telegraph reported that Harry was so surprised by William's "cold and perfunctory greeting" that he told his wife, "He literally said: 'Hello, Harry,' and that was it and he didn't say anything more than that."

Moreover, it can be seen in numerous photographs that Prince William displayed furrowed brows that could signify his true feelings.

"He's got a slight lip suppression, very slight, titled at one side, he has conflicted feelings on trying to hide how he's feeling, but the glare is an angry glare," Wood went on.

Prince William appeared to have shared his emotions with his wife Kate Middleton that her movements also got translated by the body language expert.

"There's a slight pursing of the lips and slight sadness in the eye that we see," Wood said of Kate's actions.

Per the body language expert, Kate pursing her lips meant that what happened "does not taste good" to her. Aside from anger, the Duchess also reportedly looked sad during the Commonwealth Day service.

Prior to Prince Harry and Meghan's bombshell announcement about their departure, there has already been a pre-existing rift between the two royal princes.

According to royal author Leslie Caroll during her interview with express.co.uk, the differences between Prince William and Harry's wives made their relationship even more complicated than ever.

"William has not always felt warmly toward Meghan, he needs to accept that she's Harry's wife, the mother of their son, and the woman he adores-his soul mate," the royal author said.

In the past, there was a time when Meghan approached Prince William, but he just shrugged her off. The Sussexes fueled the issue more after they decided to split from the joint charity they shared with the Cambridges.

Harry and William's different personalities and interests also contributed in making things between them even worse. In addition, their dissimilarities prevented them from having a "warm relationship," most especially when they are both "fiercely protective" of their families.