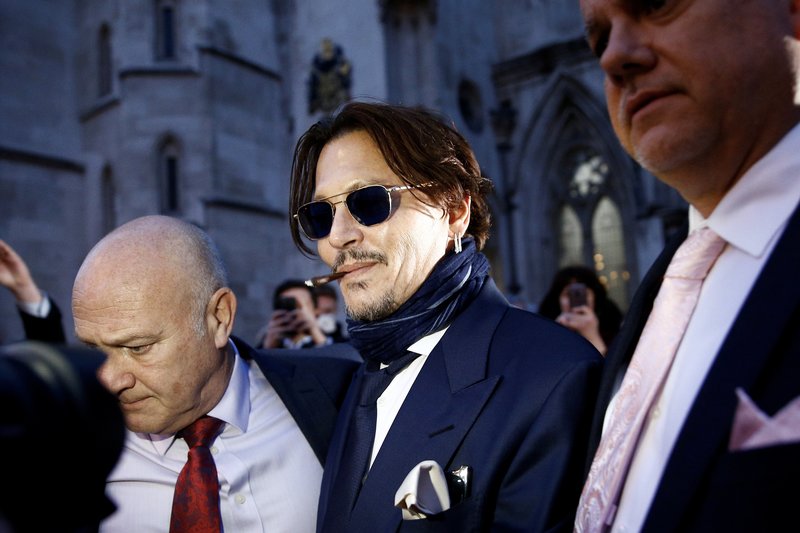 Johnny Depp has been receiving massive support from a number of artists in the entertainment industry. This time, Penelope Cruz stood for him and defended him against Amber Heard's accusations.

To support Depp, Cruz wrote a declaration and stated that she has known the "Pirates of the Caribbean" actor for many years now and that he has never displayed any violent behavior.

According to the 45-year-old "Vicky Cristina Barcelona" actress, Depp has never been violent to her -- whether in a social or professional setting. She stated in her declaration that she was only 19 years old when she started to work with him.

Cruz starred in many hit films with Depp, including "Pirates of the Caribbean: On Stranger Tides" and "Murder on the Orient Express."

As the years went by, Cruz claimed that they have built a good relationship not only as co-stars but as friends as well.

"I've always been impressed by his kindness, his brilliant mind, his talent, and his peculiar sense of humor," the actress stated. "I've seen Johnny in so many situations and he is always kind to everyone around. He is one of the most generous people I know."

Cruz then went on and said that what the "Aquaman" star said was "wildly different" from the Depp she knew. She added that the accusations against her friend made her confused and upset at the same time.

Aside from Cruz, the actor also got a massive support from his former fiancée, Winona Ryder.

Like the Spanish "Vanilla Sky" actress, Ryder also released her legal declaration to the defense of Depp.

As stated on the document obtained by The Blast, the 48-year-old "Stranger Things" actress said: "I do not want to call anyone a liar but from my experience of Johnny, it is impossible to believe that such horrific allegations are true."

Ryder and Depp met in 1989 before they starred together in the 1990 fantasy film "Edward Scissorhands."

According to the actress, Depp is also his best friend and with that fact alone, she felt like she had to speak up from her own experience to clean the actor's name.

"I obviously was not there during his marriage to Amber, but, from my experience, which was so wildly different, I was absolutely shocked, confused and upset when I heard the accusations against him," Winona shared.

Like Cruz, Ryder never experienced nor saw Depp being violent or abusive towards her or anyone else.

Two years ago, JK Rowling became one of the first people to defend the actor.

In fact, she got roasted for casting Depp to play the role of Gellert Grindelwald, but she did not budge and released a statement on her website saying that she and the directors decided to keep Depp on the cast of the next "Fantastic Beasts and Where to Find Them" film.

With all these women who stood still to protect the actor from Heard and her claims, people can ponder that he might be really the victim all along.