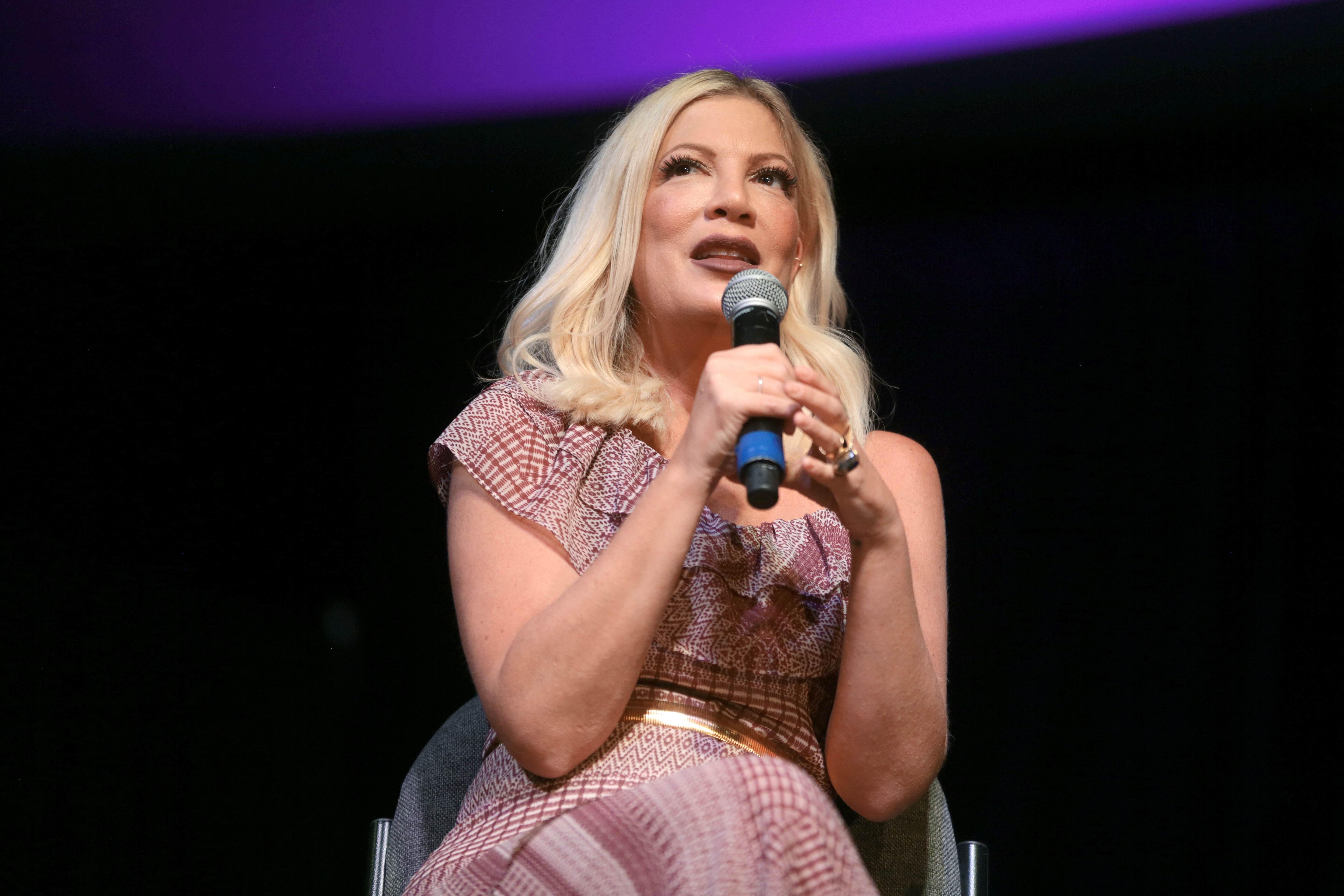 Most of the celebrities flock to Instagram Live to entertain fans while everyone is at home and isolating themselves from the crowd.

However, it turns out to be the other way around to TV personality and socialite Tori Spelling after she was criticized for posting a racially inappropriate photo of her daughter.

Tori Spelling Slammed for Being Racist?

The "How to Lose Your Lover" star shared in her Instagram Story of a photo of her 8-year-old daughter, Hattie, while imitating a character she called "McQuisha."

Her daughter was posing with Cheetos tied to each finger, to make it look like long fake nails while sporting a green handkerchief around her hair.

"Days kept inside we have to get creative... Hattie has become McQuisha in her Cheeto extension nails!" the actress wrote.

Fans slammed the 46-year-old actress for depicting and mocking the stereotypes of black women.

"You should probably read how negative stereotypes reinforce prejudgement towards black people and how your stunt with your daughter will now follow you everywhere you go," posted by one netizen.

Another online user added: "Your [sic] truly an ignorant low-class racist who's raising a child & you need to APOLOGIZE. I'm appalled and you're [sic] lower than low and ultimately disgusting."

She explained that her daughter was mimicking the character of Shanaynay and it wasn't her intention to hurt other people.

"I posted a story the other day that upset many of you. I'm truly sorry. That was NOT the intention at ALL. Hattie is 8. We watch and adore old reruns of 'Martin.' She loves the character Shanaynay. She made up that name with 'Mc' bc her last name is McDermott. She was reenacting the other top fun and amazing character from 'Martin,'" the actress posted on her Instagram.

Spelling also added: "She is innocent and didn't mean anything by it. I should have thought about how it could have been perceived and misconstrued before I posted it. I did not. I'm truly sorry."

The actress was referring to the hit American TV sitcom "Martin" starring the stand-up comedian Martin Lawrence during the 90s.

Just like other celebrities, the "Scary Movie" star and her family are remaining inside their home and practicing self-isolation.

Different stars have urged the public to participate in health official's protocol to stay indoors and avoid social gatherings or non-essential trips.

Pop icons like Lady Gaga shared her day 6 of self-quarantining with her boyfriend Michael Polansky.

RnB singer JoJo took this as the opportunity to make a rendition of her 2004 hit song "Leave Get Out" with new coronavirus-themed lyrics, which has gone viral.