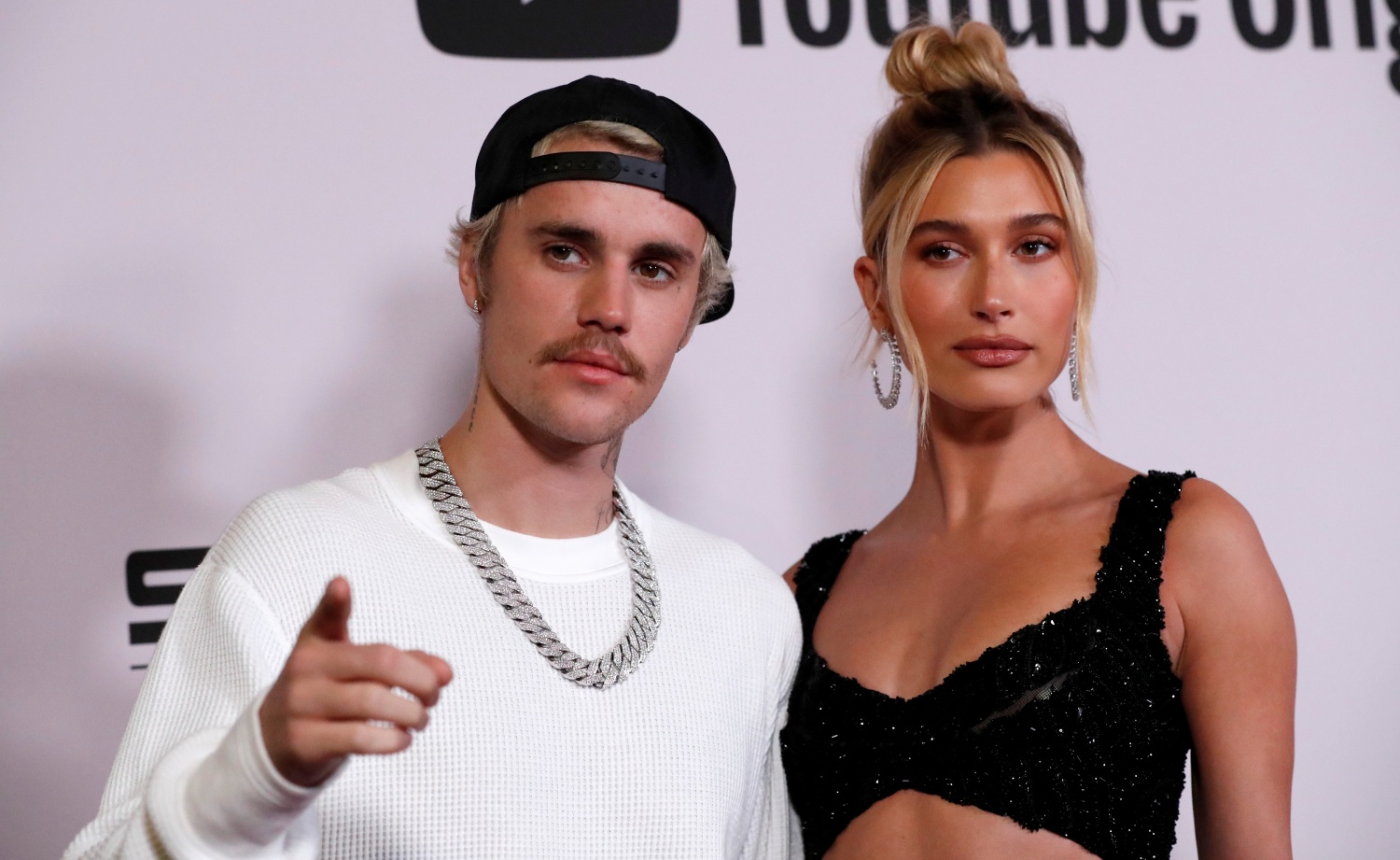 Justin Bieber and Hailey Baldwin Bieber forget about social distancing and choose to have fun as they self-isolate. They're grateful for many things.

Justin and Hailey decided to jet to their home in Canada as soon as President Donald Trump and Canadian Prime Minister Justin Trudeau announced their decision to temporarily close the border between the United States and Canada due to the coronavirus pandemic.

A source told HollywoodLife that since non-essential travels are already banned, the couple decided to spend their time watching TV series, movies, and even record TikTok videos to offer themselves the best time.

"Justin and Hailey are treating this time together as almost like a Honeymoon. They are relaxing and hanging out watching TV and movies. They are praying together and he is singing her songs, and they are just being close and trying to pass the time any way they can," the insider said.

The source went on and stated that since the "Yummy" singer and his supermodel wife have so many outlets that they can easily share what is going on between them in a second.

Meanwhile, a second source claimed that the 26-year-old performer is having a great time with Hailey, and they are grateful to be able to spend their time in self-quarantine in Justin's country.

"Justin feels blessed for several reasons right now, but it definitely helps that he and Hailey were able to make it to Canada before the border closed because that's his home and where he feels safest with Hailey during this pandemic," the source divulged.

In addition, the "What Do You Mean" hitmaker is said to be feeling lucky to have the 23-year-old IMG Models representative by his side during a time like this.

In order to shift his attention away from negativities, Justin chose to become busy by focusing on his art projects and exercising at home with Hailey since he knew that this is a very serious crisis.

Say No To Social Distancing, Make Out Instead?

The outbreak truly gave Justin and Hailey some time to love each other more.

On March 19, their pal and the pastor of the Churchome went live on Instagram and showed their lovely affections instead.

"Look at these lovebugs," Judah proclaimed as he focused the frame on the couple who was holding each other in their arms as the husband planted sweet kisses on Hailey.

Justin answered their pal's statement and said, "This is the love of my life. This is my whole existence. She's my favorite."

The Teen Choice awardee continuously gave his wife smooches before asking her what they should do next around Justin's Ontario property.

The singer's estate is on 101 acres of land which includes lakefront access. On March 18, he even shared a glimpse of it as they posted a picture of them kissing alongside the caption "My quarantine partner."

Since the end of the quarantine period is yet to be determined, their fans can still expect more videos and updates from the couple starting this day forward.

READ MORE: Justin Bieber, Hailey Baldwin Will Have A Baby in 2021 After All THESE