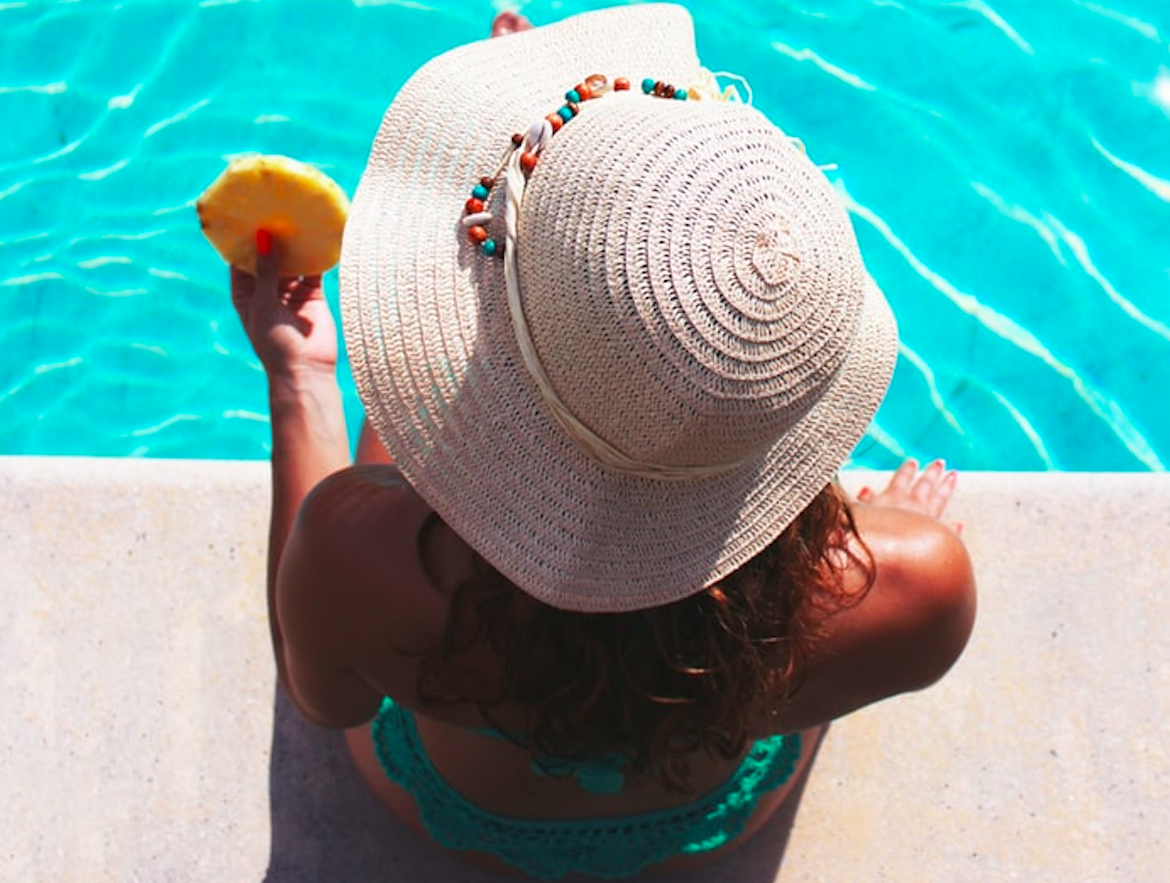 Former "Bachelorette" star Hannah Brown seems to be enjoying herself these days.

Brown posted a picture of herself in a tiny baby blue bikini, captioning the swimwear shot: "What's more contagious than a smile? Just trying to spread some love her rather than fear, not making light of the situation."

Her head is partially blocked by the large leaves of a palm tree on the first photo and in the second, she twirled her loose hair as she beams for the camera.

Brown's bikini showed off her curves, athletic physique including her outline of abs, toned stomach and muscular arms. She also kept it casual by going for a no-makeup look in both photos while her hair was naturally worn down.

Her fellow "Bachelor Nation" stars Ann Sluss and Desiree Siegfried showered her with praise and commended that she looked stunning.

It is unclear where the photos were taken since it looked like it was in a tropical paradise. However, not many were happy with her post that has more than 200,000 likes.

People all over social media are angry about the star's attempt to make light of the coronavirus crisis that the world is facing.

In one tweet, though she is a fan of Brown and regardless of how she feels about the reality TV star trying to "lighten the mood," the fan emphasized that "people are dying" and "losing sources of income" so her post is "incredibly sensitive."

Though other Twitter user praised Brown's picture of looking "all cute and glowy," the user mentioned that there have been so many companies that have shut down due to the coronavirus, adding "it is not because of a contagious smile."

While hate was directed towards her, some followers wanted to know what is the lowdown on her relationship with Tyler Cameron.

Some of the 25-year-old's followers asked if it was her ex-boyfriend Tyler Cameron who took the picture since they have been spending so much time together.

There have been rumors that they have rekindled their romance after being seen together early this month; however, their relationship is said to be just platonic for now.

According to an insider who told Us Weekly, "They have a lot of love for each other. They're great friends and have a lot of fun together and it's simple as that."

The insider added that it has been a busy year for the former couple and now, because of the quarantine, they finally found some time in the schedule to reconnect with each other. But the insider said not to lose hope as both Hannah Brown and Tyler Cameron are open to working on their romantic relationship in the future.

In the 15th season of "The Bachelorette" which aired last year, Brown asked Cameron out after discovering that the original season winner, Jed Wyatt, has a serious girlfriend right before courting her on the show.

The rumors said they were on-again, off-again because Cameron was once linked to supermodel Gigi Hadid from August 2019 until October 2019.

It was only on March 7 when Hannah Brown goes to Jupiter, Florida to comfort Cameron because of his mother's death when the dating rumors ignited.

During an Instagram Live hosted by Brown, it was noticed by watchers that she and her former beau seemed awfully flirty throughout.