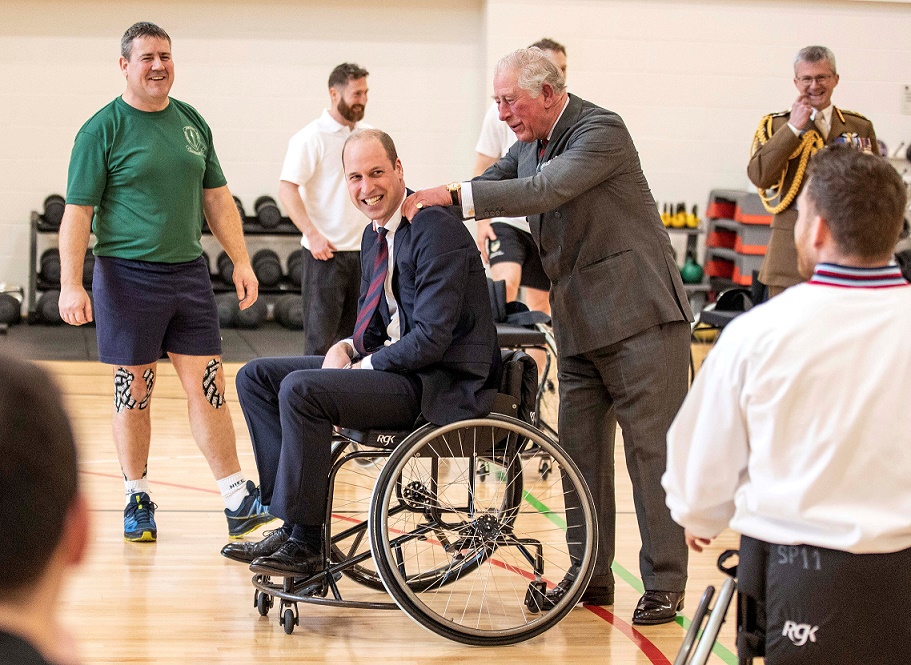 Prince Charles, the 71-year-old father of Prince Harry and Prince William, has recently tested positive to the coronavirus -- a diagnosis that was confirmed by Clarence House on March 25.

He is currently locked up inside his estate in Balmoral, Scotland, together with his wife Camilla, Duchess of Cornwall.

According to Variety, the Prince of Wales is experiencing mild symptoms and otherwise remains in good health. He has even started working from home throughout the last days.

While the heir to the throne seems to be doing well, his diagnosis is probably concerning for the rest of the family members, especially his sons.

According to UK media correspondent Neil Sean, it is Queen Elizabeth II who is in a video call with Charles because she is reportedly worried, "as any mother would be."

Sean also explained that Prince Harry and Prince William are now on speaking terms again, and their rift has already ended as they talked to their father.

"Both brothers have linked with up to Charles via video and joked and made him feel happy that they were together again," Sean shared.

Though Prince Harry, who is living in Canada, really wanted to be with his father "straight away," the Prince of Wales forbade his son from traveling.

An insider told the Daily Mail, "Meghan said Harry's been in touch with his dad. Of course, he's frustrated. She said they both are frustrated because they are doers and want to do so much more to help."

However, Prince Charles assured his sons that he "will be fine."

Because of what has happened to their father, the brothers have put away their differences to worry and care for Prince Charles.

As per previous reports, the Duke of Cambridge and the Duke of Sussex have been in a feud for years.

There has been a slew of rumors as to what exactly caused the royal rift, and a lot of these rumors include their wives, Meghan Markle and Kate Middleton.

Katie Nicholl, a royal expert, believes that the older brother questioned the swift speed of his younger brother's engagement to the former "Suits" actress.

The pair dated for less than a year before they announced they were engaged, and in less than two years, they got married.

According to the royal expert, Prince Harry reportedly did not take too well the remarks of the father-of-three.

"Harry is 'hugely protective of Meghan,' leading him to take William's questioning personally, and as an insult and criticism of his relationship with the former actress," Nicholl shared.

Another rumor that is said to have started the brothers' rift is because of Meghan, who reportedly made Kate cry and sparked an argument between the Duke of Sussex and her grandmother, Queen Elizabeth II.

According to reports, the incident was when the mother-of-one was choosing a tiara for her wedding, and Queen Elizabeth refused her first choice. Prince Harry reportedly reacted by yelling, "What Meghan wants, Meghan gets!"

Meghan reportedly made her sister-in-law cry during Princess Charlotte's fitting for her royal wedding. Insiders said Kate was tired of Meghan's demands.

(Richard Pohle/Pool via REUTERS TPX IMAGES OF THE DAY)