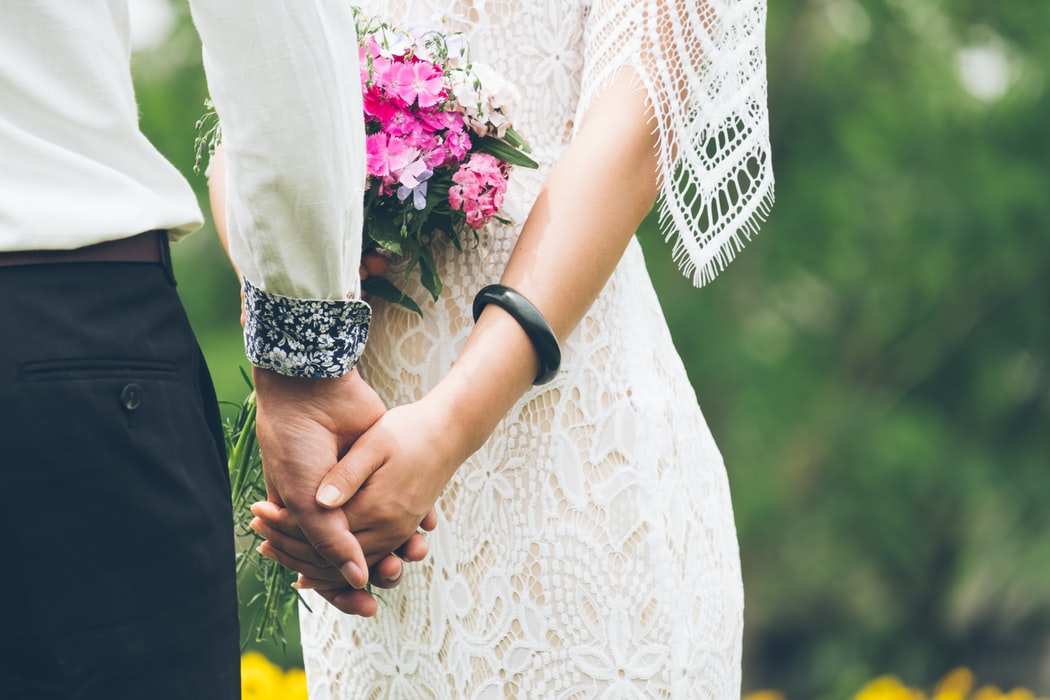 On March 25, the daughter of the late "Crocodile Hunter" Steve Irwin, Bindi, married her boyfriend of six years Chandler Powell.

Bindi and Chandler shared photos of their wedding, with the bride waring a lace gown with a matching headband while the groom was wearing a light blue dress shirt and khaki pants.

The couple married at the Australia Zoo, where they live with Bindi's mother, Terry, and her younger brother Robert. They wed just before the Australian government banned large weddings.

Local journalists were able to capture photos of Bindi and her husband hiding under white umbrellas to avoid paparazzi, as musicians set up at the end of the altar -- which was nothing but empty patrons.

Despite the coronavirus pandemic, the couple went ahead with the wedding that had been planned for almost a year, though with major changes.

In her Facebook post, Bindi explained they did not have any guests at the wedding apart from her family.

"We've planned this beautiful day for nearly a year and had to change everything, as we didn't have guests at our wedding. This was a tough decision, but important to keep everyone safe," Bindi wrote.

The wildlife conservationist assured everyone that they would share photos and videos to friends, family, and fans since only five of them were at the wedding as everybody in Australia is practicing social distancing.

She also shared how they honored her late father during the ceremony.

"Today, we celebrated life and reveled in every beautiful moment we shared in our Australia Zoo gardens. Chandler became my husband, and together, we lit a candle in Dad's memory. We shared tears and smiles and love."

Bindi's mother reportedly helped her get ready, while her brother walked her down the aisle.

The zoo was unable to share additional details of Bindi's special day.

Australia Zoo teased they are in the process of working on an exceptional project that will ensure Bindi and Chandler's wedding is shared with everyone, as per USA Today.

Her mom Terri, an American, first met Steve at the Australia Zoo in 1992. She came as a visitor while he was a zookeeper.

Professional wakeboarder Chandler Powell, also an American, first met Bindi while he was visiting the Australia Zoo with his family.

The couple announced their engagement in July 2019.

In an Instagram post, she said, "On my birthday, I said 'yes' and 'forever' to the love of my life."

When asked where she planned to do her 2020 wedding back then, Bindi told USA Today that she would like it to be at the Australia Zoo, where friends and family will surround them.

Who Is Chandler Powell?

For those who do not know who Chandler Powell is, he is a Florida-native who permanently relocated to Australia to live with Bindi's family.

He discovered a passion for wakeboard as a child and has started competing professionally in the sport at the age of 15.

Chandler earned himself some sponsorships and has traveled the world for competitions, but according to his website, he has not competed since 2016.

He currently works at the Australia Zoo with Bindi and is an active member of the Wildlife Warriors program.