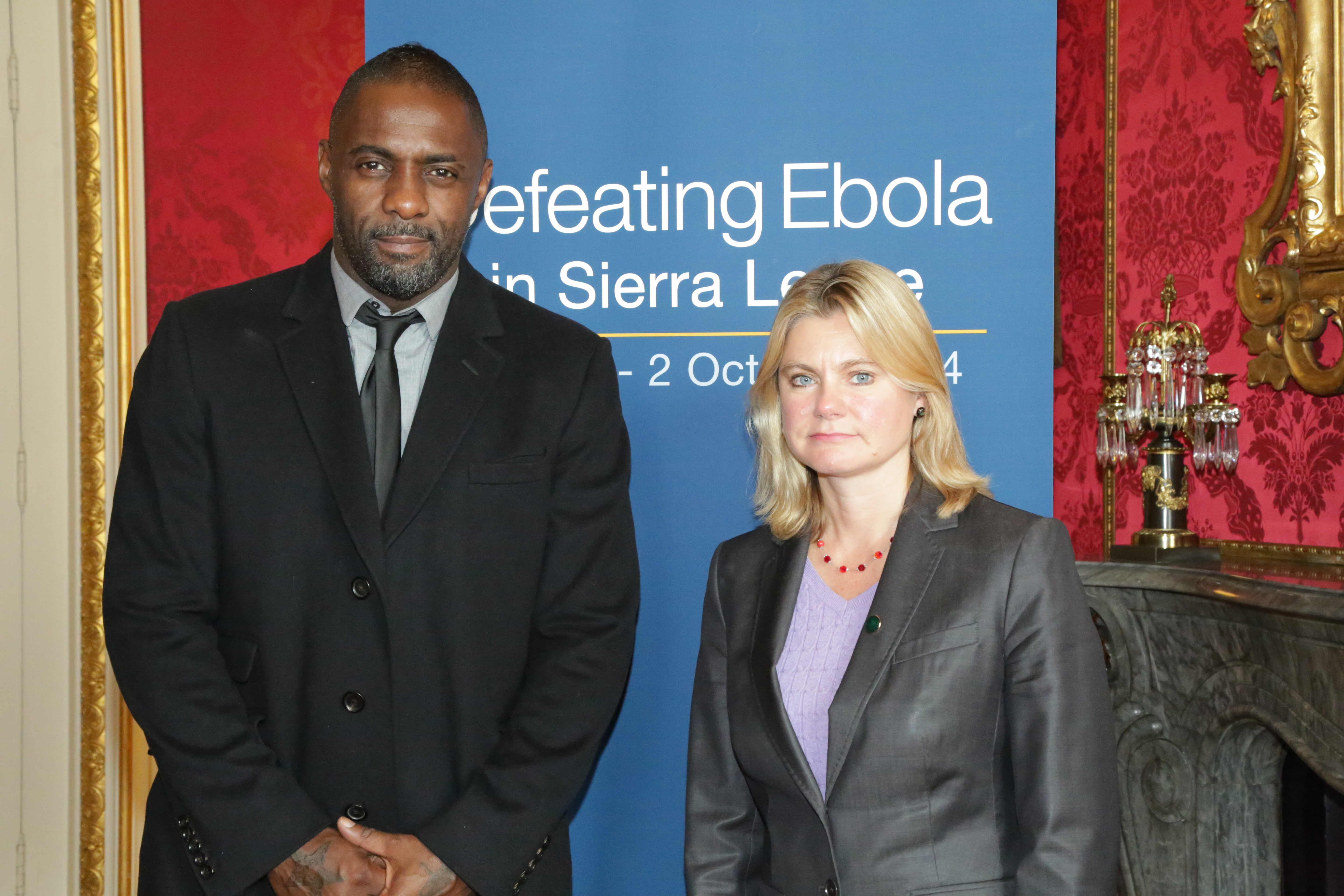 It seems like Idris Elba will finally win his battle against the coronavirus soon.

On Wednesday, Idris once again delivered an update on Twitter regarding his current health status.

"Hoping everyone is coping with this $@@!! Currently still in quarantine. Sab [Sabrina Dhowre Elba, his wife] and I still feel ok so far with no changes," the 47-year-old "The Mountain Between Us" star narrated along with a self-portrait of him.

He went on and informed his 2.9 million Twitter followers that their attending physician told them they will develop immunity after their quarantine period since their antibodies reportedly battled with the virus already.

Idris also expressed his homesickness, adding that they want to jet back to their home in London as soon as possible.

Hoping everyone is coping with this $@@!! Currently still quarantine.. Sab and I still feel ok so far with no changes. Dr told us that after quarantine we will be immune for a certain time since our antibodies fought this. At some point we’d like to go home to London. Bsafe pic.twitter.com/M9wppoSa7i — Idris Elba (@idriselba) March 25, 2020

A few weeks ago, the actor confirmed on the same social media platform that his test results showed that he caught the deadly virus though he showed no symptoms.

The writer and producer also mentioned in the same video that he kept himself isolated a week before his diagnosis after he found out that that he got exposed to someone who previously tested positive for the same virus.

To recall, although he did not reveal who that person is, Idris attended the WE Day 2020 event in London earlier this month, during which he met Sophie Grégoire Trudeau, the wife of Canadian Prime Minister Justin Trudeau. Sophie later on tested positive for coronavirus.

Recently, on Day 13 of his quarantine, Idris presented himself on Instagram live together with his wife Sabrina and confirmed that she also got tested positive for the disease even after showing no symptoms like him.

After posting his recent update, Idris' fans sent him well-wishes once more.

One fan wrote, "Wishing you a speedy recovery! That's for allowing us into your home. It help us to believe how real this virus is. If the star of Pacific Rim can get it......... anyone can! Blessings to u!"

"Stay quarantined and get better. You and wifey will be the cure for the rest of the world," another one said.

However, some commenters also asked him if it is possible to develop immunity, and if it is, they inquired if it would even last for a long time.

In an article published by the New York Times, they confirmed that those people who survived the virus can possibly become immune to it -- but it is still with some significant uncertainties.

"You probably would make a good immune response before you even become symptomatic again and might really blunt the course of the disease," Dr. Florian Krammer, a microbiologist at the Icahn School of Medicine at Mount Sinai in New York, said.

A few days ago, he and his colleagues developed one such antibody test that could be scaled up in days to weeks.

Even Public Health England did its job by purchasing millions of antibody tests.

Alhough it is possible to build resistance against coronavirus, celebrities like Idris still urged his fans to be vigilant while the medical organizations and governments are trying their best to minimize the number of hosts.