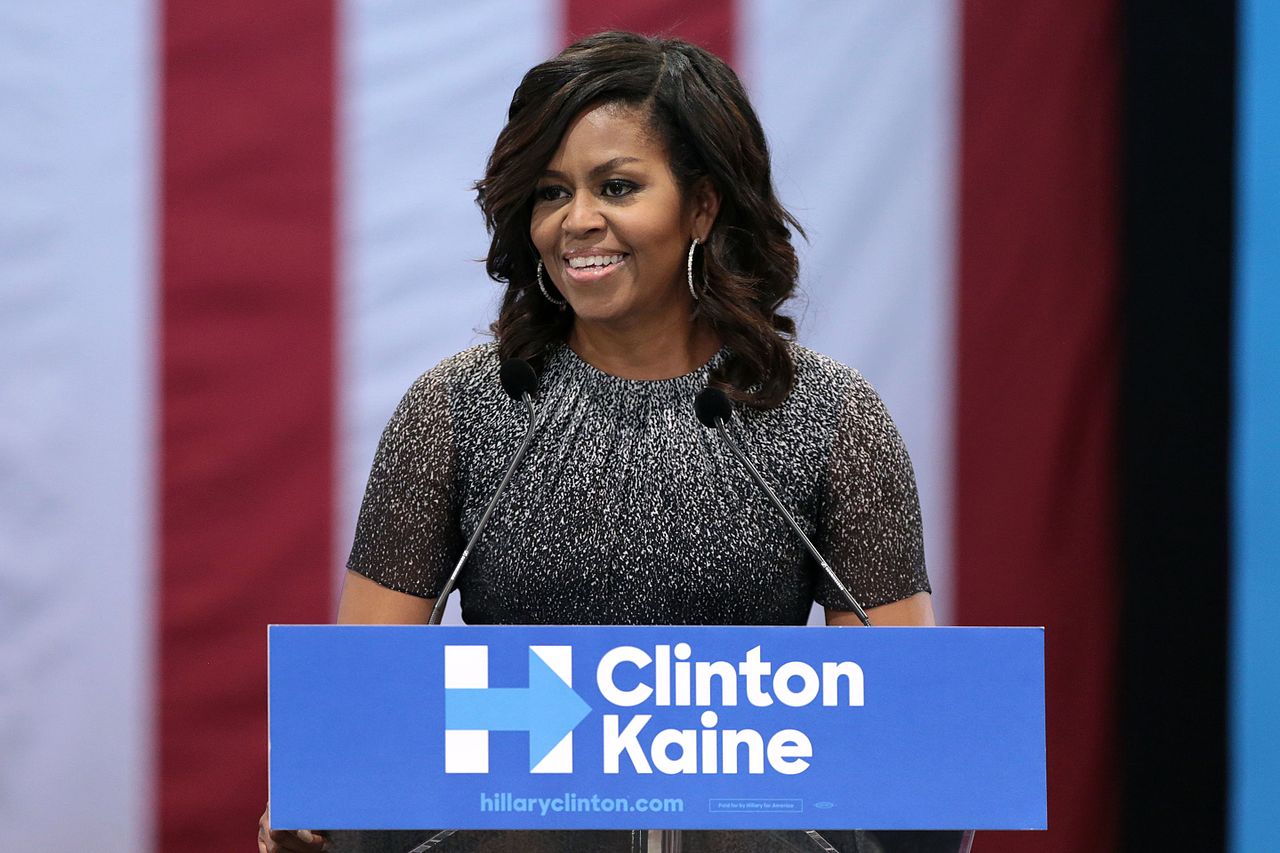 Much like the rest of the world, Barack and Michelle Obama, along with their daughters, are also figuring out ways how to keep busy while self-quarantining during the coronavirus pandemic.

On Monday, the 56-year-old mother of two opened up to talk show host Ellen DeGeneres about how her family is spending their time together at home.

According to the former First Lady, it's all about sticking to their routine.

She added that since the girls are back because colleges are online, "they're off in their respective rooms doing their online classes."

However, the Obamas are not at all studying or working.

As per Michelle, "We've also got a little Netflix and chilling happening."

Barack, Michelle, and their two daughters, Malia, 21, and Sasha, 18, are likely staying indoors at their Washington, D.C. home.

Ellen couldn't resist ribbing Michelle about having both of her daughters back under her roof, after enjoying an empty home for just seven months.

Ellen quipped, "My condolences that the kids are home because you were expressing how happy you were that they were gone."

To which Michelle jokingly answered, "I know! I shouldn't have boasted about that. The gods were getting me back."

Malia is a junior at Harvard University where both Michelle and Barack studied law, and Sasha is a freshman at the University of Michigan.

On the positive side, Michelle has something good to say about the coronavirus crisis.

She opened up to Ellen that this is the time to sit down with each other and have real conversations and having to occupy ourselves with tech gadgets.

"It's a good exercise in reminding us that we just don't need a lot of the stuff that we have."

Michelle also mentioned that she feels terrible for the folks who are suffering because of what's also happening to the economy.

"We have to be mindful about what we're going to do to support these folks when this quarantine is over, and people are looking at what's left of their business and their lives."

Speaking about a valuable lesson, she wants Sasha and Malia to understand is to be grateful for what you have "and be ready to share it when the time comes."

She stressed that when times are bad, it's a reminder that having each other and having a healthy life is essential.

"Now, we're just happy that we're together, and everybody is healthy and safe. Who cares about the other stuff?"

On March 25, 61,000 people joined a dance party Instagram live-stream hosted by Brooklyn DJ D-Nice, with some help from Michelle Obama.

The live stream has initially been created in collaboration with Obama's voter registration organization, When We All Vote.

Oprah Winfrey, David Beckham, Will Smith, Vanessa Williams, Amy Schumer, Janelle Monáe, Timbaland, and Chaka Khan were just some of the 61,000 other viewers.

According to its website, When We All Vote is a non-profit organization that aims to raise participation in every election. The organization has a few A-list co-chairs, including Michelle Obama, Selena Gomez, and Janelle Monáe.

READ MORE: OFFICIAL! Meghan Markle Is Back In Hollywood With New Disney Role