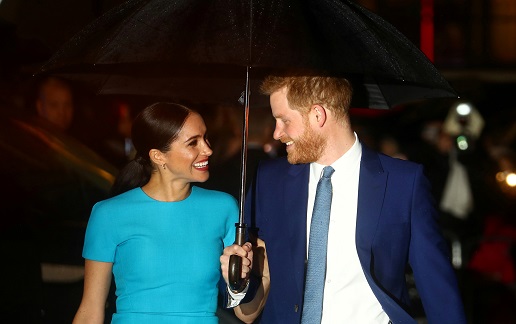 When Prince Harry and Meghan Markle's decision to step down as senior members of the royal family hit the headlines, people are furious and were left wondering why.

While some said that it is only a matter of time for the Duke and Duchess of Sussex to quit the royal life, some are still puzzled about why a born and trained Prince would take such extreme measures for a woman who is not even born with the same privileges.

Much has been said and done about the royal plot twist of the year. Even during their last few days as working royals, Meghan and Harry have been badly scrutinized by the public who are angered with their decision to drop their responsibilities and cut ties with the royal family.

While the duo may look like a total villain, in the real and romantic world, we must say that these two have just conquered a major hurdle in their relationship.

As everybody is still fuming with fire with the so-called "Megxit," why do not we look at the positive side and understand why Meghan and Harry had to take this extreme measure to protect each other and their little family.

The idea of leave and cleave is being practiced by families all over the world. Although Meghan and Harry are technically not living under the same roof with the rest of the royal family, they are still tied with them due to duties and responsibilities.

So flying to Canada or California to find their own identity and live a private and independent life is a bold move for two people who wanted to create a family of their own.

Even before tying the knot, Prince Harry has been an advocate of prioritizing mental health. In an emotional statement in October 2019, the 35-year-old Duke said that he had been a silent witness to Meghan's suffering from the media scrutiny.

"To stand back and do nothing would be contrary to everything we believe in," Harry said.

So by stepping back from all the things causing Meghan's breakdown is merely setting a good example for men to be mindful of their wife's mental health.

It's Okay To Stay Away From Toxic People

One thing that "Megxit" taught us is that it is totally fine to cut ties with toxic people, be it a family member, a friend, colleague, or simply the people around you.

Staying connected with people causing your misery will take a toll on your health in the future, so might as well do you and prioritize your welfare.

Harry's royal biographer Angela Levin once said that even at a young age, the Duke thinks that he failed to protect his mother, Diana -- Princess of Wales. This is maybe the reason why he is doing everything he can now to shield his wife and 10-month-old son from the media.

I bet Princess Diana is smiling up from where she is right now and proud of the man her son has become.