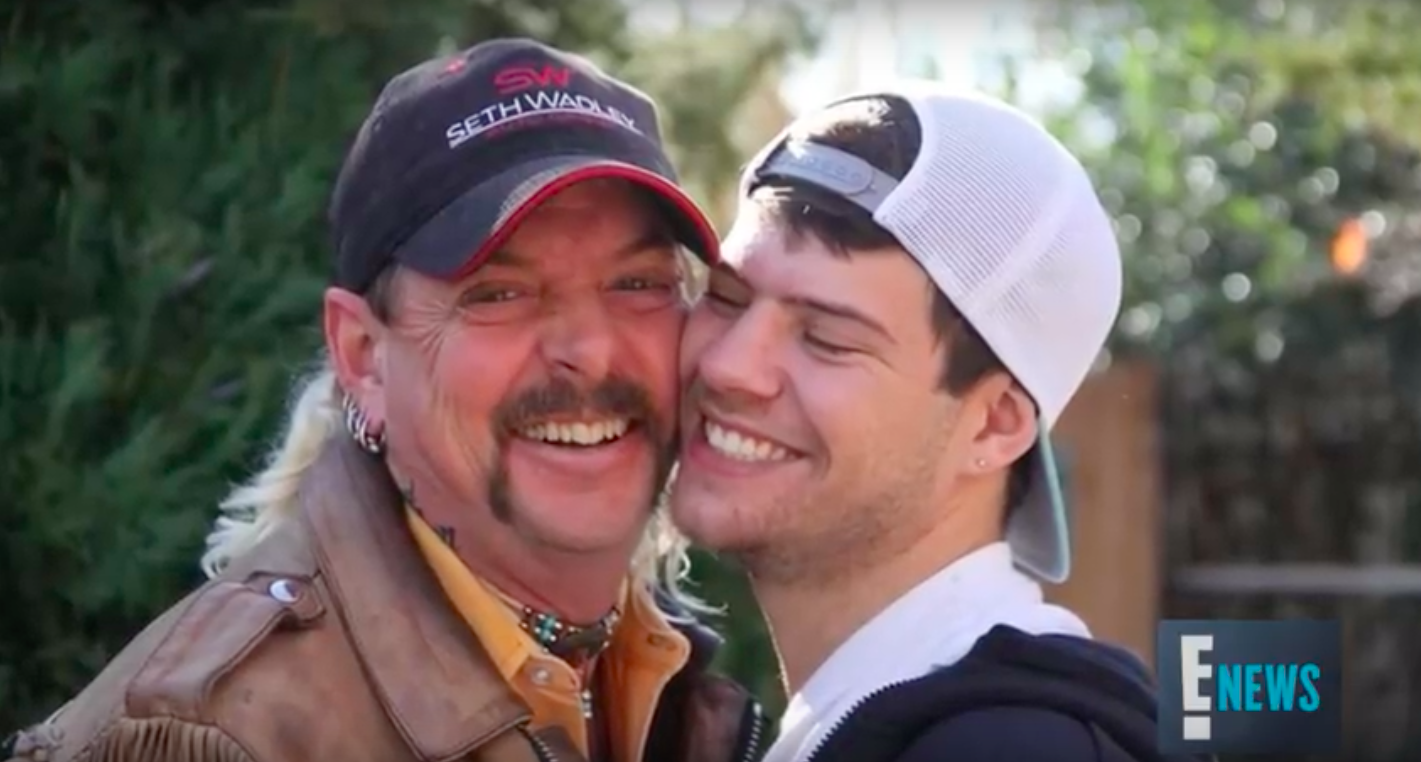 Joe Exotic, the main figure in the recently released Netflix true-crime series, "Tiger King: Murder, Mayhem and Madness," has named an actor he wants to play him in any future film adaptation.

Talking to The Hollywood Reporter about the now incarcerated Exotic (whose real name is Joe Maldonado-Passage), the creators of "Tiger King" Eric Goode and Rebecca Chaiklin has revealed that the former zoo keeper had previously shared his casting preferences for a hypothetical biopic, without realizing that there was already a Joe Exotic limited TV series in active development.

"He would like Brad Pitt or David Spade to play him. He doesn't refer to David Spade as David Spade - he refers to his as 'Joe Dirt.'"

While Pitt and Exotic don't seem to look the same in the appearance department, Brad Pitt has always displayed some Exotic-esqueroles in different films, such as "12 Monkeys" and "Burn After Reading."

The 56-year-old actor could even be game to do the gig for "Tiger King" because he's "a little obsessed with comedy right now," he told Variety in January.

David Spade, on the other hand, is also the same age as Exotic. On his talk show "Lights Out with David Spade," he was able to talk to the original "Tiger King" crew members such as John Reinke and Kelci "Saff" Saffery.

Though Exotic hasn't seen the seven-part docu-series yet, he is aware of his newfound fame and loving it.

Chaiklin revealed, "He's been cut off from phones, but Joe is somebody who has always wanted to be a star, and so he's very excited for this to have captured people's attention the way it did."

His husband Dillon Passage told Andy Cohen in an interview that Exotic was happy to get loads of email from fans.

"He's in jail, so he can't necessarily watch it, but once the show dropped he was getting hundreds and hundreds of emails to his jail mail, and he was ecstatic."

Despite the success of the Netflix series, both Goode and Chaiklin wanted viewers of the series to know that Exotic did a lot of horrible things.

"Joe committed some really serious crimes and Joe was not only cruel and inhumane to his animals, he was cruel to people around him."

As per Chaiklin, Maldonado-Passage is also placed in self-isolated in a Texas prison after a couple of inmates have tested positive for the coronavirus.

However, Goode confirmed that Exotic has not tested positive for the COVID-19.

Joe Exotic was sentenced to 22 years in prison after being convicted of murder-for-hire in an attempt to kill Big Cat Rescue CEO Carole Baskin, and wildlife violations including the killing of five tigers, as per The Washington post.

He has recently filed a $78 million lawsuit against the Department of Interior and the US Federal Wildlife Service for placing the generic tiger on the "endangered species list," according to TMZ.

Joe Exotic also claims that the US government did this in order to hurt big cat owners financially, so he's suing for an additional $15 million regarding the various criminal charges against him.

News of his lawsuit is still pending because of the coronavirus.