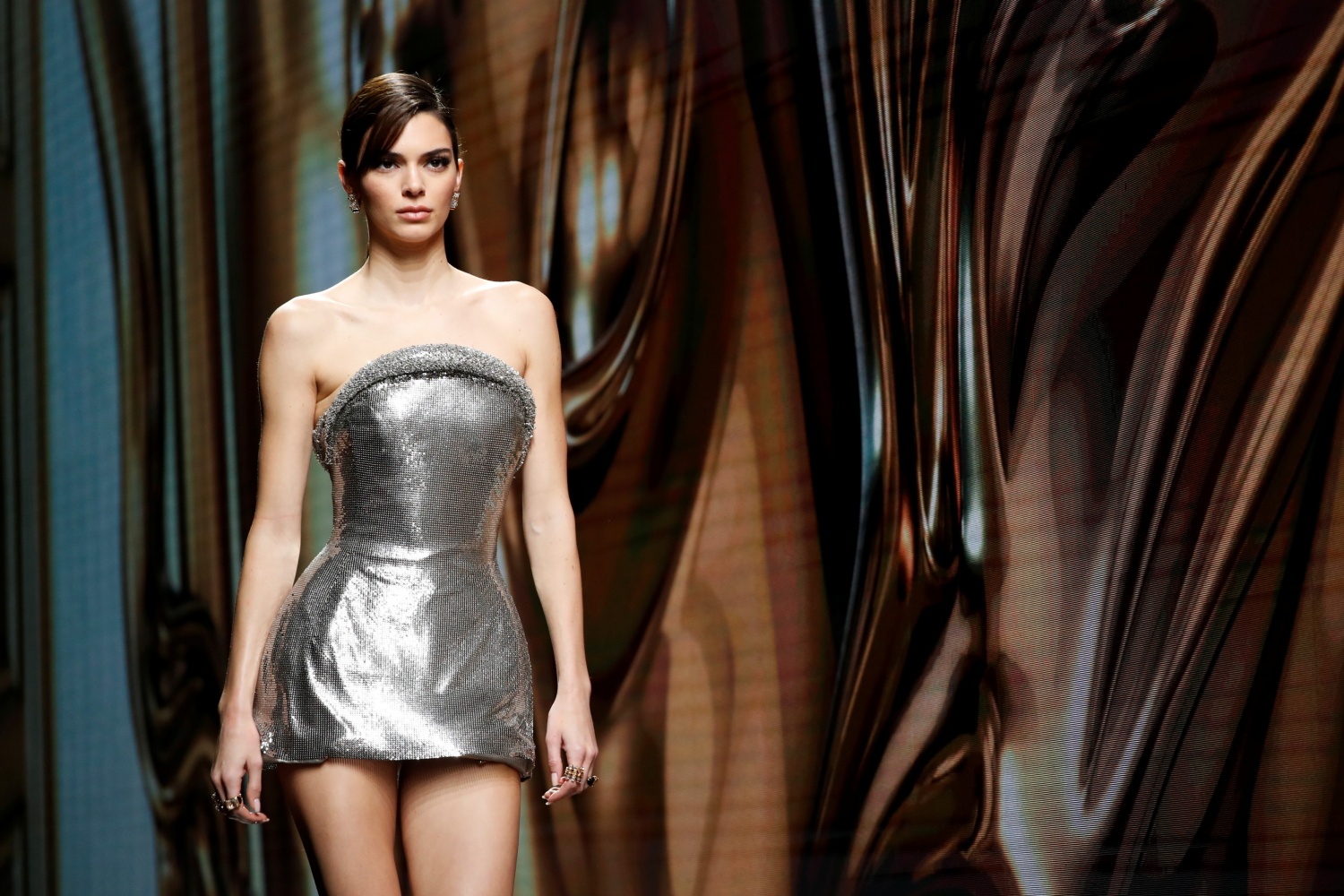 Kendall Jenner may be the less controversial among the Kardashian-Jenner crew, but she always willingly spills the tea and give her sisters the truth right on their faces.

The 24-year-old supermodel is once again being brutally honest with her theory on why her older sister Kourtney is suddenly acting like all broken on the inside and blasting the rest of the family with her issues.

In the latest preview of "Keeping Up With The Kardashians" Season 18, the 35-year-old Khloe came to seek her little sister's comfort after their recent explosive and violent feud with their eldest sister Kourtney. It could be recalled that in the most recent episode, Kourtney got into a physical altercation with Kim Kardashian -- which went really bad.

Khloe shared Kendall her heartfelt message to Kourtney, which aims to reconcile their relationship.

Khloe read the text message from her phone, which states: "You're someone who I love and respect, and I want you to always feel good when you're around me."

Khloe told Kourtney that she wantws to have a conversation with her wherein sides will be heard.

"Whatever we can do where the communication improves, I will do that," Khloe added.

However, Khloe only received a response nine hours later. But instead of receiving a reconciliation message, Khloe said Kourtney sent her a video of the private plane she was on.

Kendall, whose busy sipping some tea while listening to Khloe, spilled her own "tea" on what has caused Kourtney to act that way. Kendall believes that her elder sister could not accept the fact that she ruined such an important part of her life.

In her confession, Khloe opened up how frustrating it is for her to be in a feud with Kourt since she cherishes her "amazing relationship" with her older sister.

Khloe and Kendall's conversation was interrupted when Kourtney's ex, Scott Disick, came in. Khloe immediately told him that they were talking about his ex and said: "She has made up her mind in life that she is taking on the victim role."

"I don't know how this happened," Khloe told Kourtney's former partner for almost a decade.

And in just a snap, Kendall had a eureka moment and said she thinks she knows what lead Kourtney to be playing the victim card.

"Honestly, I think starting with their [Kourtney and Scott's] breakup," Kendall said, taking the 36-year-old Scott by surprise.

"I'm justing saying, I think that the whole situation might have mentally f**ked her, and I don't think she dealt with it," she added.

It could be recalled that Kourtney and Scott ended their nine-year relationship in 2015 and are now co-parenting their children Mason, 10, Penelope, 7, and Reign, 5.

In his own on-cam confession, Scott said that he believes Kourtney wants to maintain a good relationship with everybody, and she is just being misunderstood for a long time.