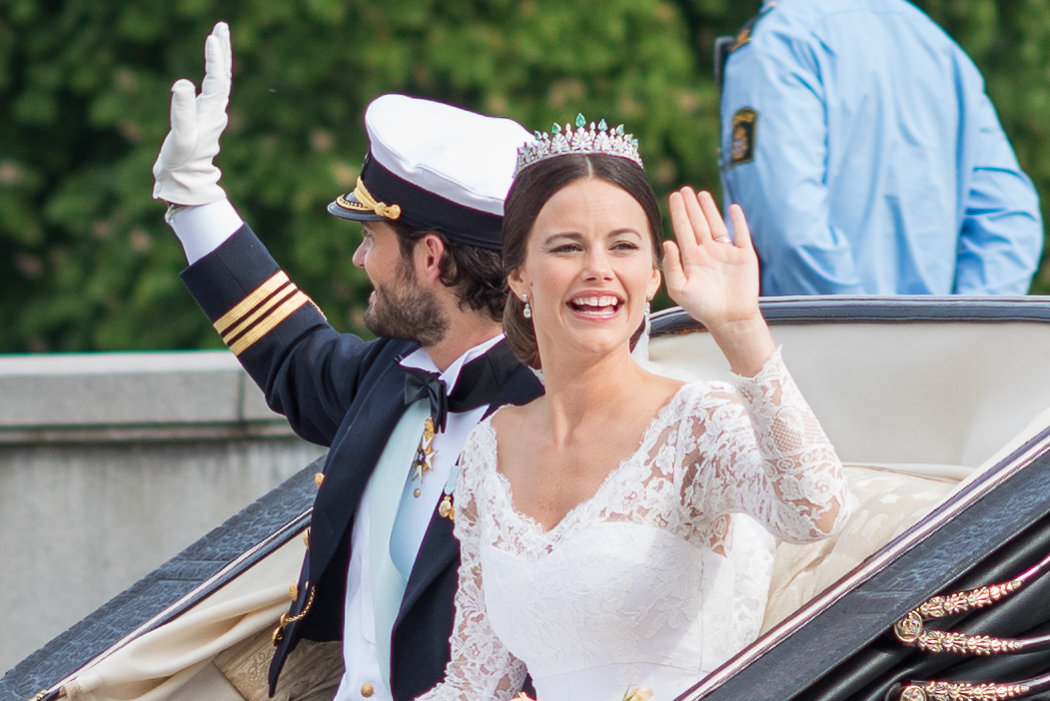 In the middle of a global health crisis, one member of the Swedish royal family stepped up to help relieve the workload of medical workers in the hospital. Princess Sofia Hellqvist ditched the tiara in exchange for a pair of scrubs to help fight the COVID-19 pandemic.

The 35-year-old wife of Prince Carl Philip decided to join the frontline after completing an intensive online training program. She is now serving as a nurse staff at the Sophiahemmet Hospital in Stockholm.

In an Instagram post, the said hospital confirmed that the Duchess of Värmland is indeed working with them and os now an instant healthcare staff.

"Princess Sofia is not only Sophia's honorary chair but now also works with us," Sophiahemmet Hospital wrote, alongside a candid photo of the Duchess while wearing her new uniform.

The Princess paired her uniform with white sneakers while her hair is neatly tied on a ponytail. She also wore an ID tag with only "Sofia" on it.

"This is after having completed our basic nursing education, which has been developed to relieve the now severely strained healthcare staff," the statement added.

Princess Sofia also revealed her new role after sharing a picture of her latest work attire and essentials in an Instagram post last week.

"Last week, I went through a medical education with a major in health, care, and care at @sophiahemmet," the Duchess wrote.

According to the former model and reality show contestant, after carefully studying the emergency response, she is now working in the hospital's care unit together with her fellow newly trained colleagues.

"I support and relieve the care staff with various tasks, including care of patients and cleaning," she added.

Princess Sofia explained that the Sophiahemmet Hospital made its resources available to the Stockholm region, making 40 employees work in intensive care and emergency hospitals.

Even as a newbie in the medical field, the mother-of-two shared how this experience makes it "extremely rewarding" for her, especially now that medical frontliners are very much needed.

Over the past few weeks, since the coronavirus hit Sweden, the hospitals in the country have been overwhelmed with the increasing number of patients. Because of this, hospitals like Sophiahemmet launched an emergency training program and catered almost 80 people willing to complete a one-week crash course to relieve the frontliners' workload.

In a statement released to People, the Royal Court said that Princess Sofia wants to get personally involved in saving lives, so she decided to volunteer as a healthcare worker.

"In the crisis, we find ourselves in, the Princess wants to get involved and make a contribution as a voluntary worker to relieve the large workload of health care professionals," the statement reads.

The same report clarified that Princess Sofia will not be working directly with COVID-19 patients, but will only serve as support staff for doctors and nurses.

"They can disinfect equipment, do shifts in the kitchen and cleaning," a hospital spokesperson explained.

During her first day at work, the Princess assisted some hospital staff with non-medical related tasks.