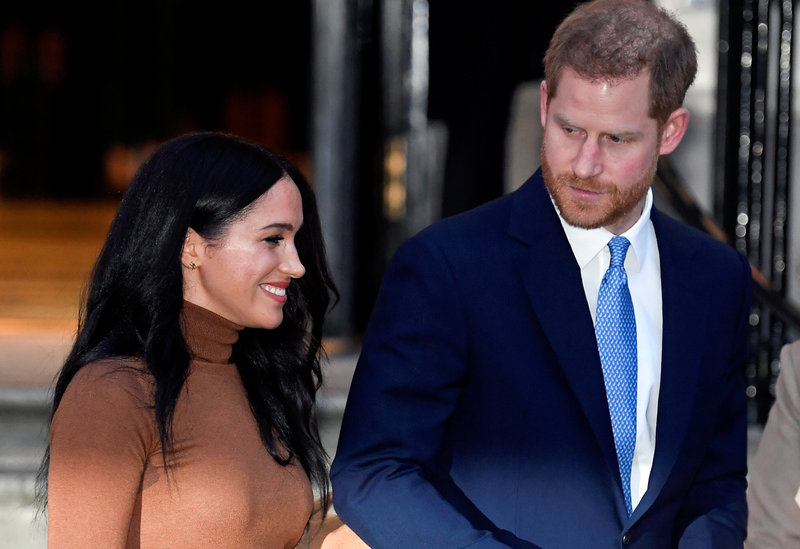 Is Prince Harry and Meghan Markle facing marriage problems, that the Prince might even go back home to the UK and leave behind his wife?

According to a source who spoke with an American publication, there's trouble in paradise for the Duke and Duchess of Sussex as their new lives are reportedly falling apart.

Meghan Markle and Prince Harry have officially stepped down as members of the royal family at the end of March, and they were reportedly hoping to make a fresh start in Hollywood.

As American tabloid Star reports, the 35-year-old Prince's high hopes on starting a new glamorous life in Hollywood has been crushed.

The main reason they gave up their HRH titles was reportedly that they felt trapped and wanted to exploit their popularity "when convenient."

Rebecca English of the Daily Mail said that the couple felt like the family couldn't handle them and that their in-laws, Prince William and Kate Middleton, were trying to derail them. This is why they stepped down as members of the royal family to pursue something in Hollywood.

"They've all been shattered as he and Meghan struggle to adjust to the real world. They thought they'd be living the dream, but it's turned into a nightmare," said the source.

As per the source, Meghan Markle and Prince Harry initially planned to start working as soon as they severed ties with the royal family, and then immediately begin bankrolling the cash. However, the coronavirus pandemic hit their plans, and now, everything has been put on hold.

The source close to the couple further claimed that with everybody in lockdown, the Duke and Duchess of Sussex are having a hard time getting new deals.

Because of that, Prince Harry is reportedly feeling "bored" and "feeling trapped" because he has been holed up at his LA mansion with loneliness. It was said that the father-of-one is feeling crazy and has reportedly been missing his old royal life.

"Not being able to see anyone or do anything is putting a strain on their relationship."

The couple has been said to be bickering non-stop more than usual because the two are self-isolating together because of the coronavirus lockdown.

Moreover, another issue Prince Harry and Meghan Markle are currently facing is their financial problems. With no projects and deals coming in, they are under financial strain that the Duke of Sussex even asked for his father, Prince Charles, to pay for the bills.

Because of their many unpaid bills, Meghan and Prince Harry are rumored to be considering going back home to the UK because, at least in Britain, their accommodation expenses can be shouldered by the Queen.

Speaking of the Queen, Prince Harry's grandmother Queen Elizabeth II is reportedly supportive of the Duke and Duchess of Sussex's decision to come home as he really wants his grandson to come back.

But if they did come home, the couple will have to return to do some royal duties for the Queen, something that the former "Suits" actress will not be happy about.

According to the source, "There's a lot of back and forth with the Queen right now. They're trying to reach a middle ground where everyone can be happy."