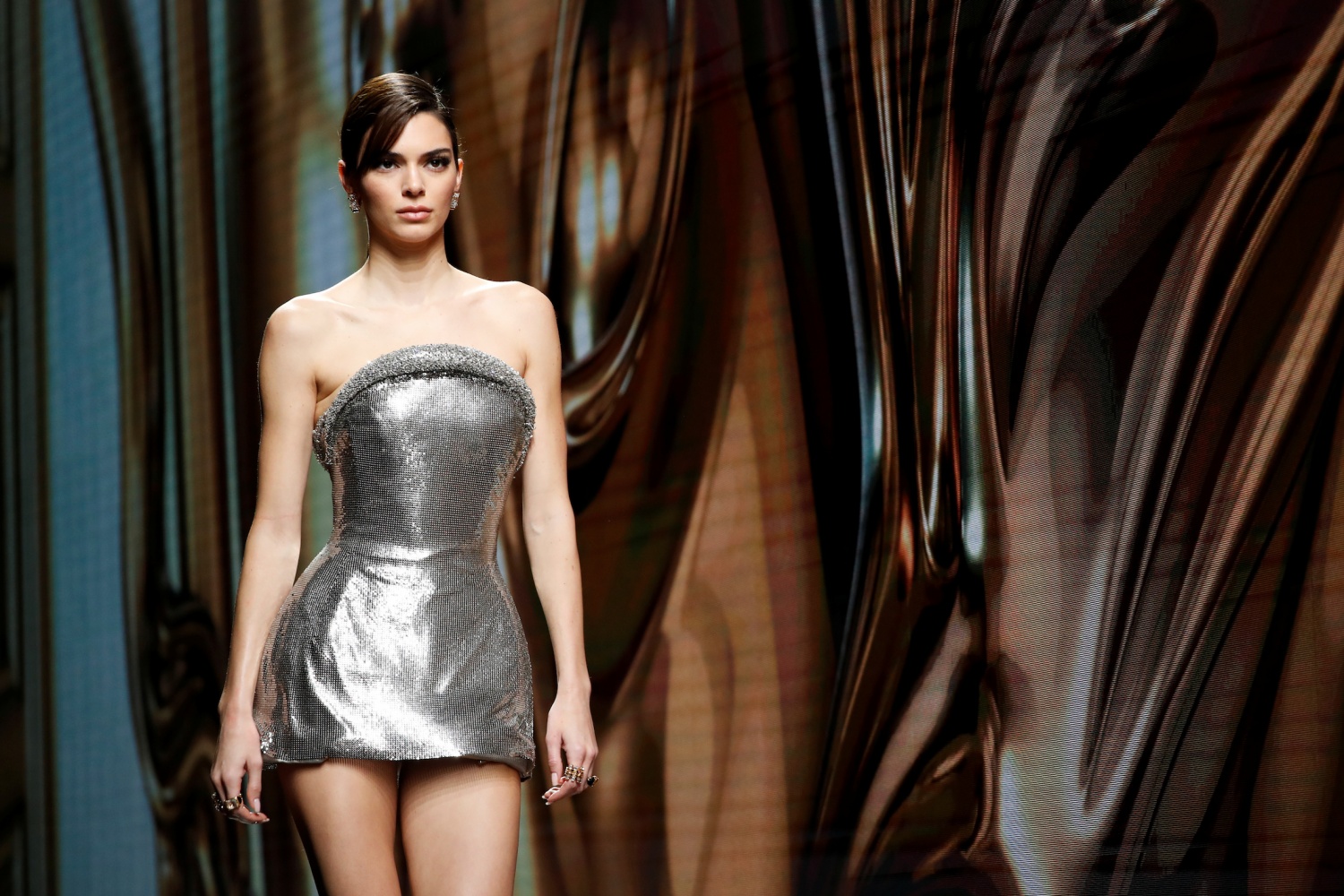 Kendall Jenner is back at it again, living with her reputation of being a serial NBA dater after being spotted with another basketball star amid the coronavirus pandemic.

Based on the footage obtained by TMZ Sports, the 24-year-old supermodel appeared to have spent a lockdown road trip with special quarantine pal Devin Booker.

In the short clip, Kendall and the Phoenix Suns star were spotted having a quick bathroom break at a rest stop near Sedona in Arizona city. The duo were seen rolling up Booker's black Mercedes-Benz Maybach.

In the video, the NBA hottie could be seen waiting near his car, and after a few seconds, Kendall appeared running towards the vehicle and joined him on the backseat.

While witnesses who saw the duo said that they looked like a real couple spending some time together, a source close to Kendall and Devin noted that they are just good friends.

"Kendall and friends have a small social circle amongst the group, who have been following the same social distancing and physical distancing guidelines. Devin is a friend and is part of the small group," the source explained.

The insider added that Kendall and Devin indeed took a road trip, but they only did it to catch up some "much-needed air."

They were also advised to make an effort to limit their interaction with people, which explains why it was only the two of them (and probably a driver) hopping on a road trip.

Meanwhile, TMZ claimed that Kendall and Devin have been friends for years now and have been in the same social circle since 2018.

One of their common links is (or was) Jordyn Woods, who was romantically linked to Devin back in 2018. Devin and Jordyn were even spotted on a double date with Kendal and her then-boo Ben Simmons.

Photos and videos of Kendall with Devin immediately went viral on social media, prompting critics to once again judge the "Keeping Up With the Kardashian" star's dating reputation.

One Twitter user even suggested that NBA players are just "passing her around" like a ball they play in the hardcourt.

Seeing such a rude comment, Kendall clapped back and reposted the Tweet with the most savage reaction.

"They act like I'm not in full control of where I throw this cooch," Kendall wrote.

they act like i’m not in full control of where i throw this cooch https://t.co/DOCPKMdW6K — Kendall (@KendallJenner) April 29, 2020

Kendall has been known to be a notorious dater of NBA stars. Some of the players linked to her in the past were D'Angelo Russell, Jordan Clarkson, Kyle Kuzma, Blake Griffin and Ben Simmons.

But in July 2019, Kendall cleared that she only dated two NBA players. It was when a Twitter troll made a visual representation of the so-called "Kendall's Starting 5," which includes photos of the NBA hotties she allegedly dated.

Kendall bravely reposted the photo and said: "2 out o 5 accurate, thanks!"

While she did not name the two NBA stars she had a relationship with, fans assumed that it was Blake Griffin and Ben Simmons.