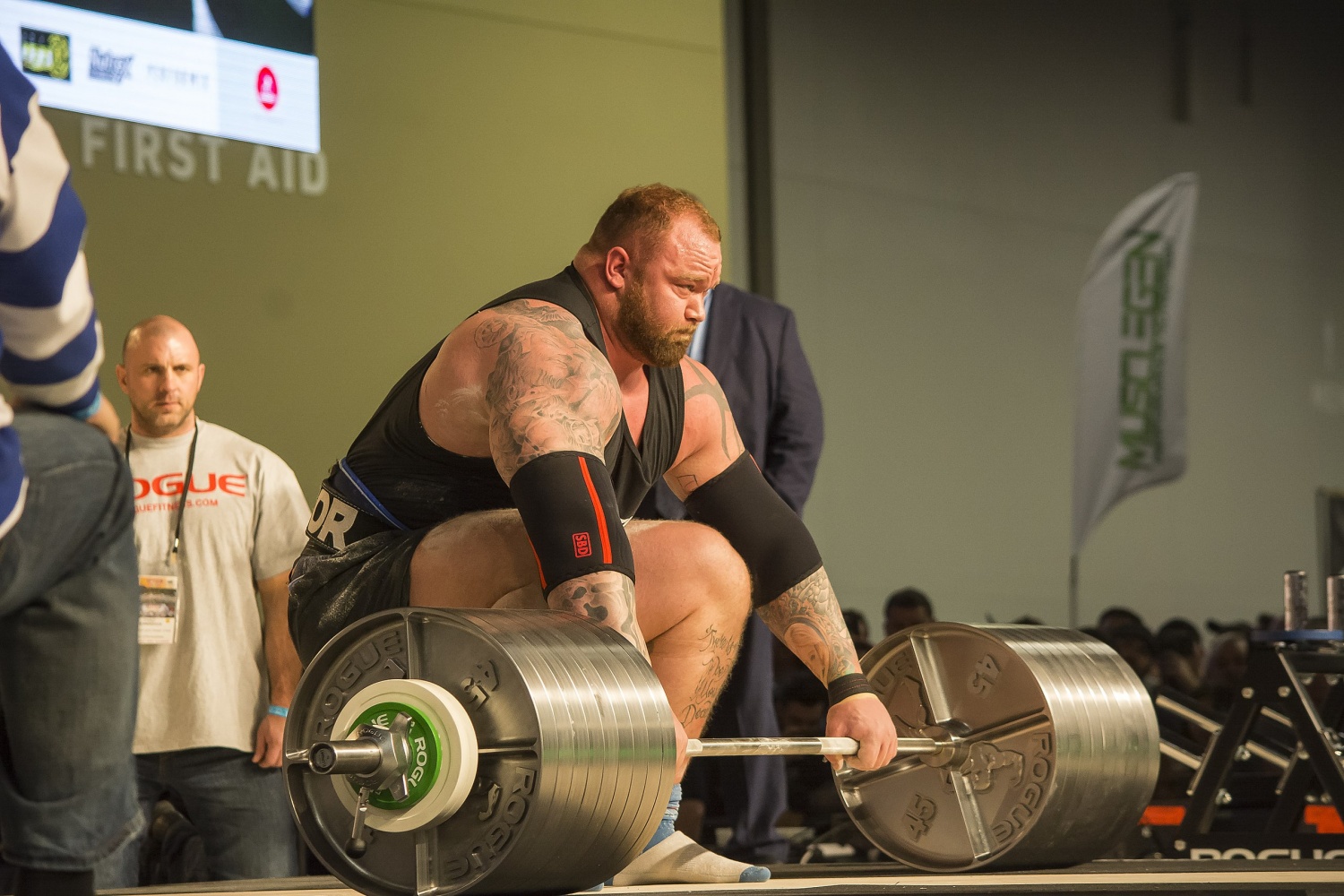 On Saturday (May 2), Bjornsson proved that he can make a name for himself in the fitness industry after he successfully set a deadlift world record by lifting 501 kilograms (1,104 pounds). He beat Eddie Hall's 2016 World Deadlift Championships record of 500 kilos (1,102 pounds).

The "Game of Thrones" actor made his attempt at Thor's Power Gym in Iceland.

He immediately posted a video of his deadlift attempt on his Instagram page alongside the caption, "I have no words. What an amazing day, one I will remember for the rest of my life. I said I was coming for it, and once I set my mind on something I'm a dog with a bone."

The 31-year-old Icelandic Strongman expressed his gratitude towards his family, friends, coaches, fans, sponsors, and even haters for being his inspiration to make the world-record possible.

In the end, he urged his fans to check out his Youtube Channel if they want to see the behind the scenes of the momentous event.

The event was part of the World's Ultimate Strongman Competition, an annual strength athletics competition that started in 2018. Bjornsson won its first event before he was defeated by Polish strongman competitor Mateusz Kieliszkowski in 2019.

In 2018, ahead of the final season of "Game of Thrones," he sat for an interview with Fox News and opened up about how he was planning to break even more records in the power-lifting world.

"I've won all the titles that I can win in the Strongman sport," Bjornsson said. "But I still don't feel satisfied yet. I want to win the title again. And that's what my goal is now. I want to compete at least one more year, win the title once again, and we'll see."

Bjornsson is no stranger to strongman competitions. He has been hooked ever since he met another Icelandic strongman, Magnús Ver Magnússon, at his gym "Jakaból" in 2008, .

He was hailed as the 2018 World's Strongest Man (another strongman competition) after finishing only second in the previous two years. In 2019, he took the bronze medal home after Martins Licis and Kieliszkowski toppled him from the top spot.

In addition to the trophies he has already won, Bjornsson also broke an old Viking strength record by lifting a 32-foot, 1,433-pound log for five steps at The World's Strongest Viking competition in Norway in 2015.

His fans were quick to praise him for the record, and they flooded his Instagram update with messages.

"Add this one to the rest of your amazing achievements. You're the hardest worker I know and you deserve it all. I'm so proud of you brother," one fan wrote.

Another one said, "You are so amazing,it was way to easy. I'm so proud of you."