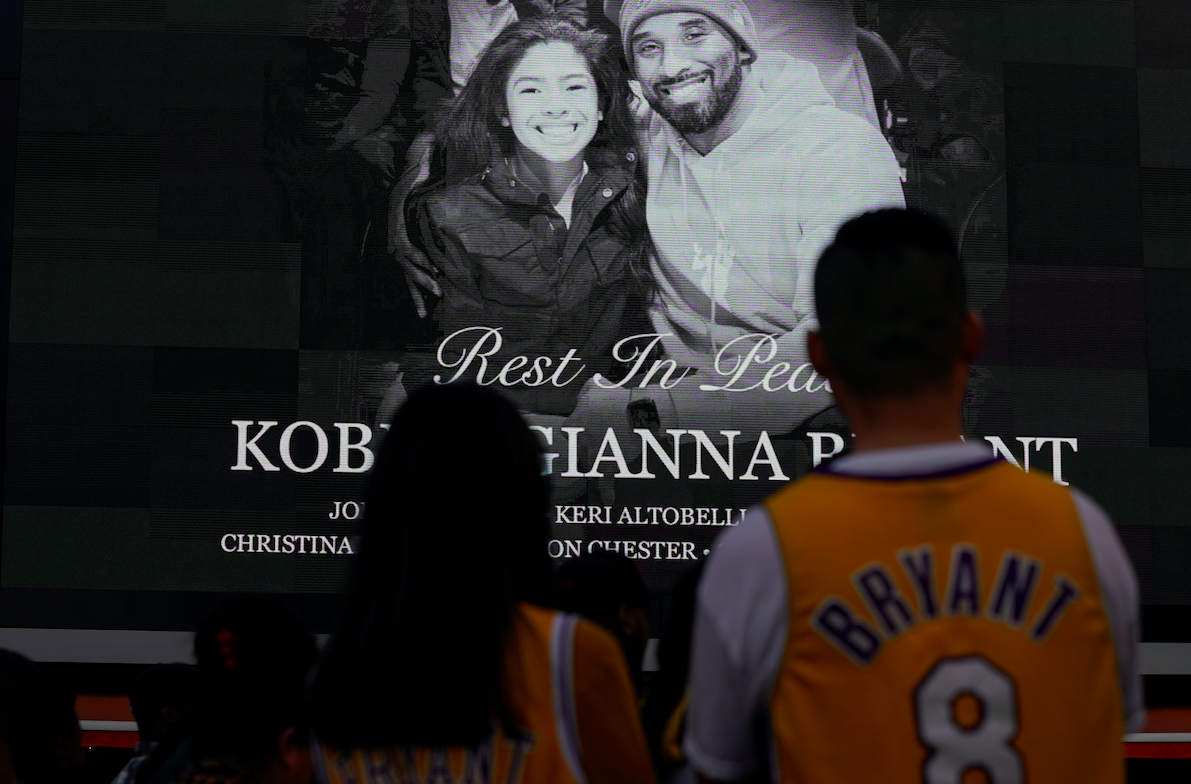 The autopsy reports for Kobe Bryant, Gianna Bryant, and the seven other victims of the tragic helicopter crash last January have been released.

On Friday (May 15), the Los Angeles County Coroner shared the official autopsy reports of all nine victims and the cause of death -- nearly four months since the January 26 fatal crash happened.

"On January 28, the cause of death for all nine victims was ruled as blunt trauma," the Medical Examiner-Coroner's office said in a statement. "The manner of death was certified as an accident."

Gianna tragically suffered a double leg amputation and internal injuries due to the impact. Meanwhile, the medical examiner suggested that the Los Angeles Lakers legend may not have died on impact. They stated that his injuries were "rapidly, if not instantly fatal."

The authorities recovered the bodies of Kobe Bryant, his 13-year-old daughter Gianna, and the seven other passengers (John Altobelli, Keri Altobelli, Alyssa Altobelli, Sarah Chester, Payton Chester, Christina Mauser and the pilot Ara Zoboyan) on January 28. All those involved succumbed and were pronounced dead on the scene.

The group departed from John Wayne Airport in Orange County on the said day at 9:06 a.m to attend a basketball game at the Mamba Sports Academy in Thousand Oaks.

Meanwhile, the autopsy report of Zobayan stood out, as his body was the only one to undergo toxicology tests to see whether or not he chose to fly the Sikorsky S-76 under the influence of alcohol or drugs.

"Toxicological testing did not detect the presence of alcohol or drugs of abuse. Substances tested for include: benzodiazepines, cocaine, fentanyl, heroin, marijuana, opioids, phencyclidine, and amphetamines," the statement acquired by TMZ showed.

It has also been revealed that the helicopter flew at 184 MPH before it slammed into the Calabasas hillside.

Although it will forever be unknown why the pilot chose to fly at that speed, Kobe's wife Vanessa Bryant filed a wrongful death lawsuit in Los Angeles Superior Court in February 2020.

Last month, the Altobelli and Mauser's households also submitted separate legal actions to support Vanessa. The two new lawsuits asserted that Island Express was negligent as they have failed to maintain their responsibility and that their family members died as a consequence of the company's dereliction.

The Scene Showed It All

The National Transportation Safety Board investigators said during the initial investigation that "there was no chance for survival" from the crash.

The authorities added that the accident was too horrifying and intense that it broke the chopper into pieces and sent debris "over a wide area."

"There is an impact area on one of the hills, and a piece of the tail is down the hill on the left side of the hill," NTSB investigator Jennifer Homendy described the scene during a news conference. "The fuselage is on the other side of that hill. Then the main rotor is about a hundred yards beyond that. The debris field is about 500 to 600 feet."