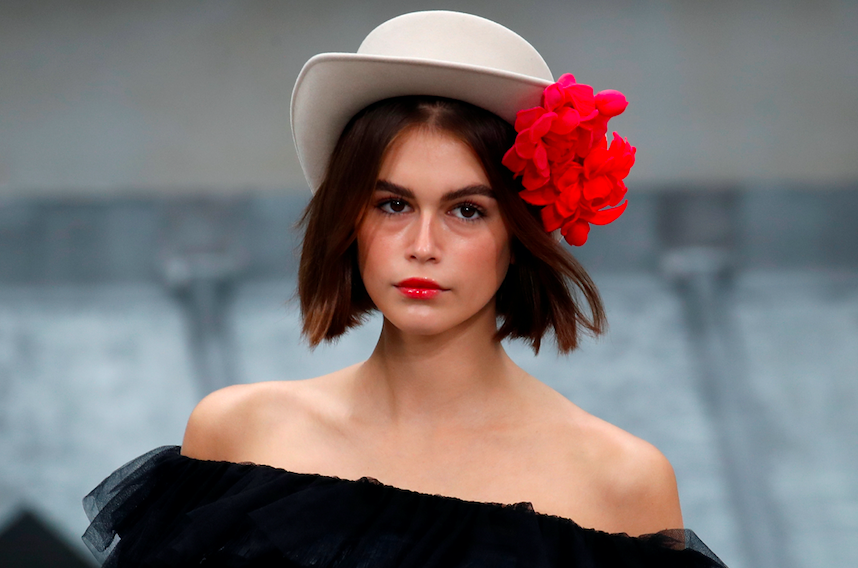 Kaia Gerber had a little accident while in quarantine. Fortunately, the young model is slowly healing.

In a post on her social media account on Saturday, the 18-year-old model revealed to her followers a blue cast that stretched from her palm up to the upper part of her left arm. While the cast got everyone's attention, her fans could not help but notice how great she looked in a dark green bikini.

Gerber got all eyes on her when she posted the photo of herself healing while wearing a revealing bikini. Her slim figure is definitely one to be envious about.

The post also came with another photo. This time, it was an x-ray showing a broken wrist. In the caption, the model reassured her followers that she is okay despite what happened.

"Had a little accident but I'm okay!" Gerber wrote.

In a video she shared on YouTube on Friday, Gerber took the opportunity to address questions about her cast. She referred to it as an "uninvited guest."

She began by talking about when the accident occurred and reassured her followers that she was doing just fine.

"I actually broke my wrist yesterday," she explained in the video. The Louis Vuitton model added that she remains grateful that the accident she had was not the worst that could happen.

"I was in a little bit of an accident. Thankfully, I am OK, everyone is OK and this is the worst of the injuries so I feel very grateful."

However, the young daughter of Cindy Crawford gave no other details as to why the accident occurred. She did not share any additional details of how she broke her wrist while in quarantine.

Several of her celebrity friends offered their well wishes to Gerber. They left their messages as comments to her post.

Kai Gerber's Instagram posts were a clear indication of how she spent her time in quarantine. Her timeline is filled with photos of herself with her dog, family sing-alongs with her father Rande Gerber, and several updates about her book club.

While she may have been quiet after her much-publicized breakup with Pete Davidson, the model recently made headlines when she got involved with a 27-year old former Disney Actor.

Rumors about her special relationship with "Riverdale" star Cole Sprouse came out over the past few weeks, but she remained mum about it. Sprouse, on the other hand, denied all rumors linking him to Gerber.

A source close to the actor told E! News that Cole is still very much together with his co-actor and girlfriend, 23-year old actress Lili Reinhart.

Kaia may not have been very lucky in love, but she's definitely feeling all the love from her family, friends, and fans. As she spends time in quarantine, everyone hopes she heals her wrist as fast as she heals her heart.