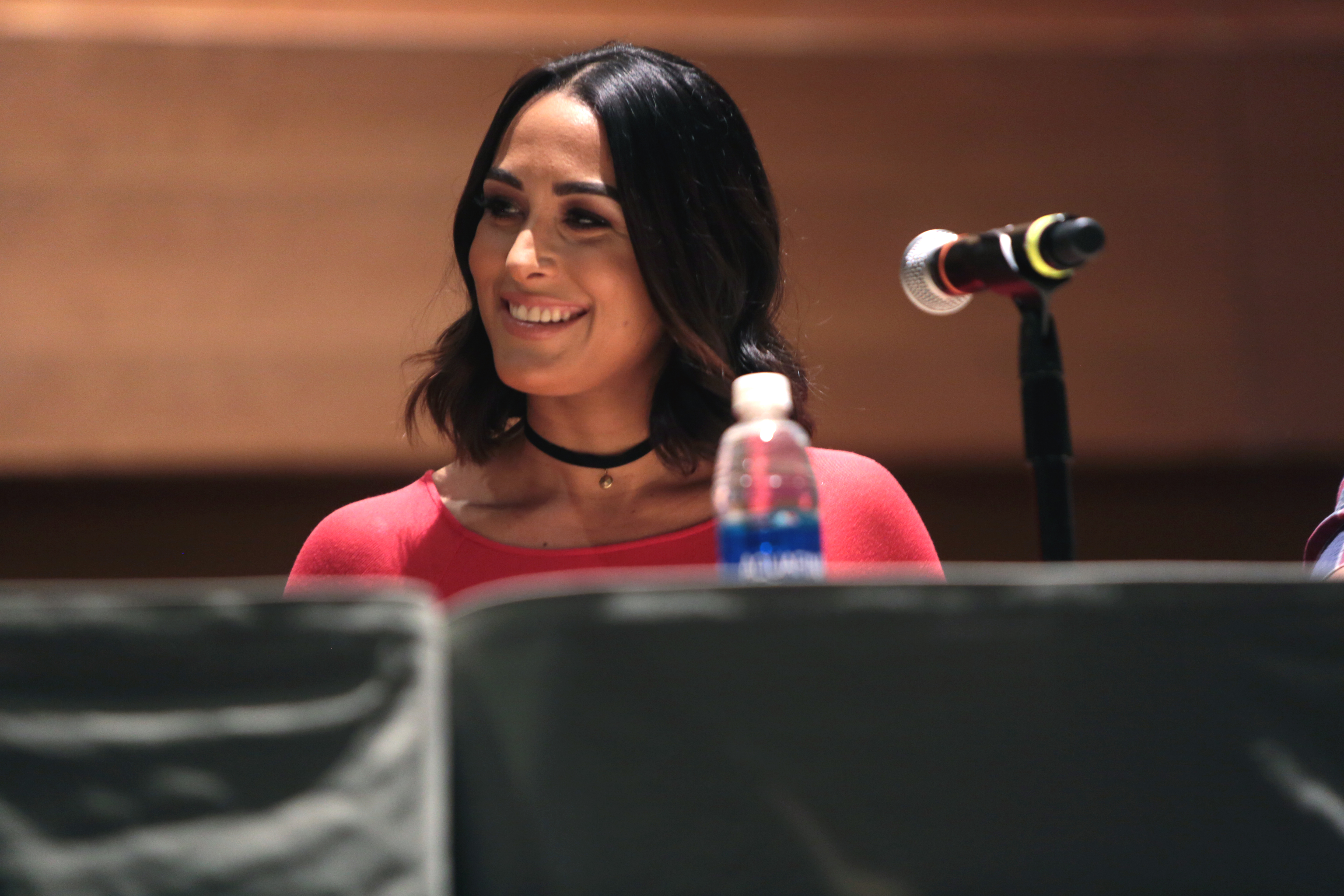 Pregnancy glow is real for former WWE pro Brie Bella as she stunned her fans with a sultry snap.

The California native took to Instagram to share a photo of her growing baby bump as she celebrates the third trimester of her pregnancy.

Brie posed with nothing but a suede fringe cover-up while flaunting a casual look with makeup-free face and messy hair as she showed off her very pregnant tummy.

In her Instagram stories, the 36-year-old "Total Bellas" star also posted a video of her wearing the same ensemble and shared a series of photos of her at-home maternity shoots.

"30 weeks today. Can you believe how big this belly is! Crazy right? That's just gonna keep on getting bigger," Brie furthered.

She also expressed her excitement, pointing out that she needs to get their nursery room ready before she gives birth.

"No more than really 10 weeks until I'm gonna be a mother of two. Who knows if I'm gonna have two girls, or a boy and a girl. There's a lot going on. Better start that nursery now, huh."

Although she is delighted for her second baby, the former WWE superstar admitted that she felt overwhelmed being a hands-on mom and a career woman at the same time.

"There's just so much on my plate right now. You know, just trying for the baby. It just keeps making me feel like why I haven't gotten pregnant in the last eight months is because there's other stuff that I have to work on before a child comes," Brie mentioned in a previous episode of "Total Bellas."

She also confessed that she felt "so much pressure" to get pregnant again.

"I feel so much pressure to have a second child. It's almost like what you're supposed to do, and if you don't do it, then you're weird. And that's what I guess makes it hard."

Double The Surprise for the Bella Twins!

Early this year, Brie and her twin sister Nikki announced that they are both pregnant.

According to People, the two WWE superstars were also shocked when they found out that they are due only a week and a half apart.