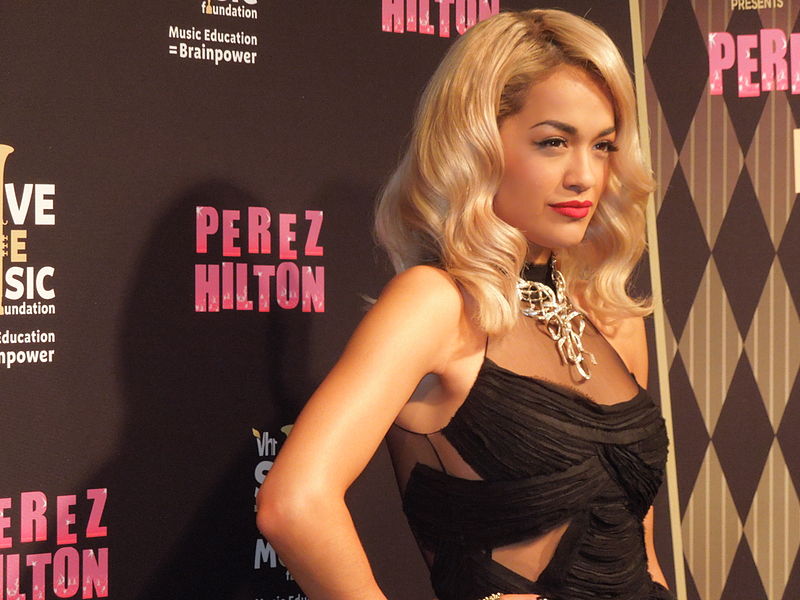 Rita Ora goes all out even while in quarantine. In the photo she recently posted on Instagram, the singer definitely got everyone's attention.

While her followers regularly get a treat of bikini snaps every now and then, the 29-year-old singer posted three new selfies where she looked super hot.

She left little to the imagination with her jaw-dropping photos in a teeny-tiny green bikini. Her revealing selfies almost showed it all and her fans could not help but appreciate it.

Layered necklaces and bracelets complimented her overall look. Her arms cross across her chest, giving more emphasis to the art tattoos that she has.

Apart from flaunting her obviously sexy figure, she gifted her fans with a glimpse of all the inks she has on her body.

Several fans expressed how much they liked her new post, which has earned more than 700,000 likes as of time of writing..

Others were simply at a loss for words. Most have left red heart and smiley heart emojis as comments.

While in quarantine, Rita Ora obviously used the time to get herself in shape. She has been working out a lot and the new photos she posted speak a lot about that.

This isn't the first time Rita posted a revealing selfie. She got everyone's pulse racing when she posted a nude snap on Instagram earlier this year. She looked sensationally stunning with strawberry emojis as the only ones covering her modesty.

The singer surely knows how to stir up the imagination, leaving very little to wonder.

Blushing Over Her Crush

Before the quarantine began, the "Let You Love Me" singer made it to the headlines when she was caught blushing at the stage of "The Masked Singer." She was stunned to see that Justin Hawkins, The Darkness frontman was behind The Chameleon mask.

The 44-year old singer handed Rita a single rose during his performance. She looked ecstatic when she got the gift.

Sadly, that night, the chameleon was eliminated. His real persona had to be revealed and when everyone saw that it was Justin, they were left stunned.

Rita struggled to hide her frustration after the unmasking, as she revealed that the sweet gesture he made during the show left her blushing.

With everyone practicing self-isolation since March, Ora told "Billboard" in her interview that she has also been using the time to create new music. The artist revealed that she has been experimenting with new sounds in her album.

"It's actually really refreshing," Rita Ora said, talking about the tweaks she has been making with her new songs.

She emphasized how being alone has made her focus on developing new music.

"There's not a lot of people around and so you can go back into your laptop and look at some old ideas and try and sort of finish things off that you would never really have time to do. I have a lot of friends that are in the same boat that are sort of sending over ideas, and we're just kind of bouncing things off one another," she added.

Apart from creating new music, the young singer also said she spends her days chatting with friends and family. Ora, who has been quarantined in her home in the U.K., has tried out other hobbies, too, like cooking and painting.