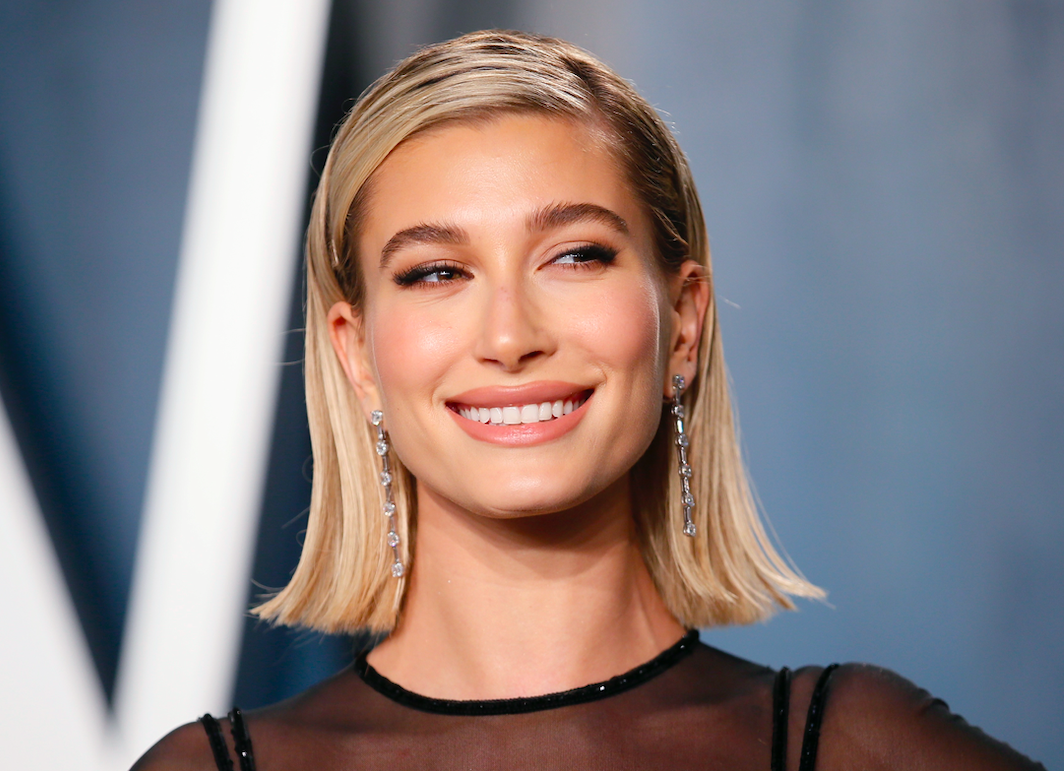 Hailey Baldwin-Bieber has been accused of getting plastic surgery on her face. However, she denied all accusations and demanded that a better comparison be made.

Hailey fired back at an Instagram user who accused her of going under the knife to look as beautiful as she is now. On Thursday, the model sounded upset about the speculations of her getting plastic surgery.

The account showed a comparison of her photos when she was 13 years old side by side with a photo of her 10 years later. Baldwin took it to Instagram to fire back at the user who shared the allegedly edited photos of her.

"Stop using pics that are edited by makeup artists!" Justin Bieber's wife said before pointing out that the photo of her presented by the Instagram critic was heavily edited.

"This photo on the right is NOT what I look like... I've never touched my face so If you're gonna sit around and compare me at 13, and then me at 23, at least use a natural photo that wasn't edited so crazy."

Hailey's post garnered a number of positive comments from her fans, who expressed their support for the young model.

"Get them Hailey!!!" one wrote to Hailey's defense.

Another user commented, "Haters will never know how pure her heart is."

Another fan highlighted Hailey's natural beauty and chimed in: "She's naturally beautiful and doesn't need any kind of enhancement in any way....!!! Beautiful inside and out!!"

The said account has since removed the picture from its feed.

Baldwin's plastic surgery accusations was not the first in recent months. While everyone is trying their best to cope with the challenges of the coronavirus pandemic, she is trying to prove her beauty is all-natural.

The lovely couple Justin Bieber and Hailey Baldwin are enjoying their time in quarantine.

While Justin's new song "Stuck With You" -- a collaboration with Ariana Grande -- hit the top spot on the Billboard charts, the "Yummy" singer has discovered yet another talent.

Apparently, Justin is doing his wife's make-up while in quarantine. On the latest episode of the couple's Facebook series, "The Biebers On Watch," the budding make-up artist had his skills put to a test.

The video came in the style of popular YouTube make-up tutorials where girls allow their boyfriends to do their makeup. Contrary to what everyone expected, Justin proved that he wasn't that bad.

"We are going to hang out, I'm going to do this lady's makeup," Justin said at the beginning of the video.

Hailey, who has worked with the most celebrated makeup artists in the industry, looked a bit skeptical in the beginning but tried to be supportive.

At the end of their session, Hailey actually laughed and said she's quite content of her makeup look.