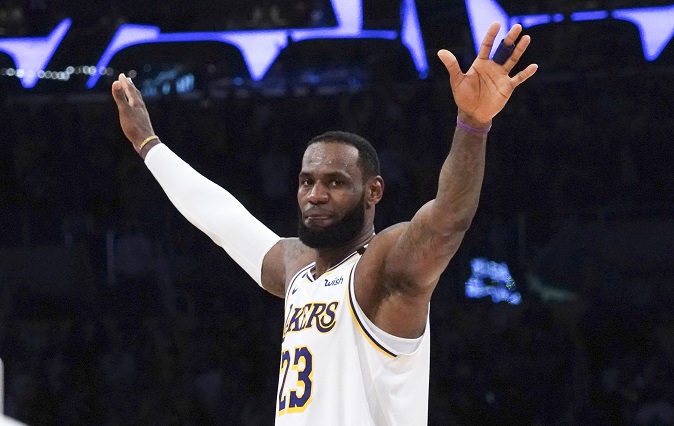 LeBron James is back on the hardcourt despite the coronavirus pandemic. However, the Los Angeles Lakers star is taking all the necessary precautions as he goes back to practice.

While the Lakers facility has already opened its doors last Saturday, not all players are able to come back at the same time. With that said, The King  took an extra step to gather back his men. The goal was to keep their spirits alive amid the threats of the coronavirus.

LeBron has reportedly organized a closed-off training at a private court with two teammates to play with at a time. NBA insider Shams Charania of The Athletic and Stadium took it to social media to reveal the said development.

"All the safety measures have been taken," Charania said. "In these private workouts, everyone has been tested, everyone involved has practiced social distancing."

Shams further reported that all those involved in the training made sure that all the health security guidelines were followed. "Everyone involved has taken the necessary steps to keep themselves safe even during training."

A Change In Practice

One of LeBron's teammates, Danny Green, shared details on what it was like to be back in the Lakers facility after weeks of being quarantined in the house. In the "Load Management" podcast, the veteran sharpshooter revealed how much the safety protocols have changed.

"Everyone gets swabbed before they enter the door, has phones, keys, wallets, and more sanitized upon arrival," Green shared.

He added that upon their arrival, they have to change their shoes to flip flops before they enter the court.

When it comes to the training schedule, Green pointed out that they are given schedules to make sure that they do not cross paths. The time they are given on court has also been limited to give way to cleaning and sanitation before the next practice begins.

NBA games have been suspended indefinitely last March after the league recorded its first case of coronavirus. While players and their fans have been saddened by the cancellation, everyone knew that it was all for the best.

Commissioner Adam Silver said on May 12 that the NBA will decide within four weeks whether to resume the season halted on March 11 of this year due to the coronavirus pandemic.

According to ESPN, Silver and the owners of the team are yet to reach an agreement on creating a "campus environment" for the safety of all the players, as well as that of the general audience.

In the most recent meeting of the Board of Governors, team executives and owners have been advised to follow the league's steps as it paves the way for the safe return of the NBA games. As per ESPN," positive conversations have been encouraging.

Silver emphasized that everyone had to agree with one rule -- a single positive case should not derail the rest of the season.

"If a single COVID-19 case would shut us down, we probably shouldn't go down this path," Silver said.