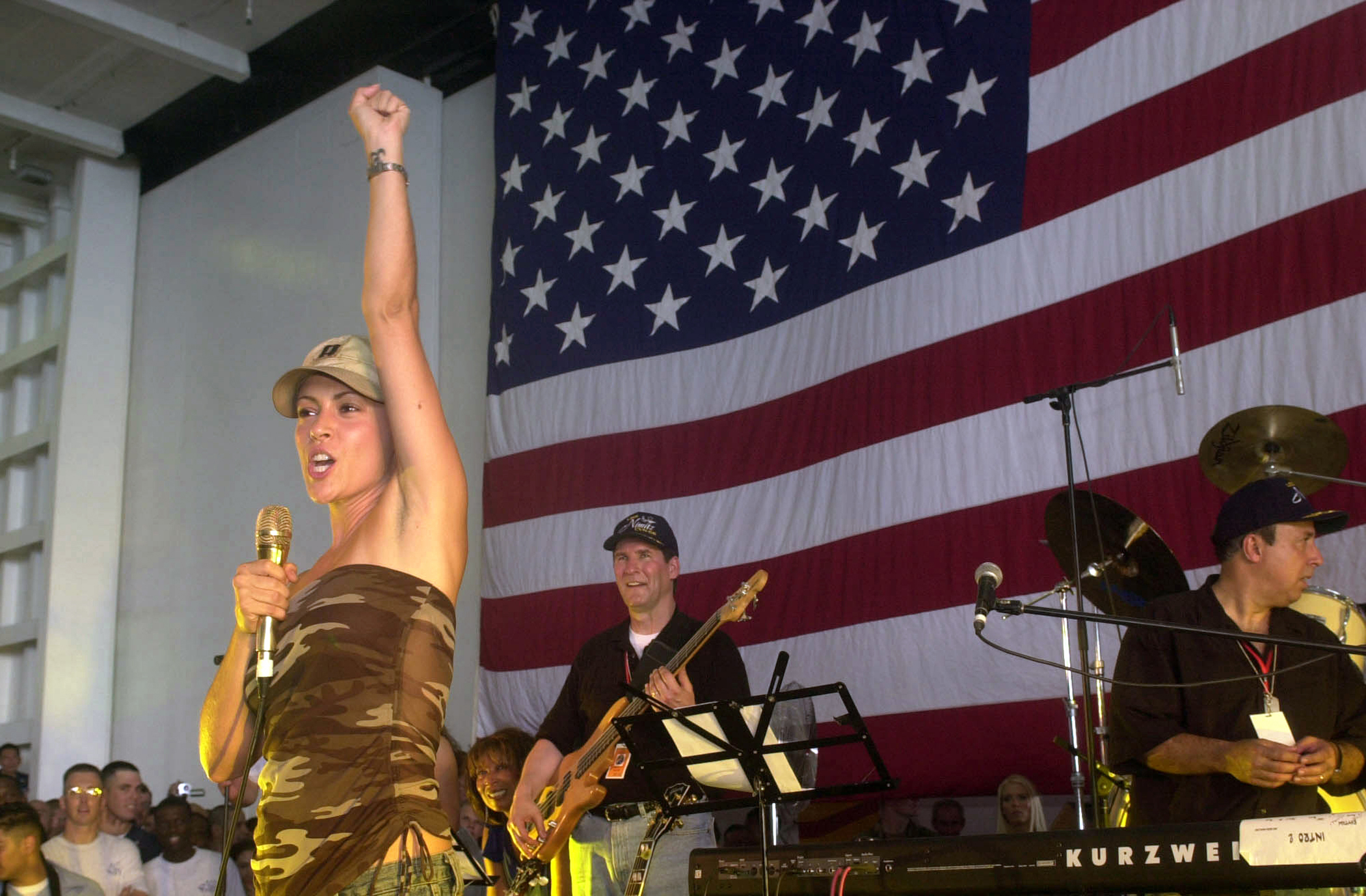 Alyssa Milano got trolled online over her "super safe" face mask which she used to protect herself amid the coronavirus pandemic.

Ever since the health crisis started, celebrities and designers participated in multiple COVID-19 causes by designing and supplying face masks for themselves and frontliners.

Milano also joined forces with them. However, her work was "hilariously different" compared to others.

On Saturday, the 47-year-old "Who's The Boss" actress sported her do-it-yourself face mask on Twitter. However, her face mask seemed to have holes on it, appearing as if it was crocheted.

"Show me your masks! Masks keep people safe and healthy. Show me yours! Ready? Go!" she wrote in the caption while urging everyone to do the same.

But instead of getting support, netizens laughed and called her out since the cover most likely will not do anything for her at all.

One user wrote, "Are you SERIOUSLY wearing a KNITTED mask!!!!...as in A MASK WITH HOLES IN IT??"

"Your idiocracy really is the gift that keeps giving. Thank you. #crochet," another netizen replied.

The photo, which now has 26,400 likes and 2,900 retweets, surely grabbed people's attention. Nonetheless, Milano defended that her mask is genuinely safe.

"A--holes, mask has a carbon filter in it. So, yes, it might be crochet but totally safe," Milano wrote. "Mask has a filter in it for f---'s sake. A carbon one. My mom makes them. #WearAMask"

One follower also shared that she is using the same mask and even showed how it truly looked like.

A crocheted mask WITH a filter pocket sewn on that I made. Works perfectly. People are some seriously judgy f*ckwads. @Alyssa_Milano you do you. pic.twitter.com/bL29Sx3ORa — Stephanie Wilson (@Mrs_Kity) May 23, 2020

It's understandable why a lot of netizens were tiggered by Milano's. After all, according to Johns Hopkins University, there have already been more than 1.6 million confirmed coronavirus cases in the U.S., 97,000 of which succumbed.

The U.S.A also remains the number one nation with the most number of cases, even though the World Health Organization (WHO) proclaimed South America as the new epicenter of the pandemic.

O'Neill, who became well-known for shooting and killing Osama bin Laden in 2011, also criticized Milano's loose-knit mask by writing, "There are holes in your mask, love."

Such a mask could allow the COVID-19 virus to spread quickly as it does not have filtration.

Just like she did to others, Milano slammed the Navy Seal and clarified that she put a carbon filter inside her mask.

Later on, she shared a screenshot of the filter she bought from Amazon and the same item she lined inside her facial covering.

It was not the first time Alyssa Milano experienced heavy online criticism, though. Recently, she made headlines after she defended Joe Biden against the sexual assault allegations that have been thrown at him. As a result, a lot of celebrity activists, including Rose McGowan, called her "a fraud."

Despite the backlash she received, she continues to support Biden for president this year.