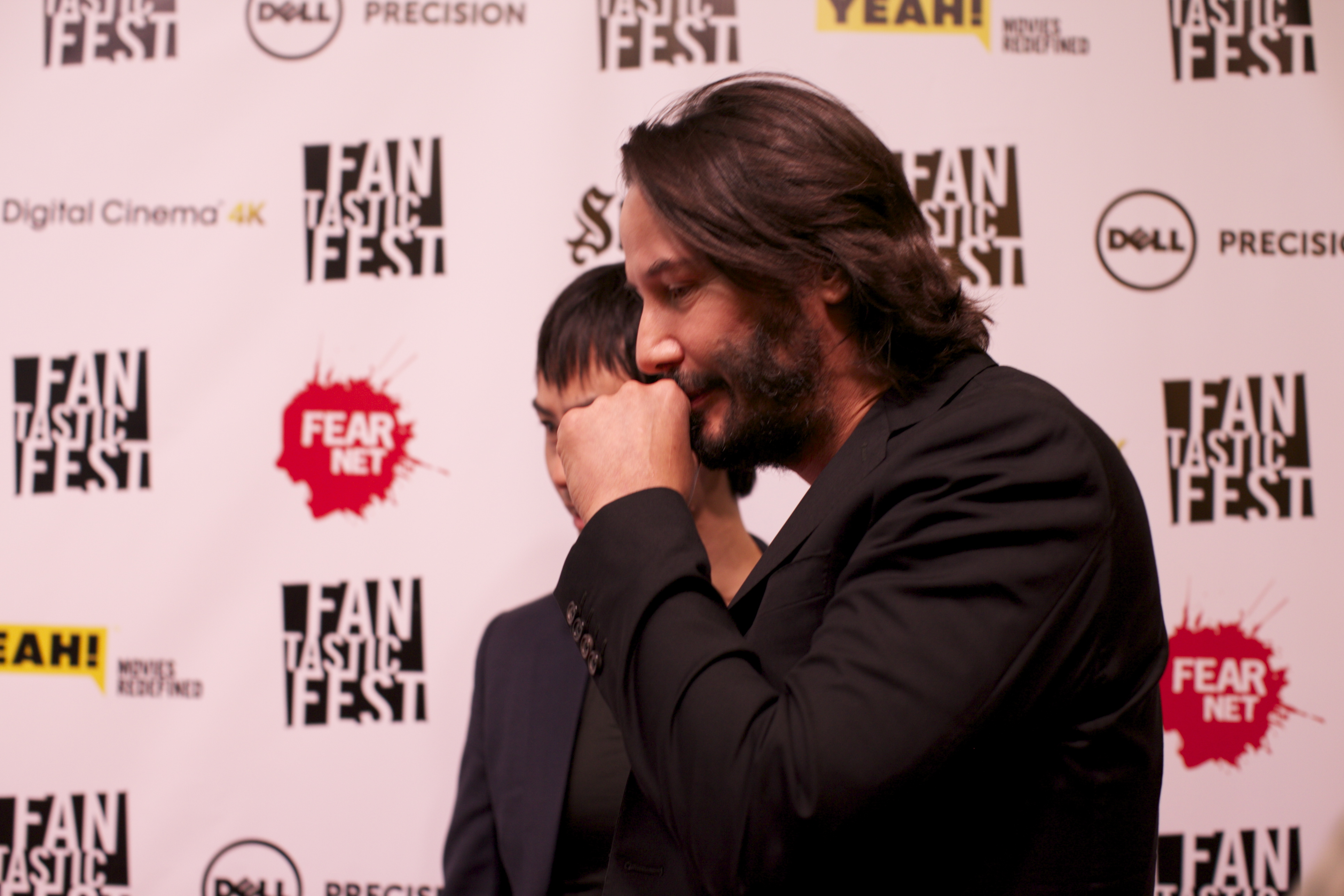 Keanu Reeves is one flexible actor, so much so that his fans think he is also perfect to be the next Wolverine!

In 2018, former "Wolverine" actor Hugh Jackman told MTV he was done playing the character Wolverine. For 17 years, fans experience how breathtakingly beautiful the franchise was -- from its 2000 film "X-Men" to its seventh and last film "Logan" in 2017.

While the position is still vacant three years later, an artist helped netizens visualize how Keanu would look like if he takes the role.

An artist named Pablo Ruiz shared to his 52,700 Instagram followers a fan art of the "John Wick" actor looking like Old Man Logan.

"I have long wanted to see Keanu Reeves as Wolverine, so I decided to do it. Many would not like the idea of someone replacing Hugh Jackman, but we will have to get used to it if we want to see Wolverine on the big screen again if he does not reprise the character," Ruiz captioned the post which received a lot of praises from Marvel fans.

The picture shows the 55-year-old actor flaunting Wolverine's iconic claws and its black and yellow costume while his face has some cuts.

View this post on Instagram
Who is YOUR favorite X Men? Keanu Reeves as Wolverine. I have long wanted to see Keanu Reeves as Wolverine, so I decided to do it. Many would not like the idea of ​​someone replacing Hugh Jackman but we will have to get used to it if we want to see Wolverine on the big screen again if he does not reprise the character. A post shared by  Pablo (@pabloruizzx) on May 20, 2020 at 11:26pm PDT

Keanu's fans were quick to leave comments on the post, with most of them almost filing a petition to let the actor do the role.

One fan wrote, "Hey....he could be a good version of Wolverine.....need a lot of training, but he could be an old kind of Logan."

"Keanu Reeves' only problem is his age, but I think that would not stop him, he is a great actor from action movies," another one replied.

While they showed their concern about his age, Keanu surely knows how to act like a comic book character since he previously played DC's John Constantine back in 2005. In fact, he expressed his desire to do it again -- which might come true soon since DC is reportedly trying to cast the actor back for the sequel.

Aside from Wolverine, Marvel Studios' Kevin Feige is reportedly trying to cast him as a Marvel hero.

Earlier this 2020, We Got This Covered reported that although there is no contract signing yet, Keanu might play the incarnation of the role of Ghost Rider's Johnny Blaze for Marvel Studios. MCU fans also started to theorize that the update and information about the collaboration are just being held off due to the COVID-19 crisis.

Keanu is said to be interested in the role, though it is just one of the multiple potential characters Marvel might offer him soon.

MCU fans have also been eyeing him to be the actor in "Doctor Strange in the Multiverse of Madness" next to Benedict Cumberbatch.

But currently, after his appearance in "Toy Story 4," his schedule is packed since he has movies to be released this year, including "Bill & Ted Face the Music," "The Matrix 4," and "John Wick: Chapter 4."