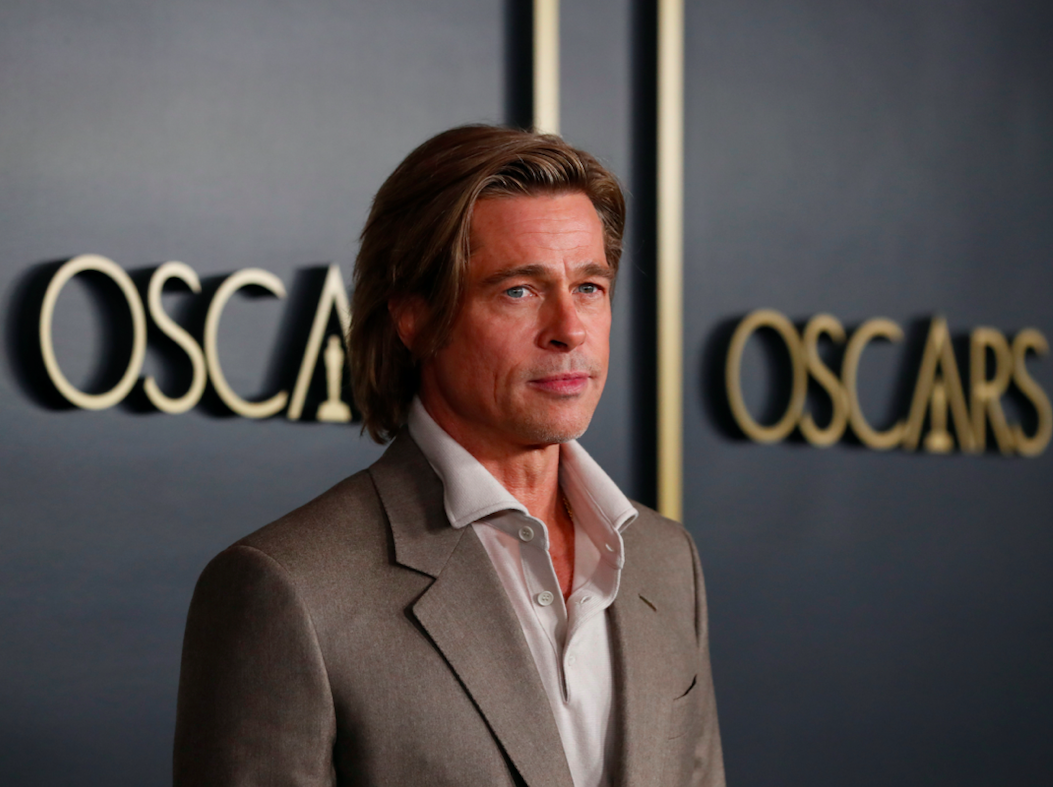 If Brad Pitt is just friends with his ex-wife Jennifer Aniston, and if he denies having a relationship with "Arrested Development" actress Alia Shawkat, could THIS be the girl who can win his heart next?

The "Mr. And Mrs. Smith" star has been rumored to be flirty with an Australian TV reporter while she interviewed him on the red carpet.

Renee Bargh is a red carpet reporter for "Extra TV" and is considered to be one of the most desirable women in Hollywood today.

The 33-year-old was reportedly "flirting up a storm" with Pitt ever since interviewing him at the SAG Awards in January this year.

Many people who have watched the interview said that the two looked so good together.

An onlooker recalled that moment, "Renee is very much Brad's type. He can tell she's got what it takes to go all the way in Hollywood and beyond."

When the 56-year-old actor winked at her, Bargh had a temporary loss for words and then later joked about their fantastic chemistry.

The onlooker further told New Idea that Pitt has been dropping all the hints that he wants to take the reporter out on a date and mentioned that the "Ad Astra" actor would ask her out once she's in Los Angeles.

The onlooker continued to reveal of the special moment between the two, saying that Brad Pitt doesn't usually open up to anyone on the red carpet, and while speaking with Bargh, he was very chatty and impressed with her.

After the SAG Awards, Brad Pitt and Renee Bargh have reportedly run into each other a few more times, as they share mutual friends.

But this wasn't the first time they met.

During the red carpet premiere of Pitt's movie in September 2019, Pitt and Bargh first showed flirtatious behavior in front of the cameras.

Renee Bargh shared a clip of her with the actoron Instagram and captioned it, "The 'point' of this picture is to show the apparent chemistry Brad and I have."

Once rumors started surfacing that she was Pitt's newest girlfriend, she laughed it all off and hasn't talked about it since.

Renee Bargh is an Australian entertainment reporter who worked for Channel V Australia and is currently the co-host of The Voice Australia.

She has been living in Los Angeles for many years now.

In July 2018, Woman's Day reported that Bargh was at a red carpet premiere of Cruise's movie that the two have instantly "hit it off."

However, the TV personality slammed the claims, telling "The Kyle and Jackie O Show," that the speculation was untrue and "ridiculous."

"That's one of those ones where you look at it, and I got all these messages and emails from people in Australia being like, 'Oh my gosh, you're the new girlfriend,' and I'm like, 'Where did this come from?'"

Bargh revealed, "We just had a couple of great interviews on a red carpet. I think in Paris, and then someone just wrote that article. It came out of nowhere."

The show hosts joked that they don't see Renee Bargh with Tom Cruise because Bargh is "tall. She's got length to her. It'd be crazy."