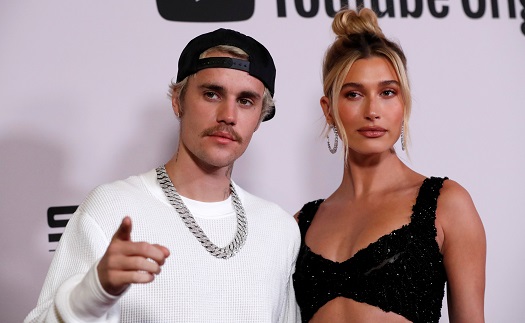 A Beverly Hills-based plastic surgeon is currently facing the wrath of Justin Bieber and wife Hailey Baldwin after posting a TikTok video suggesting that the supermodel went under the knife for some facial enhancements.

It all started on Thursday last week (MAy 21) when the 23-year-old Hailey clapped back on an Instagram post seemingly accusing her of getting plastic surgery. The Instagram account compared photos of Hailey during her teenage years and the present showing her prominent facial features.

Justin Bieber's wife commented on the said post and set the record straight that she did not undergo any surgical enhancement to improve her appearance.

"This photo on the right is NOT what I look like... I've never touched my face so If you're gonna sit around and compare me at 13, and then me at 23, at least use a natural photo that wasn't edited so crazy."

Hailey's response on Instagram prompted a plastic surgeon, Dr. Daniel Barrett, to share his expert opinion on whether the model had plastic surgery or not.

In his TikTok video, the doctor who owns the "Barret Plastic Surgery" clinic compared photos of Hailey from 2011 and a more recent snapshot from 2016.

The plastic surgeon, who specializes in facial reconstructive surgery, suggestws that Hailey's claim of not doing any cosmetic procedure is impossible, especially on her nose.

"Look how smaller the tip is from 2011 to 2016. That doesn't happen from puberty of growing," Dr. Barrett explained.

"I think she is gorgeous no matter what, whether she wants to admits having plastic surgery or not, that's her business."

Dr. Barrett also suggested that Hailey had a genioplasty, lip and cheek fillers, and jawline contouring.

The video, which now has 460,000 views, went viral on social media and reached the attention of the Bieber couple, which led them to take legal actions against the doctor.

Bieber's camp accused the plastic surgeon of using Hailey's image and likeness on the video to promote his practice without the model's permission. They also slammed the doctor for copyright infringement after using the lyrics of Justin Bieber's hit song "Sorry" on his TikTok caption.

The couple issued a cease-and-desist order against Dr. Barrett. They are threatening to pursue legal action if the doctor does not take down the video and issue public retraction within 24 hours.

Through TMZ, Dr. Barrett commented and remained firm that his comments are not degrading. He also fpund it crazy that the Biebers are eager to take him down for just a simple opinion video.

The plastic surgeon explained that the video aims to educate viewers about plastic surgery. He said he is willing to face the legal action and will not remove the video on TikTok.