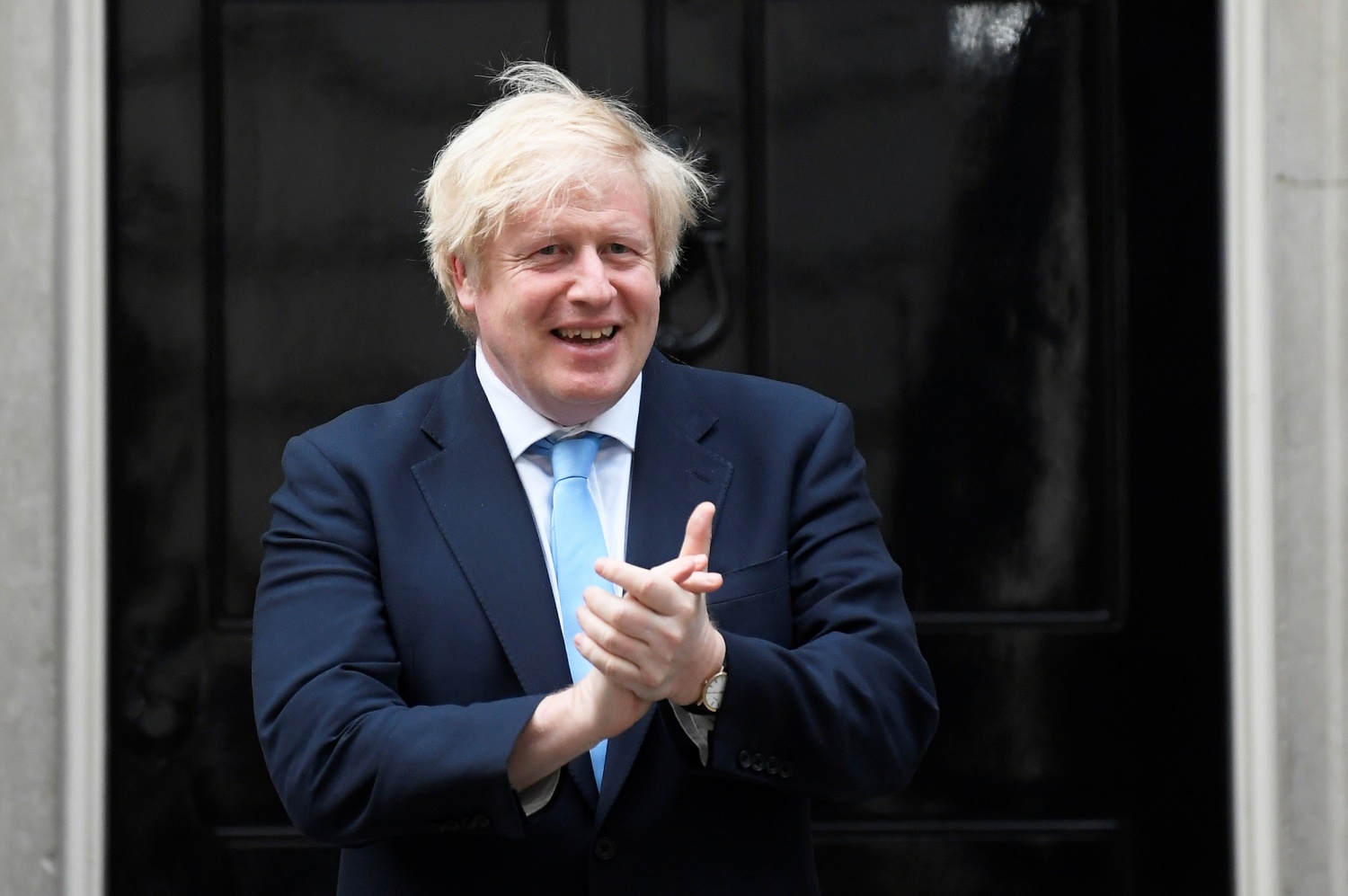 U.K. Prime Minister Boris Johnson is keeping himself in tip-top shape and improving his health after surviving the coronavirus earlier last April.

Interestingly, the 55-year-old British leader got the nod from Queen Elizabeth II to use the grounds of Buckingham Palace for his daily sprints amid the security concerns.

Queen Elizabeth II left her London residence and transferred to Windsor Castle during the onset of COVID-19 after one royal staff tested positive from the deadly disease.

The 94-year-old monarch -- who traditionally spends her summer in Berkshire-based castle -- is currently isolating with the Duke of Edinburgh. It has also been reported that the monarch will stay at Windsor for an indefinite time.

According to The Sun, Johnson has been spotted being dropped off by an armored Range Rover as he entered the side entrance of the administrative headquarters of the monarchy.

Sporting a red shirt, blue shorts, and a pair of sneakers, the Prime Minister has been trying to shed off some pounds after it was brought to light that his overweight frame may have contributed to his issues with coronavirus.

"He has been exercising in the grounds of Buckingham Palace," a source at No10 told the news publication. "It is important for him, like everyone else, to take regular exercise."

Following this, Johnson was also seen doing his daily sprints at the premises of Lambeth Palace, together with his male Jack Russell dog named Dilyn, whom he shares with fiancée Carrie Symonds.

The Sunday Times noted that Johnson has been granted permission by Archbishop of Canterbury Justin Welby to perform his regular exercise within the vicinity.

In April, the U.K. Prime Minister was diagnosed with the dreaded virus and had to be confined in the Intensive Care Unit for three nights. He was later removed from the ICU after showing an improved condition, though he needed to be monitored at the early phase of his recovery.

Buckingham Palace Closed From The Public

At this time of the year, the Buckingham Palace usually welcomes more than 30,000 guests to spend a breezy summer afternoon at the gardens or the Palace of Holyroodhouse. However, this tradition has been canceled due to health restrictions over the global pandemic.

Last March, The Firm released an official statement announcing that they made changes to the Queen's diary as a "sensible precaution" due to the situation.

"In consultation with the Medical Household and Government, a number of public events with large numbers of people due to have been attended by The Queen, and other Members of the Royal Family, in the coming months will be canceled or postponed," the statement read.