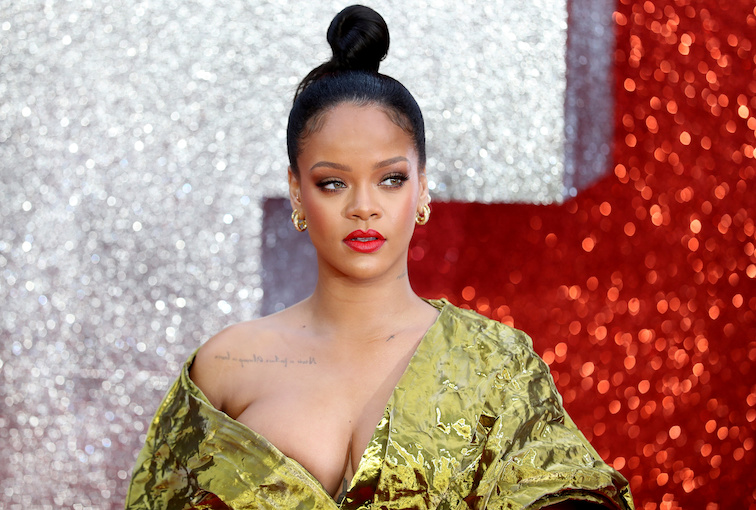 Travis Scott is famous for his legit talent in rapping and making music. Aside from that, he also became a regular household name after having a high-profile relationship with reality TV star Kylie Jenner.

The 28-year-old rapper -- born as Jacques Berman Webster II -- became even more controversial after getting the 22-year-old makeup mogul pregnant and having an on-and-off relationship with her.

But did you know that even before getting romantically involved with Kylie, the "Goosebumps" rapper also had a colorful relationship background and dated another high-profile celebrity?

Apparently, Travis had a short-time relationship with Rihanna, and it was just made public in 2015. While the idea of dating an award-winning artist seems to be an honorary badge to his dating history, it looks like the rapper was quite annoyed about the idea of spreading that information to the public.

In an episode of Throwing Fits podcast, co-host Lawrence Schlossman revealed that Travis was not really happy when he wrote about him and Rihanna going out back in 2015.

The revelation came after Schlossman was discussing with his fellow podcaster James Harris and journalist Jonah Weiner about their experiences of making a writeup about celebrities. They shared some of the articles they wrote that they hated or regretted.

That was when Schlossman brought up Travis being pissed at him when he broke the news that he is dating Rihanna.

"I broke the news about him and Rihanna, which they told me not to do," Schlossman revealed.

"Apparently, what La Puma, our boy Joe the Puma [a Complex editor], told me was that it hurt Complex's relationship with Travis. This was in 2015/16 I wrote this. But apparently, for the next couple of years, he would complain about that."

But things got a little interesting when the podcast host implied that it was not only Travis who was annoyed the dating news coming out. He also said something which seemingly hinted that the 32-year-old "Umbrella" hitmaker felt the same.

"It's not because he's like, 'Don't tell anyone I'm smashing Rihanna,'" Schlossman said.

"It's because Rihanna's like, 'Don't tell anyone that I'm smashing Travis Scott, please. [It's] obviously embarrassing as f*ck.'"

Based on Complex's December 2015/ January 2016 issue, Schlossman discussed his two-hour conversation with Travis, which involves all the controversy surrounding his career.

One of the topics they explored was about Rihanna, whom Travis described as his "muse" during that time. He also revealed finding the "Fenty Beauty" mogul as someone who is inspiring and very creative.

The duo met back in the 2013 Opening Ceremony show during the New York Fashion Week. In 2015, they collaborated for Rihanna's song "Bitch Better Have My Money."

In September of the same year, sources told Us Weekly that Rihanna and Scott were spotted being cozy at a private party in New York City after his tour.

"They were dancing extremely close. They are totally together. They weren't hiding at all," the insider revealed.