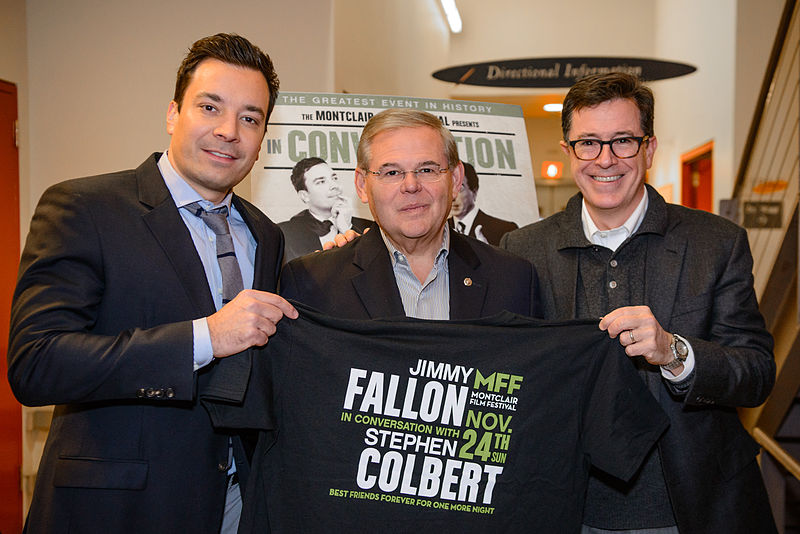 Grammy award winner Jimmy Fallon is facing a ton of backlash after a 2000 video of him resurfaced online.

Netizens have been canceling the renowned host on Twitter with the hashtag #jimmyfallonisoverparty, which has been trending online since Tuesday.

This came after his previous "Saturday Night Live" comedy sketch reappeared on social media. In the said clip, Fallon does an impersonation of Chris Rock while wearing full blackface alongside with "SNL" alum Darrell Hammond.

The 45-year-old TV personality immediately addressed the situation and wrote a sincere apology.

"In 2000, while on SNL, I made a terrible decision to do an impersonation of Chris Rock while in blackface. There is no excuse for this," Fallon wrote on Twitter. "I am very sorry for making this unquestionably offensive decision and thank all of you for holding me accountable."

Academy Award winner Jamie Foxx has Fallon's back though and defended him over his Chris Rock impression which happened 20 years ago.

"He was doing an impression of Chris rock. It wasn't a blackface. We comedians I know it's a tough time right now. But this one is a stretch. On a show called in living color, we played every race Let this one go. We got bigger fish to fry ... #changecourse," the actor wrote as a comment on a post by E! News.

As cited by Variety, the video began to re-emerge late Monday night after user @chefboyohdear posted it. It has since went viral and gained more than 900,000 views on Twitter.

Celebrities Being Under Fired On Blackface Issue

Megyn Kelly, who was a former Fox News anchor and a talk show host and correspondent on NBC News, also faced the same criticism on social media after she raised a question on why blackface is racist.

The host also pointed out the difference between the "white person who puts on blackface on Halloween" as compared to a "black person who puts on whiteface for Halloween," adding that the public must be okay with this "as long as you were dressing like a character."

The NBC publicly condemned the host after they officially announced that her show "Megyn Kelly Today" had been canceled after being on-air from 2017-2018.

Aside from Kelly and Fallon, Australian singer and songwriter Sia had to defend herself from Taylor Swift's fans who accused her of wearing blackface in her prior performances.

The "Chandelier" hitmaker explained that it was for her music video "Never Gonna Leave Me" where she was seen standing in front of a dark piece of cardboard, wearing a black wig and blackface and body paint.

She called out the pop star's fans and advised them to watch her previous performance, even sending a link to a YouTube video of her Adelaide show in February 2011.