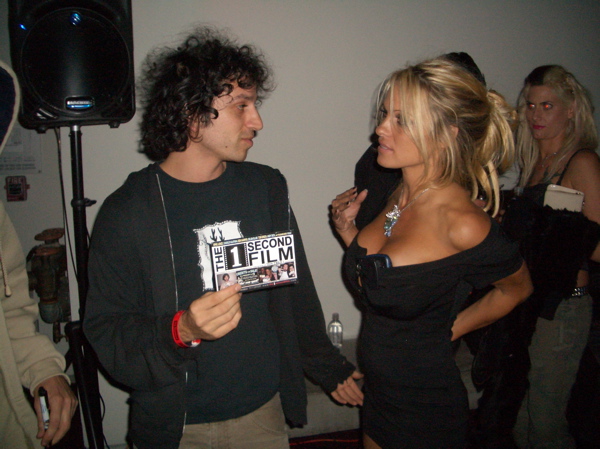 Pamela Anderson set the record straight and claimed that she never really married Jon Peters in the first place.

On January 20, the Hollywood Reporter confirmed that Pamela and Jon privately tied the knot in California.

Their marriage was said to be the fifth ones for both. Jon was previously married to 1970s actress Lesley Ann Warren, Barbra Streisand, Christine Forsyth-Peters and Mindy Peters.

However, the 52-year-old Canadian model debunked the claims that she already got married five times and disproved the previous reports that she and Jon truly tied the knot earlier this 2020.

After just 12 days in their alleged marriage, they decided to part ways. Apparently, however, they failed to obtain a valid marriage certificate. The two also did not do the necessary legalities and steps to make their marriage formal.

"We have mutually decided to put off the formalization of our marriage certificate and put our faith in the process," Pamela said that time before thanking everyone for respecting their privacy.

Recently, she brought up the issue once again and told The New York Times that she was not really married and only referred to her ceremony with Jon as "kind of a little moment."

"A moment that came and went, but there was no wedding, there was no marriage, there was no anything. It's like it never even happened. That sounds bizarre, but that's it," Pamela said.

Although they split, she added that she has no regrets on how things ended between her and Jon.

Aside from sharing her feelings amid the coronavirus pandemic, Anderson also took the chance to point out that she had only been married thrice and not five times.

Pamela then enumerated Tommy, Bob, and Rick as her ex-husbands, leaving out Jon from the list.

"And that is it. Three marriages. I know that's a lot, but it's less than five," she insisted.

After she opened up about her invalid ceremony with Jon, the marriage scam rose once again.

Jon said in an e-mail to Page Six that he paid for the almost $200,000 debt of her now ex-wife. It led him to decide splitting from her since she was "too broke" and only needed someone who could pay off her sizable debts.

"I paid it, and this is the thanks I get. There's no fool like an old fool," Jon ranted as he concluded in his e-mail.

He also included their break-up text on his e-mail, saying that he only wanted a quiet life and "not an international love affair."

Moreover, Peters claimed that Pamela initiated their marriage even though he was engaged to someone else before slamming his former bride for using his riches.

READ MORE: [WATCH] This Is What Cardi B's Tummy Looks Like When She's Not Sucking It In!