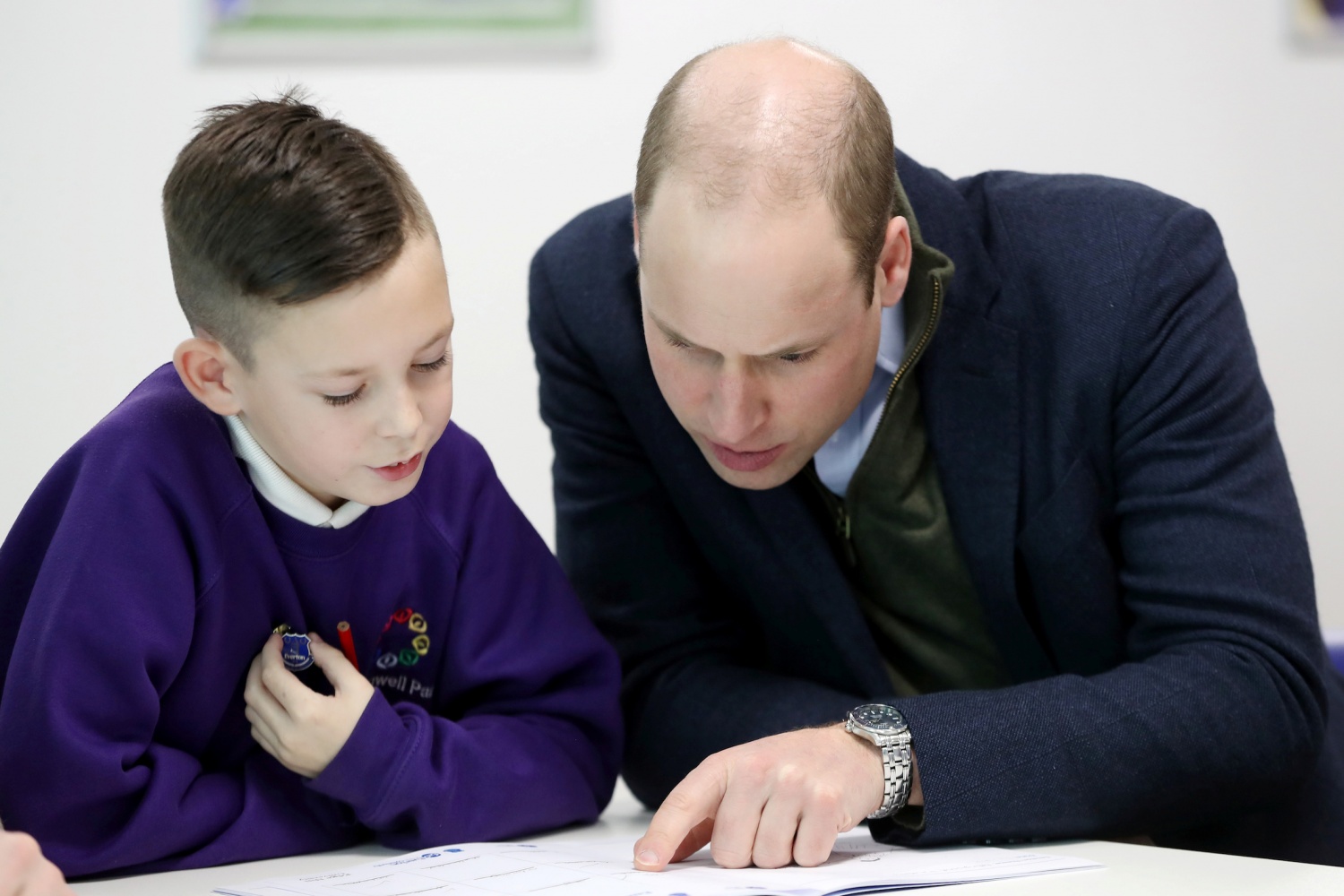 Prince William is indeed taking his parenting duties seriously. However, the father of three could not help but poke a bit of fun on how challenging homeschooling has been during the coronavirus pandemic.

William Struggled With Math, Too!

Due to the pandemic, schools around the globe have been forced to shut down. Even the members of the royal family have been engaged in online learning, with the children needing more help from their parents for their school work.

During a video chat to discuss his new documentary "Football, Prince William and Mental Health" that will be featured on BBC One, the 37-year-old prince shared how he and his wife Kate Middleton are working together to homeschool their children Prince George, 6, and Princess Charlotte, 5.

In a report released by PEOPLE, Prince William joked at the idea of homeschooling while chatting with other parents.

"Homeschooling is fun, isn't it?" William said, laughing. "You start to worry about how little you remember from your school days when you can't do the maths questions at home."

View this post on Instagram
Swipe up in our Story to go behind the scenes of 'Football, Prince William and Our Mental Health', as The Duke meets footballers, fans and managers from grassroots to the elite as part of the #HeadsUp campaign, which has kicked off the biggest ever conversation on mental health, through football A post shared by Duke and Duchess of Cambridge (@kensingtonroyal) on May 28, 2020 at 12:26pm PDT

Professional goalie Joe Hart then responded and admitted that his 5-year-old knows more about phonics than he did.

While everyone remains worried about how the coronavirus pandemic will bring about the new normal, parents will have to adjust a little bit more. Prince William and wife Kate will also have to take on the role of a teacher.

The new task to parents, including the royals, promises to be challenging. However, it also means parents get to spend more time with the kids. Perhaps, this is one of the good things brought about by the health crisis.

At the moment, the Duke of Cambridge has taken more responsibilities as a senior member of the royal family. The past few months have been challenging for everyone, and Prince William is doing his best to cope up with the challenges of the new normal.

While Queen Elizabeth II and Prince Charles continue to be in isolation for their own health and safety, Prince William and Kate have become more visible as the faces of the British monarchy.

The couple, who is currently practicing social distancing in their home in Anmer Hall, continues to carry out their royal duties via video calls. The virtual meetings that they have had bring about a different feeling from their traditional engagements, but everyone is trying to adapt.

Royal expert Omid Scobie said that while everyone wishes for things to be back to normal, there is something good about the calls the royals are having.

"So there is something really refreshing about the organic nature of these Zoom calls. They don't seem to run to an exact time frame," Scobie shared.

In a report released by Express. UK, Scobie expressed her desire for Prince William and Kate to keep some of the "informality" from here on out.

He also said that their recent engagements have shown the public a different side of the couple. He referred to it as something "raw" and "authentic."

Prince William and Kate have been sharing more about their personal life on social media. In fact, Kate recently shared rare photos of their children and their lives behind closed doors.

The coronavirus pandemic has indeed changed the world in more ways than one could imagine, but it has also paved the way for new things to blossom. As for the Cambrudges, their social presence in the last few weeks have brought the royal family closer to the public than it has ever been.