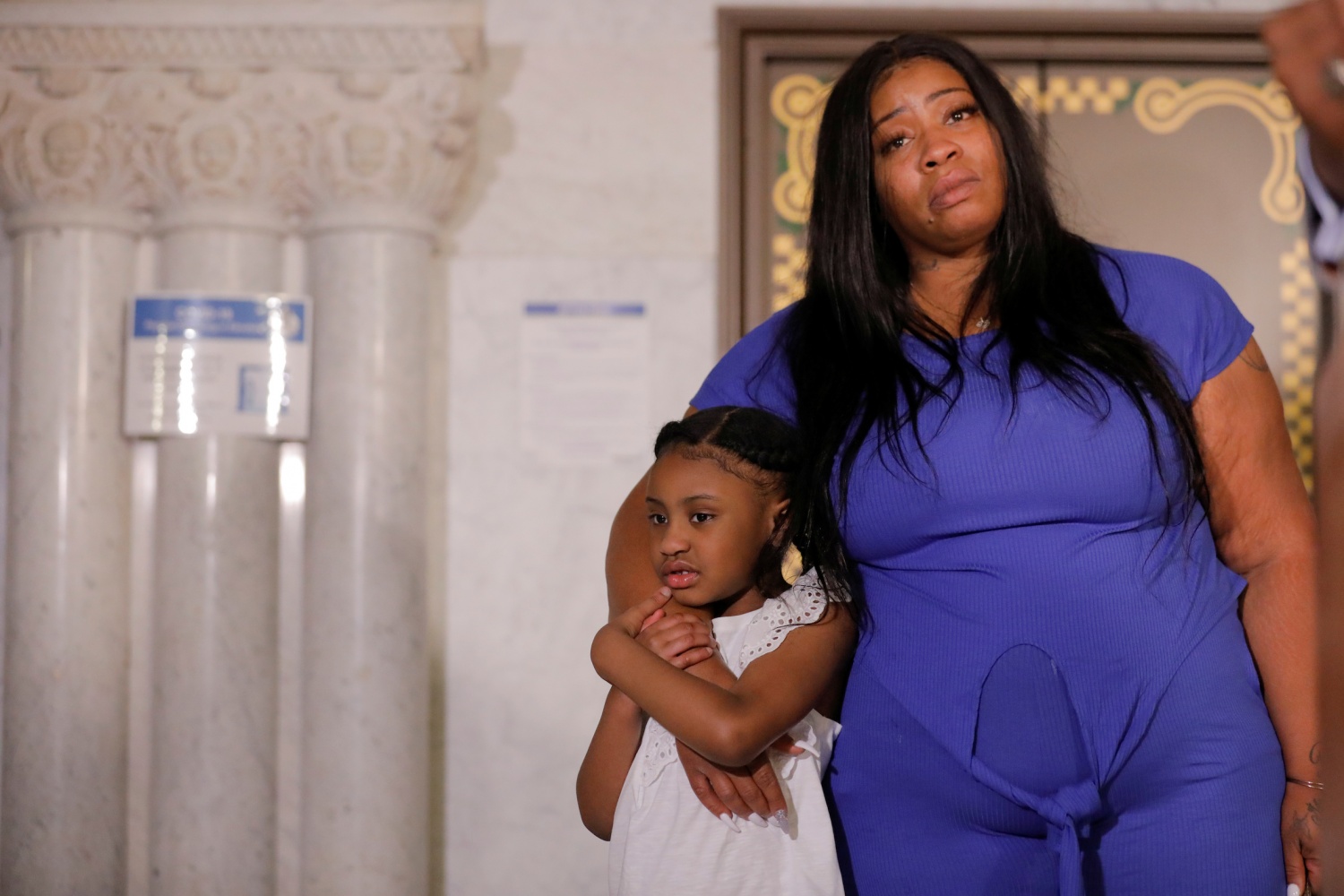 The mother of George Floyd's daughter broke her silence as she emotionally addressed his death in the hands of Minneapolis Police Officers.

In a press conference, Roxie Washington expressed her anguish that her 6-year-old daughter Gianna will grow up without her father.

"I want everybody to know what these officers took. At the end of the day, they get to go home and be with their families," Washington said in tears."Gianna does not have a father. He will never see her grow up, graduate. He will never walk her down the aisle. If there's a problem she's having and she needs her dad, she does not have that anymore."

Washington appeared in a press briefing together with their layers and former NBA star Stephen Jackson.

She went on and shared the first time Floyd saw their daughter and recalled how thrilled he was waking up and holding Gianna in his arms. "He loved her. He loved her so much," she furthered.

Washington ended her speech by describing him as a "good man" and that she and their daughter will demand the justice that he deserved.

On the other hand, Jackson revealed that the reason why his friend moved from Texas to Minnesota was "so he could come to provide for his family and be a better father."

He also vowed to support Floyd's daughter and walk her down the aisle on behalf of Gianna's father.

After numerous memorials held in his honor across the U.S, it was announced that the 46-year-old North Carolina native will be laid to rest on June 9. There will be memorials in the three cities that he resided in throughout his lifetime.

Following this, the eulogy for the services will be delivered by Rev. Al Sharpton as mentioned on his Twitter.

Meanwhile, in the latest George Floyd news, retired professional boxer Floyd Mayweather Jr. will be shouldering the funeral cost which will take in Houston. Mayweather has already sent $88,500 to Fort Bend Memorial funeral homes for the funeral, per TMZ.

Last May 25, Floyd -- who was unarmed -- was arrested by former police officer Derek Chauvin and three others for an alleged attempt to use a counterfeit 20 dollar bill.

The 44-year-old police officer pinned him down to the ground and kneeled on his neck for more than eight minutes while ignoring Floyd's plea, saying "I can't breathe."

Chauvin has been charged with third-degree murder and second-degree manslaughter and transferred to Minnesota Correctional Facility at Oak Park Heights.

Following the death of George Floyd, mass protests have been held not just in the U.S. but also in Great Britain, Germany, and Canada.

Several celebrities also took a stand against racial oppression and even marched along with other demonstrators.