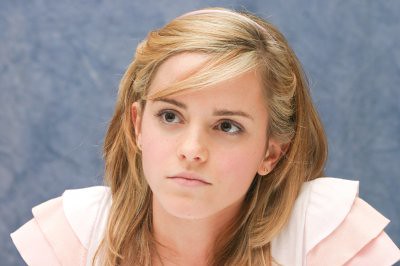 Emma Watson is an active voice in social movements such as feminism and LGBT rights. However, on Tuesday, she was accused of failing to promote one of the most popular movements right now adequately, the Black Lives Matter movement.

Several other celebrities have posted plain black squares on Instagram to represent a 24-hour social media blackout in the wake of George Floyd's tragic death in Minneapolis.

But with Watson's post, which was supposed to be just plain black, she added a white border concerning the aesthetic she chose on the social network.

Her post attracted likes and comments on both Instagram and Twitter, with some arguing that Emma Watson, who has more than 57 million Instagram followers, could have done more to amplify voices of black people, especially considering that her role in the United Nations is a goodwill ambassador.

One fan said, "The white border though LMAO." Another person said, "Black Lives Matter is not an aesthetic for your Instagram."

One commenter urged the 30-year-old, "Emma, please speak up about this. Use your platform to spread information, so many people are ready to listen to you, and it could have a massive impact."

Another said, "Open your purse girl; you've given us nothing!"

not Emma Watson trying to maintain her insta aesthetic and being a pretentious blm supporter?? hermione granger would've bully tf outta her for this pic.twitter.com/eSUTlOh5tx — nayeon lyricist (@nayeonsadyke) June 2, 2020

A Twitter user was disappointed that the actress didn't even share links to petitions and donations, unlike other celebrities.

"Emma Watson has 57.1 million followers on Instagram. Her first post about BLM has over 1M likes, and instead of sharing links to petitions and donations, she thought the best idea was sharing *black square emojis with white frames*? TF is that, open your purse, SPREAD INFORMATION."

Other fans are accusing people of cancelling and "dragging an ally," pointing out that the "Little Women" actress' history of activism and her posts she made this morning.

"Imagine thinking Emma Watson is a white feminist. Emma has been uplifting black voices for years when it wasn't a trend. Y'all are trash, and I am not here for you dragging an ally."

Are you guys serious?? Have you ever fact checked what your are saying about her??? She has stood up against racism many times but you’re just ignore that because you think it’s a better idea to follow suit of everyone else who probably ALSO didn’t fact check???#EmmaWatson — Søphia (@sophiatheninja) June 2, 2020

Throughout Tuesday, as a massive flow of hateful comments and criticism flooded each photo, she later took to her Instagram page to say, "I stand with you."

Emma Watson said, "There is so much racism, both in our past and present, that is not acknowledged nor accounted for. White supremacy is one of the systems of hierarchy and dominance, exploitation, and oppression, that is tightly stitched into society."

The "Beauty and the Beast" star further ignited that she sees people's "anger, sadness, and pain," despite not knowing what it feels.

"Over the coming days, I'll be using my bio link and Twitter to share links to resources I've found useful for my researching, learning, listening."

Aside from becoming a United Nations ambassador since 2014, she also founded the book club "Our Shared Self" and many other initiatives and causes.

She has a history of amplifying voices, particularly in the feminism realm.