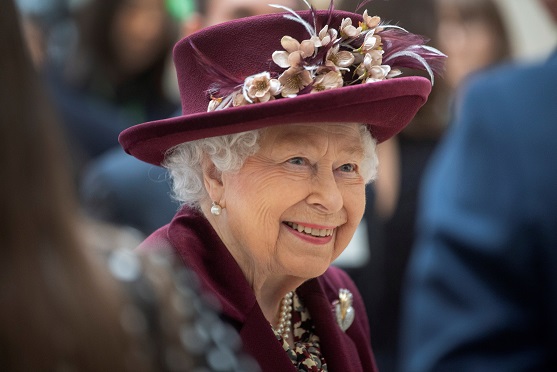 Just like any other man in the family, Prince Philip is an image of the typical patriarch who exhibits less emotion and is the epitome of "man of few words."

Throughout his royal career, the Duke of Edinburgh has never let his guard down and would always keep his composure in and outside the Buckingham Palace.

However, there was one incident when Prince Philip teared up and was not able to hide his emotions. And this is caused by none other than his wife, Queen Elizabeth II.

Prince Philip and her "Lilybeth" have been married for almost 73 years. Before being crowned as Queen Elizabeth II, Prince Philip worked as a Naval Officer and dedicated his life to have a stellar career in sailing. His dream was to rise as First Sea Lord, just like his uncle and father-figure, Lord Mountbatten.

But soon after Queen Elizabeth's coronation, the Duke of Edinburg faced pressure from courtiers and the British government to give up his career. Former Prime Minister Winston Churchill particularly urged Prince Philip to give up sailing to work hand-in-hand with Her Majesty in running the royal family.

Prince Philip has accepted his fate working beside his wife, who is still busy reigning the British monarchy.

"I thought I was going to have a career in the Navy, but it became obvious there was no hope," Prince Philip said in a previous interview, per Express U.K.

"There was no choice. It just happened. You have to make compromises. That's life. I accepted it. I tried to make the best of it."

While he had to give up his lifelong dream to serve the people of the United Kingdom, Prince Philip did not just perform his duty for the sake of working for the Queen. He was a hardworking senior royal who always accompanied the Queen in her royal engagements while championing several projects of his own.

This week, Prince Philip will be celebrating his 99th birthday. And while huge gatherings are still prohibited due to coronavirus threats, the Duke will have a special day celebrating it beside the love of his life.

Prince Philip has been in isolation with his beloved wife in Windsor Castle and has been spending their quarantine time well for the past two months now.

In a Telegraph report, royal correspondent Camilla Tominey said the royal couple will celebrate the occasion by having a simple lunch and virtual greetings from family and friends.

"Philip is said to be 'characteristically taciturn' about the occasion and has opted, as is his habit, not to make a fuss," Tominey wrote.

In the past, Prince Philip has been celebrating his birthday in a low-key manner, but there was one celebration that brought him to tears after Queen Elizabeth gave him a pleasant surprise.

Daily Mail royal correspondent Richard Kay revealed how Prince Philip was moved to tears when Queen Elizabeth gave him a special gift during his 90th birthday in 2011.

"Nothing illustrates the Queen's devotion more than her marking his 90th birthday by bestowing on him one of her own titles, that of Lord High Admiral," Kaye wrote in an article published shortly after Philip's retirement in 2017.

"Cut adrift for so long from the life at sea he'd loved, it meant he'd been effectively returned to the Senior Service."

Despite having a strong image, their friends confirmed that Prince Philip was "almost in tears" after Queen Elizabeth's gesture.

READ MORE: Royal Family Has Found The Next Princess Diana!