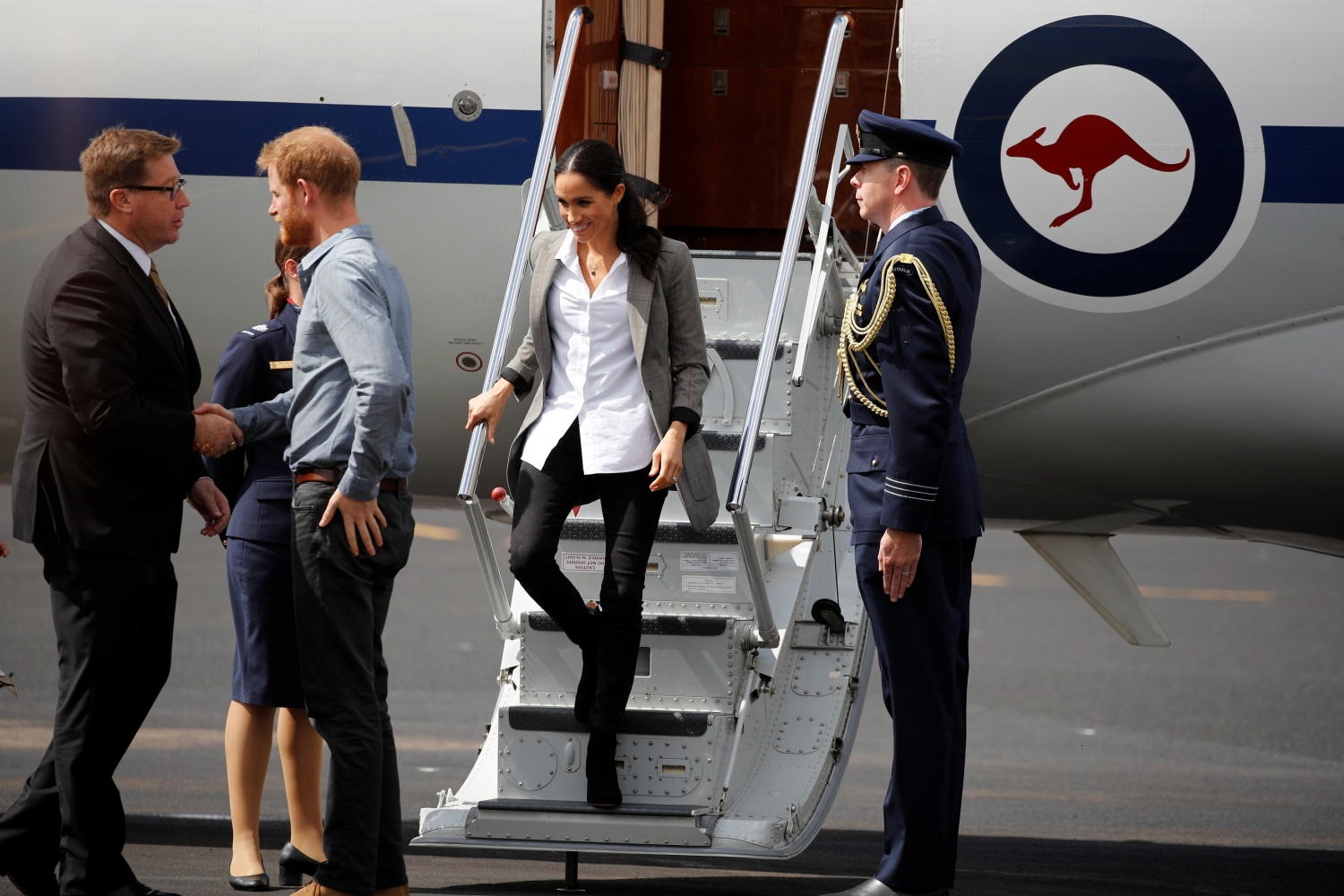 After officially stepping down as senior members of the British royal family, the Duke and Duchess of Sussex left the UK for Los Angeles, US, after a short stint in Vancouver Island, British Columbia.

Meghan, Prince Harry, and their one-year-old son Archie arrived in Los Angeles just before the US border was shut down.

However, their quick decision to move might be the wrong decision.

The Sussex family moved to a country were the coronavirus has infected more than one million of its citizens and has over 100,000 deaths.

Though Meghan Markle and Prince Harry are doing their best to keep the COVID-19 out of their lives, there's one more thing they cannot control.

Violent mass protests have broken out across the United States. It was sparked by the death of George Floyd, who was murdered by a police officer in Minnesota.

In a report by New Idea, a source close to the Duke and Duchess of Sussex are deeply troubled by what they are seeing in the US and that it's becoming evident that their dream life isn't panning out as hoped.

Their source reveals, "It's rapidly becoming a nightmare that no dad would ever want his baby son involved in."

It is worth noting that Prince Harry and Meghan Markle decided to step down from their royal duties because of the intense backlash and media scrutiny they are facing and that they don't want their son to experience it.

The source further claims that there have been terrifying "fireworks, fighting and explosions" close to the mansion movie producer Tyler Perry has lent them.

"The United States is a terribly violent place to be right now."

The source continued, "For someone who has seen frontline combat, I imagine that would have been triggering for Harry."

It is also the conviction and realization of the Duke of Sussex that the volatile situation might get worse, and now, he wants to get out.

"He doesn't want Archie's first memories being of explosions and fear, which they will be at this rate, growing up in Los Angeles."

According to their source, Prince Harry and Meghan Markle's top priority is to move out of the US immediately.

However, once they move out of the US, it doesn't mean they will be going back to the UK despite the obvious choice.

It is said that Prince Harry's own ego might stop him from doing that.

"He knows it will look ridiculous to go back to England with his tail between his legs, not to mention that he doubts Meghan would even go."

But where will Prince Harry and Meghan Markle go if they leave Los Angeles?

A royal insider reveals that Prince Harry has his heart set on the land down under - Australia.

"To him, the move makes sense," the insider continues, "He was already so impressed at how Australia handled the COVID-19 crisis, and it feels like a safe, beautiful sanctuary at the other end of the world right now, and he desperately wants to whisk his wife and child to safety."

The insider shares that Prince Harry has always loved Australia ever since spending a gap year there in 2003. He reportedly believes it would be the perfect spot for his family to escape, not only from the COVID-19 but also the violence in the US.

READ MORE: Queen Elizabeth Responds to Letter That Pleads UK to 'Take Back US Again'