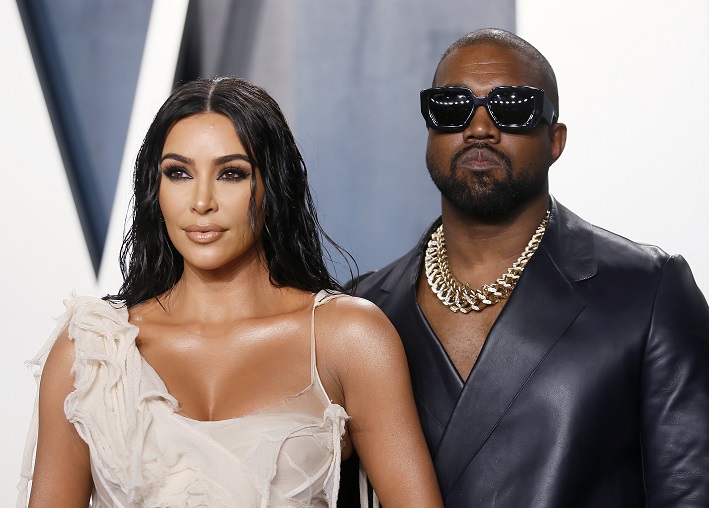 Kim Kardashian West and Kylie Jenner will soon have a new competition when it comes to beauty and skincare products, and it's one of their family members - Kanye West.

We know that the "Jesus Is King" rapper is excellent at producing music, his philanthropic works, his Sunday Service, his drive and determination to be on the billionaire's list, and of course, the success of his brand Yeezy which carries a fashion and a shoe line.

But it looks like Kanye West is venturing into the beauty industry as well.

It will also cover aromatherapy products, toothpaste, and deodorant.

In 2017, Kanye West tried to go the same route by trying to get the rights for DONDA brand cosmetics, but it wasn't approved.

The fashion designer's foray into the beauty side of the business will be in direct competition with his wife, Kim Kardashian, for her company, KKW Beauty, who sells cosmetics and perfumes, and half-sister-in-law, Kylie Jenner, and her company Kylie Cosmetics and Kylie Skin.

In the past 20 years, Kanye West became one of the most acclaimed and best-selling music artists. His Yeezy collaboration with Adidas also came as a surprise to be successful.

In April of this year, Kanye West is finally considered a billionaire. He is reportedly worth $1.26 billion after providing documents to Forbes magazine, which proved his fortune by giving the editors an authentic look into the numbers of Kanye, Inc.

Kanye West claimed that his net worth is "not a billion" but "$3.3 billion since no one at Forbes knows how to count."

Yeezy was valued by the Bank of America to be $3 billion last year, just before the fashion industry was hit hard by the coronavirus pandemic.

Kanye has over $140 million of royalties, properties, and assets, and his G.O.O.D. record label is worth $90 million.

In cash, he listed that he has $17 million and $35 million worth of stocks.

However, Forbes noted that there was a lack of independent verification for the figures that mentioned the musician having almost $100 million worth of debt.

In 2016, he revealed that he had financial problems by airing it on Twitter, even personally reaching out to the Facebook founder and CEO Mark Zuckerberg to invest a billion dollars in his work.

Writing on Twitter, he said, "I write to you my brothers while still 53 million dollars in debt.. please pray we overcome... this is my true heart."

"Mark Zuckerberg invest 1 billion dollars into Kanye West ideas ... after realizing he is the greatest living artist and greatest artist of all time."

In 2019, Kanye West was left displeased with Forbes as they have refused to mention him in the billionaire's list.

It was reported that the father of four has even texted a reporter that the article was "disrespectful" and that it seemed like they were "purposely snubbing me."