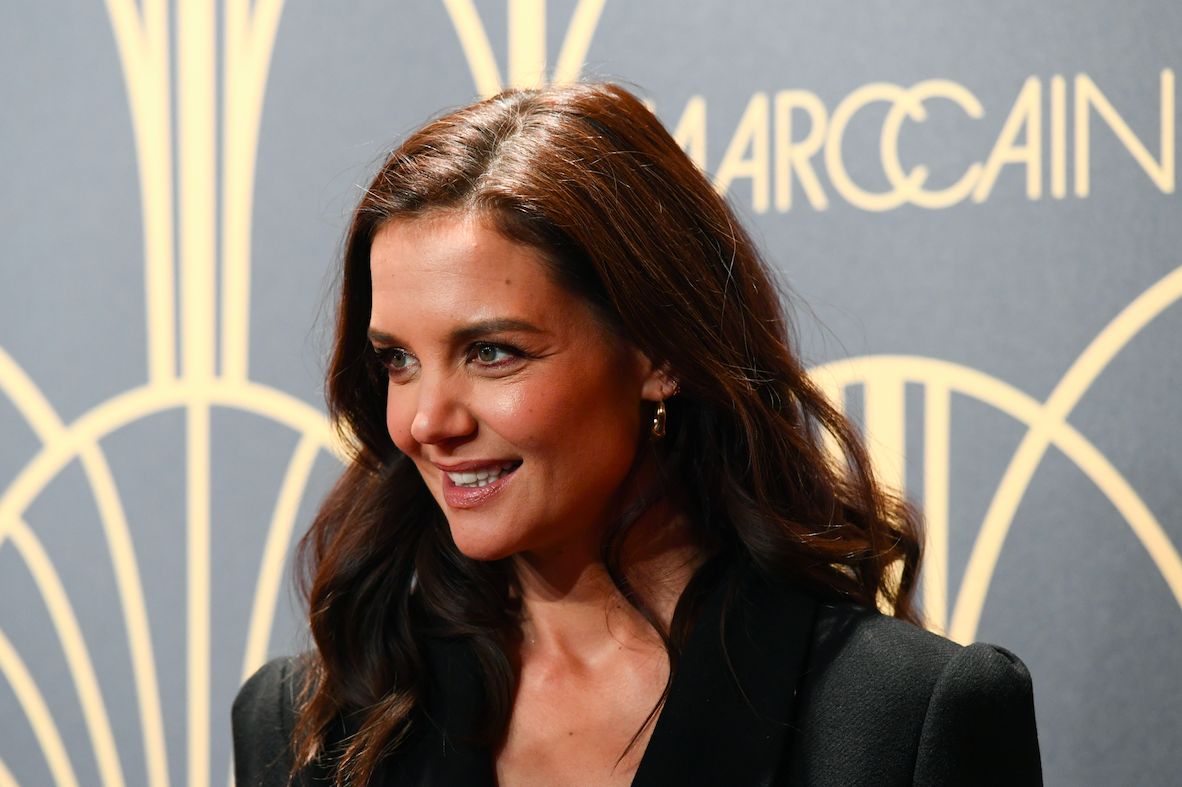 Katie Holmes is said to have adopted a baby. She has all but given up in looking for another man to love and have her next baby with, so she's giving her daughter a sibling the "easiest" way - adopting.

Some rumors have surfaced that Tom Cruise's ex-wife has now adopted a child, a baby boy to be exact.

According to Woman's Day Australia, the actress, 41, is already finalizing the adoption of a six-month-old boy. Allegedly, the baby she was spotted holding, while out and about in New York's Central Park, is the lucky baby boy.

Suri Cruise is also said to be ecstatic about having a brother.

Of course, none of these could be confirmed until Katie Holmes' camp confirms it. A source told Woman's Day that when strolling with the boy in a pram, some people who spotted them went into a meltdown, wondering if this is her child or just a friend's.

While the world awaits this confirmation, if it is coming, the insider believes that if this is truly her adopted son, then this is a dream come true for Suri.

Suri Cruise has been wanting a sibling for years. According to the insider, adopting a child has been on the table for a while already for this mom-daughter duo. Allegedly, they started making plans when Katie Holmes broke up with Jamie Foxx. The breakup probably made her realize that waiting for the right guy so that she can give Suri her sibling is going to take too long.

One source, who has a strong belief that this child is Katie's adopted son, claims that it is apparent that Holmes went ahead and made her plans with Suri come true during this lockdown. This is because Holmes had been acting secretive lately. The same goes for Suri. The obvious conclusion is that they are hiding a baby and taking care of it out of the prying eyes of the media.

The insider had it that if the baby boy with blonde hair and pink cheeks was truly Katie's, then she made a local adoption. Even though she has close ties to the charity, Raising Malawi, she is also a staunch advocate of "Love Our Children USA."

Can Suri truly handle an adopted sibling? Apparently the source revealed that yes. Katie was worried that the adopted baby would feel like a burden to Suri since she's on her awkward teen years, but Suri surprised her mom by claiming she cannot wait to be the baby's other parent.

Katie Holmes and her daughter Suri are really close together so whatever the actress does, she had to run by also with her. The actress even said they saved each other!

Theirs is a mom-daughter relationship that anyone would want to have, especially since Katie Holmes literally struggled alone to raise her daughter alone. In a 2017 interview with Town & Country, the actress claimed that it was very important for her that Suri would be raised well, and would enjoy a stable, innocent childhood.

Now that Suri is all grown up and starting to show how well she has been raised, maybe it is truly time that she and Katie have a new addition.