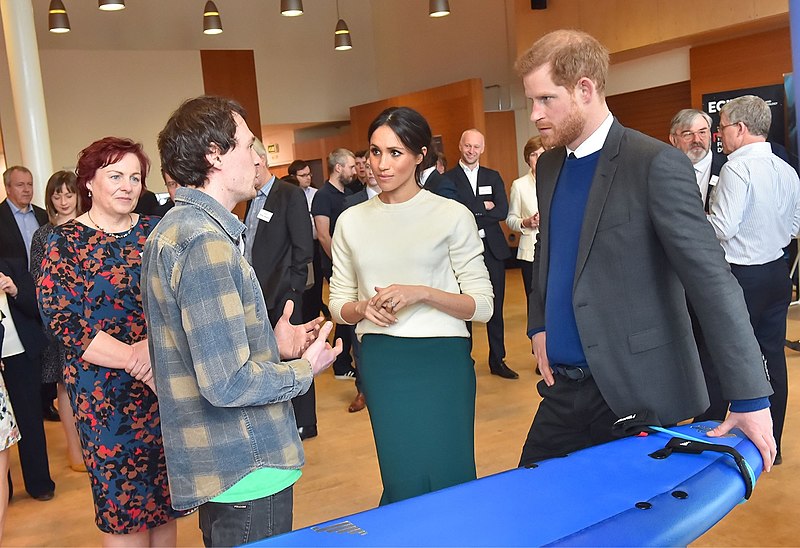 In their goal to live a private and independent life, Prince Harry and Meghan Markle are reportedly working on various ventures so they can support their newfound life in Los Angeles.

Aside from Meghan's plans of relaunching her lifestyle blog called "The Tig," the Duke and Duchess of Sussex are said to have signed a speaking engagement deal that could turn them into royal millionaires.

The company is said to be the agency behind the speaking engagement bookings of former U.S. Presidents Barack Obama, Bill Clinton, and their wives Michelle Obama and Hilary Clinton.

An insider close to the Sussexes confirmed that the couple already signed the deal with the agency, but the agreement did not specify whether the speaking fees will cover both Harry and Meghan or they will be paid individually, as per Los Angeles Times.

Harry Walker Agency is expected to expose Harry and Meghan as keynote speakers with big money corporations and community forums, which could help them earn millions and achieve the financial independence that they've always wanted.

The Duke and Duchess of Sussex are not a newbie when it comes to corporate speaking engagements. A few months before they officially stepped down as senior royals this year, Prince Harry spoke in an exclusive event hosted by the banking giant JP Morgan in Miami. The company's annual event was usually attended by millionaires like Bill Gates and Alex Rodriguez.

Public relations experts claimed that Harry could have earned half a million dollars on the JP Morgan speaking engagement alone.

During his speech, Prince Harry reportedly talked about mental health, which he has been championing ever since the tragic car accident that killed his mother, Princess Diana.

While the speaking engagement deal could be a silver lining for Harry and Meghan's financial independence goal, a royal expert warned the couple that they might need to offer the royal family as a sacrificial lamb to achieve such earnings.

Speaking to Mirror, Majesty magazine editor Ingrid Seward said that this particular deal might require the Sussexes to tell stories about their time as members of the British monarchy.

Seward believes that they may have to spill the royal family's dirt to justify their massive paycheck.

"No one wants to pay to hear them sounding off about gender equality and the environment," Seward said.

"Harry and Meghan will really have to up their ante, and they will absolutely have to tell some stories about the Royal Family."