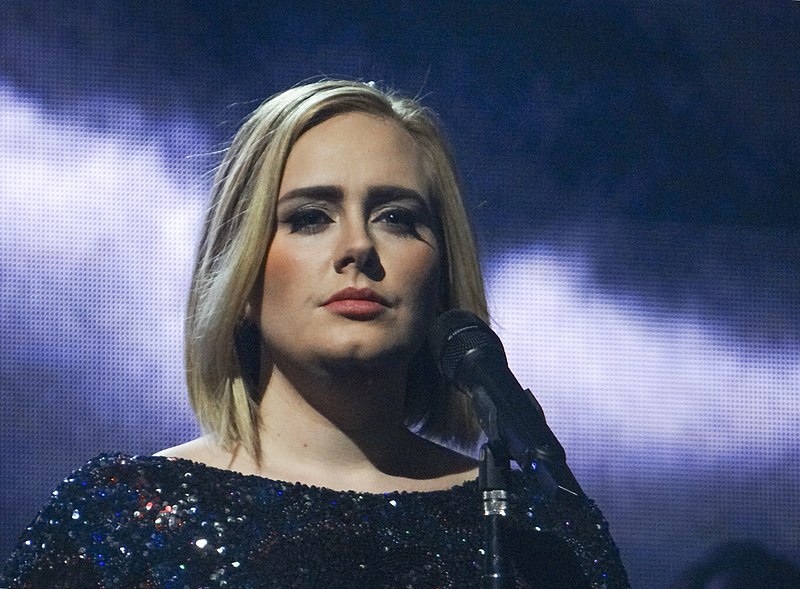 Fans are shipping Adele and rapper Skepta over Instagram.

This came after the Grammy Award winner posted a series of photos of herself watching the BBC's Glastonbury highlights.

In the first photo, the 32-year-old singer was donning her white and gray lounger wear while holding a handy fan. In the second photo, the "Someone Like You" hitmaker wore her custom-designed dress by Chloe, side by side her 2016 headline set.

"Finally got your Instagram password lol," to which the "Chasing Pavement" songstress replied with an emoji with a tongue out and a heart icon.

One user even showed her support to the two musicians and said "I'm here for it," while the another one speculated that Adele and Skepta are in a relationship and called them as "couple goals."

Another fan even pleaded to make this a reality.

Did Skepta And Adele Date?

Although the two never admitted nor publicly commented on their rumored romance, speculations about their relationship sparked when The Sun cited that the "Rolling in the Deep" singer and Skepta did go on a series of dates after their failed relationships.

"Adele and Skepta have been there for each other a lot after both their relationships split up. They have a close bond and there's definitely a special connection," a source told the outlet.

Moreover, the source claimed that the two might "end up as a great couple"

"They're spending more and more time together. Some of their friends are hoping and predicting they could end up being a great couple one day."

In addition, the outlet noted that the two musicians "are both private about their love lives" and are  "committed to their children first and foremost as well."

To recall, Adele has a 7-year-old son named Angelo, whom she shares with her ex-husband Simon Konecki. Meanwhile Skepta, whose real name Joseph Junior Adenuga Jr, has a 1-year-old daughter named River.

The "Energy" rapper previously told ES Magazine back in 2016 that he "texts all the time" with Adele, while the 32-year-old "keeps him in check" to talk about "how things are going."

Last September 2019, Adele filed for a divorce from her investment-banker-turned-charity-boss husband after three years of being married and five years of dating.

READ MORE: Falcon Actor Reveals UGLY Mistake That Marvel Has Ever Made