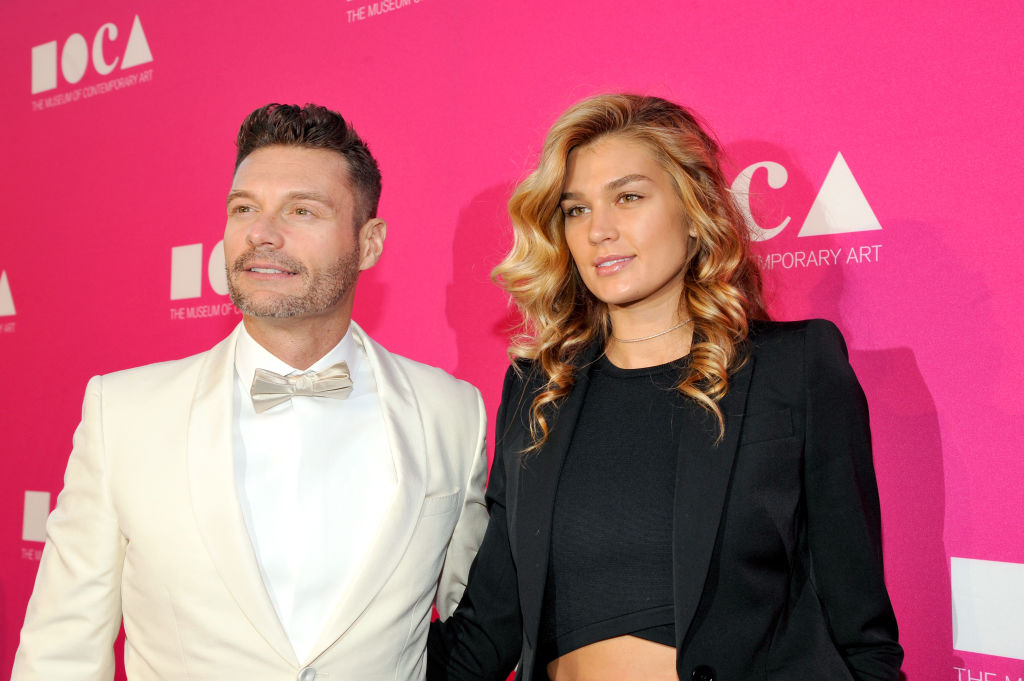 For the third time, Ryan Seacrest and on-again, off-again girlfriend of seven years have reportedly broken up. But is it for good this time?

A representative for the "American Idol" host said in a statement to People magazine that their relationship ended "amicably some time ago."

"They remain good friends, each other's biggest supporters and will always cherish their time together as a couple."

But the 45-year-old TV and radio host wasted no time moving on after splitting from the 28-year-old chef.

In a report by The Daily Mail, Ryan Seacrest was already spotted holding hands with a mystery woman while on vacation in Cabo San Lucas, Mexico, last week, marking an end to the on-again, off-again romance with Shayna Taylor.

Another source told E! News that Ryan Seacrest, real estate mogul Mike Meldman, and some of his friends flew to Mexico via private jet for some rest and relaxation; however, he just spent the entire time with his "new lady" at their private villa.

"Ryan looked relaxed and was able to just sit and chat. He didn't have his phone or computer around and was very attentive and always having deep conversations with his new girl."

As per E! News' insider, the getaway was a "romantic" one, that both Ryan Seacrest and the mystery woman were left together at the end of their stay.

Ryan Seacrest and Shayna Taylor were first linked in 2014, but since then, their relationship was a bumpy road. They broke up and reconciled several times.

In fact, Seacrest even revealed on his show "Live with Kelly and Ryan" last May that they have already broken up twice back in May.

"It's our third time together," he said, wishing Taylor a happy third anniversary.

As Access reports, the couple first broke up in December 2014, which lasted into 2016. The blonde beauty even moved with her then-beau to New York when he joined Kelly Ripa on "Live."

That second run ended in February 2019, before they rekindled a third time in the fall.

Ryan Seacrest's vacation to Mexico may seem like a much-needed one, as an on-air scare during the finale of "American Idol" last month had many watchers thinking that he had suffered a stroke, while live.

After the show's final 11 contestants and British actress and singer Cynthia Erivo, the cameras cut back to Ryan Seacrest, who started fumbling over his words and have even had paused in-between sentences.

Watchers also noticed how one of his eyelids were drooping and appeared to slur his words. They also claim that Ryan Seacrest had trouble reading his script.

The following day, Seacrest was also absent from "Live."

Seacrest's representatives issued a statement denying that he had a stroke, adding that the hardworking host was just tired.

"Like many people right now, Ryan is adjusting to the new normal and finding work-home balance, with the added stress of having to put on live shows from home."