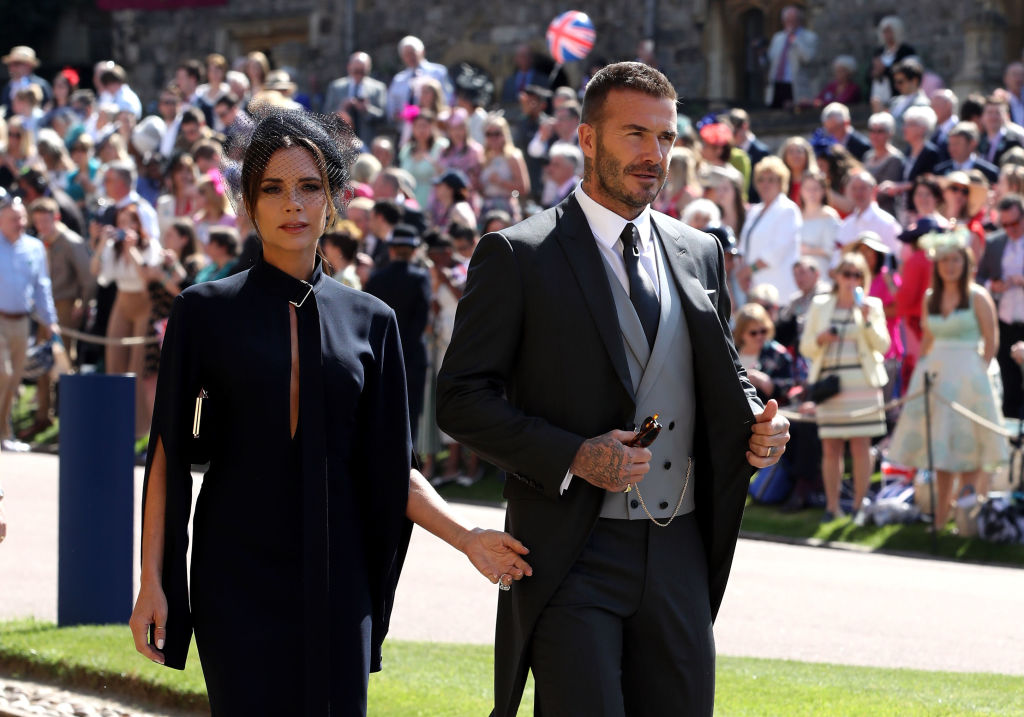 Former "Spice Girl" and fashion mogul Victoria Beckham is said to be feeling some extreme back-to-work anxiety following some losses from her clothing line of the same name.

And according to Heat UK, her husband, David Beckham, thinks it's time to close her company and put their entire family first.

An unnamed tipster close to the Beckhams told Heat, "Vic herself has admitted that the future of her fashion empire is shaky. She is constantly stressing over how to navigate the business in the current climate."

"Her friends, and even David, have said it might be time to let go of her dream."

The tipster further claims that the football superstar is said to be "fed up" of losing millions over something "that has caused them so much anxiety and bad press."

Some of Victoria and David Beckham's friends are also desperate for Posh to wake up and realize it herself.

Back in April, the 46-year-old mom was in hot water after furloughing her VB employees, but then, later on, she reversed her decision.

While fashion-lovers have praised the designs of Victoria Beckham, Posh Spice recently came under fire for selling a $110 Pride t-shirt with just 25% of the profits will go to a charity.

It was even revealed weeks ago that Victoria Beckham's company had a $7.8 million loan in a bid to keep the company afloat after its many years of losses.

According to Heat, in the 12 years of the Victoria Beckham brand operated, it has never made a profit. The company losses went up to $51.6 million despite several multi-million cash injections.

Friends of the mom-of-four are said to be baffled why Victoria Beckham won't give up and accept defeat.

Heat's insider shared, "It's no secret that the company has had huge losses, and her family and friends have been scratching their heads as to why she continues in vain to try to make it a success."

They claimed, "For a long time, it has been about getting the family brand into the high-fashion world, but at what cost?"

The magazine's insider further revealed that despite being so much pressure, Victoria Beckham "feels" that she can't walk away from her company.

"Fashion is her identity, and she never wants to let go."

Spending the lockdown with her 45-year-old husband, their kids, Romeo, 17, Cruz, 15, and Harper, 8, has also added to Victoria Beckham's anxiety about returning to work.

It reportedly got to the point where she dreads returning to London and would rather be "mommy all day" in their Cotswolds home.

As David Beckham soon returns to Miami to focus on football, he hopes that Victoria focuses less on her fashion empire and more on their kids at home.

"It's already such a huge strain on her relationship with David. He's a bit selfish, but it's left Victoria wondering if she really should continue with it, considering the damage it could do to the brand and her marriage."

David Beckham is still wondering if everything is worth it but knows that leaving it behind would leave his wife utterly heartbroken.