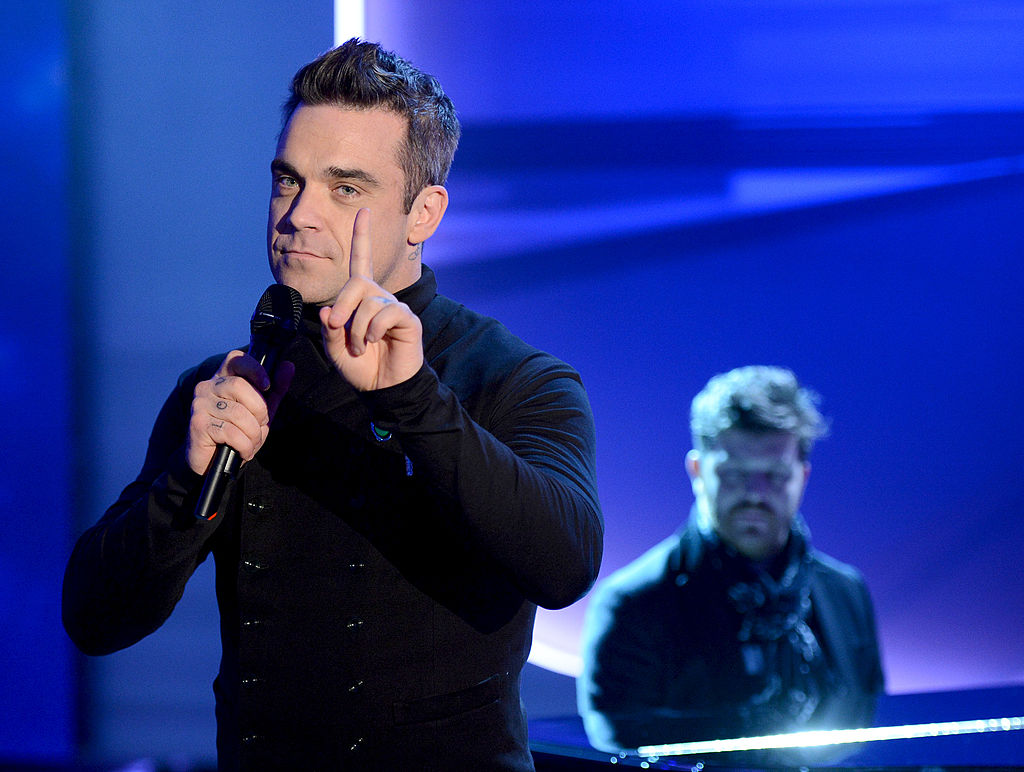 British music icon Robbie Williams revealed a shocking experience he had while working with a humanitarian group in Haiti alongside his wife Ayda Fields.

In Ayda's new podcast "Postcards from the Edge," Robbie shared their terrifying ordeal during their charity expedition in Haiti in the aftermath of the 2010 earthquake.

The "She's the One" hitmaker recalled that he was nearly "beheaded" by unknown bandits while doing volunteer work with UNICEF.

"I got threatened to be beheaded in Haiti. We were going out there to help," Williams mentioned. "I was like, 'Should we go to the next street then?' and looking back, it was scary."

The singer's 41-year-old wife, with whom he has four children, also encountered the same experience.

"I was with you, I too was being threatened to be beheaded as well," Fields shared.

In addition, an estimated 1.5 million people were left homeless, which have resulted in a tremendous humanitarian crisis.

According to the couple, they traveled to the Caribbean country and spent four days to support and provide help for families who had lost their homes during the catastrophic disaster.

The "Somethin' Stupid" singer was introduced as an ambassador of Unicef UK in 2000 and had been traveling to different countries to show support to the cause of the global charity.

"When you go to somewhere like Haiti, it does make you feel like you want to help. It's awful what has happened. Working with kids has made me want to have them," Williams furthered.

Since Haiti is considered one of the poorest countries in the world, the government sought help from different organizations to provide temporary shelter for the victims.

The "Rock DJ" hitmaker witnessed the struggles of millions of families as he visited a camp city in Jacmel, and met refugees.

"This earthquake hit children the hardest. They are so vulnerable. They're living day-to-day without the basic things they need and at risk of violence and abuse. I don't know about you, but I think this is wrong and we need to put it right," Williams mentioned at that time.

Aside from volunteering during the catastrophic earthquake in Haiti, the British singer is a passionate supporter of UNICEF's work on HIV and AIDS and has visited countries like Mozambique and South Africa to uphold the organization's "Unite for Children, Unite against AIDS" campaign.

Furthermore, Williams also traveled to Mexico City in 2012 to document a short film for the fourth Soccer Aid. He has even worked with David Beckham in 2014 to launch the charity's "Children in Danger" campaign, which aims to protect children from disease, violence, hunger and the chaos of war and disaster.