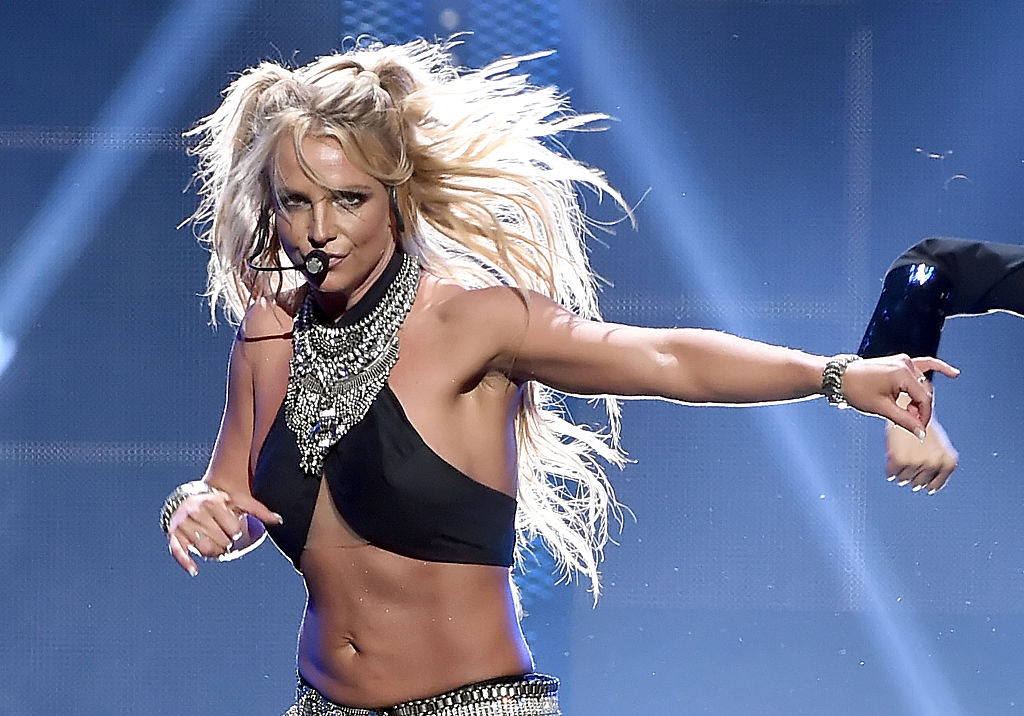 Britney Spears has been staying active in social media even before the coronaviurs pandemic, sharing a glimpse of her daily life to her 26.6 million Instagram followers.

Some of her videos include her at-home dance exercises, which she usually does while donning a sports bra and tiny workout shorts.

However, in her latest IG post, concerned fans flocked to the comments section as they expressed their worries about her mental health.

In the 47-second video, the "Baby One More Time" hitmaker was spotted holding a colorful bouquet while wearing a bright yellow cropped off-shoulder top and low-rise shorts and showing off her toned abs and small waist.

View this post on Instagram
HOLY HOLY CRAP !!!!!! My florist surprised me today by making the flower arrangement all different colors ….. I was so excited I threw on my favorite yellow shirt and just had to SHARE ️️️ !!!! A post shared by  Britney Spears (@britneyspears) on Jul 2, 2020 at 1:46pm PDT

"HOLY HOLY CRAP !!!!!! My florist surprised me today by making the flower arrangement all different colors ..... I was so excited I threw on my favorite yellow shirt and just had to SHARE!!!!" Britney wrote followed by an emoji of flowers and stars.

Although the video looks normal, things got a little bit bizarre in the latter part of it when Spears began waking in and out of the frame over and over again.

While some of her supporters called her "queen of flowers," others sparked concern about her well-being.

"What is happening?! A comment that read "the queen of left and right" has me dying," one user wrote, while another fan asked: "is Britney okay?"

One even mocked the "If U Seek Amy" songstress and responded: "another fun one for my middle-of-the-night Instagram scroll. When I wake up I won't be able to remember if I dreamt it or if it really exists."

Another concerned fan pointed out that someone needs to check on Britney. "We need someone to check on her."

It was previously reported that the 90s pop princess has been under conservatorship since 2008. This means Spears does not have total control of her finances and other important life decisions.

To recall, she experienced several mental breakdowns, including the infamous 2007 incident when she casually marched into a random hair salon and shaved off her hair.

Following this, her father James Spears was placed by the court as her permanent conservator by giving him complete control of her assets.

However, this has sparked debate as to why the 38-year-old music icon, who is a multi-millionaire with a string of platinum-selling records, still needed a conservator.

Loyal supporters of Spears flocked to Twitter and used the hashtag #FreeBritney to insist that the "Stronger" singer does need legal guidance and must be released from her court-mandated conservatorship.

Fans also believe she is being unlawfully held by her father, as well as her lawyers who are connected to the said case.

"There's been no formal request by her to get out of conservatorship," L.A lawyer Troy Martin -- who examined her case files -- told the USA Today in his 2019 interview.

READ MORE: [Rumor] Will Smith Allowed Jada-Pinkett Smith To Have An Affair