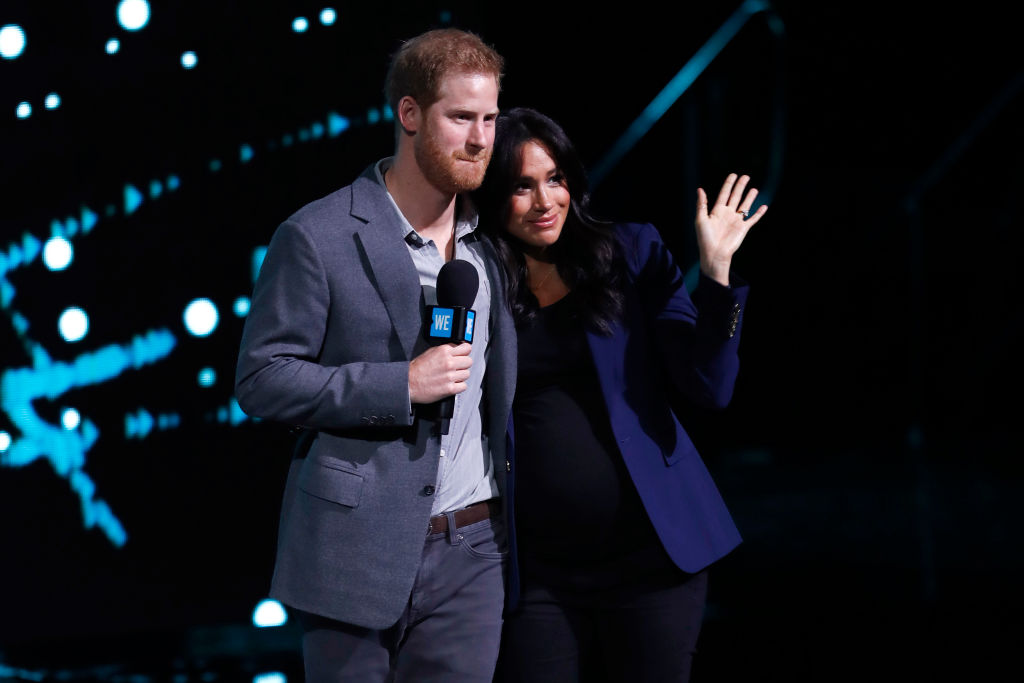 Author and reality TV personality Lady Colin Campbell once again took a savage swipe at Prince Harry and Meghan Markle, as she compared the pair to German leader Adolf Hitler.

In her recent interview with FUBAR Radio's "Access All Areas," Campbell unleashed the scathing remarks about the Duke and Duchess of Sussex and their recent works.

When asked by the show's hosts Joanna Chimonides and Stephen Leng about her opinion on the couple's post-royal life, the 70-year-old socialite and television personality slammed Prince Harry and Meghan's activism and their participation in the Black Lives Matter movement.

"I have no doubt that they tell themselves they're doing the right thing, but we also need to remember that history is littered with people who thought they were doing good. I only have to mention Adolf Hitler, not that I'm putting them in the same camp as him," Lady C shared, per Metro UK.

The British author -- who wrote the London and New York Times bestsellers "Diana in Private" and the 1998 book "The Real Diana" -- then stressed that leaders like Hitler and Chinese communist revolutionary Mao Zedong caused million of deaths among its countrymen while believing they were doing the right thing.

"So I'm sorry you know, history's littered with people who are deluded enough to think that because they want black to be white, that black is white. Black is black and white is white," Campbell added.

Royal Expert Accused Meghan Markle Of Being The Mastermind Behind "Megxit"

Campbell continued to lash out at the most sought-after couple in the world and claimed that the former "Suits" star is the mastermind behind "Megxit." She also accused Markle of successfully pushing her husband to leaving the royal family.

"If you believe for one second that Harry had anything like this up his sleeve you believe in the tooth fairy and the pig airline," Lady C added before mentioning that Prince Harry would still be safe and sound in the U.K. if it was not for Duchess Meghan.

"Had Harry married anyone else, the Duke and Duchess of Sussex would be here safe and sound in Kensington Palace. It's completely Meghan."

In previous royal family news, the Sussexes announced their plan to step down as senior members of the Firm in January 2020 and officially left the monarchy last April.

The two have been living in their $18 million hilltop mansion in Beverly Hills, along with their 1-year-old son Archie and Meghan's Mother, Doria Ragland.

The "Celebs Go Dating" star, who previously called the 38-year-old duchess a "fame addict," also claimed that Princess Diana would have been "horrified" by the couple's decision to quit the Firm.

"Diana, whatever her failings, was not into making money, or as Harry and Meghan put it, financial independence... I cannot see that any aristocrat or royal would be anything but horrified by what's happened," Campbell said.